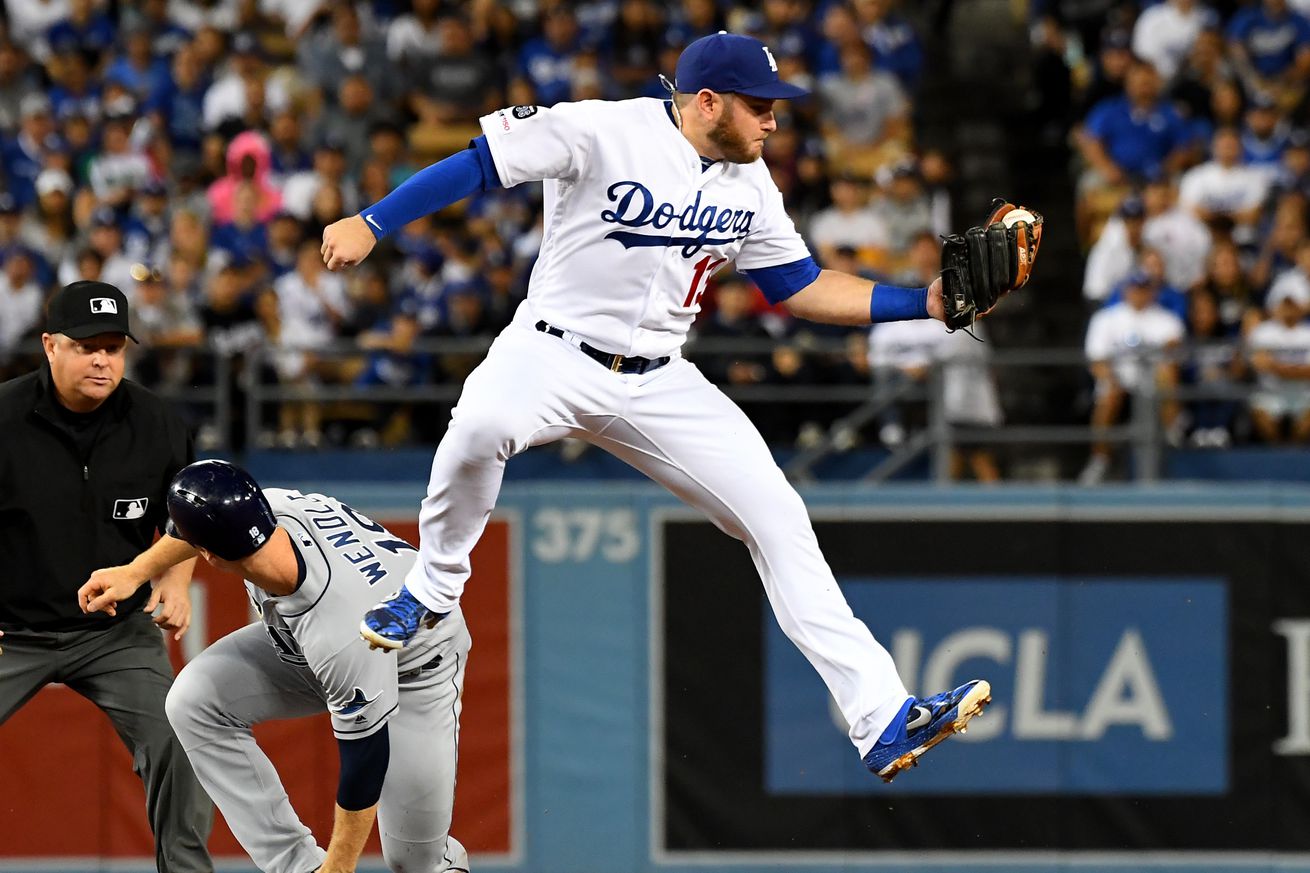 Max Muncy and Joey Wendle were once A’s prospects

Second base has been a thin position for the Oakland A’s over the last decade.

In 2011 it looked like Jemile Weeks might be the answer, but he didn’t pan out long-term. During their 2012-14 postseason run it was a specific area of weakness, with Eric Sogard doing his best to adequately fill it alongside various platoon partners. They rented Ben Zobrist in 2015 but he only played 34 games at 2B before being traded away.

In 2016 Jed Lowrie moved over from shortstop, and from 2017-18 he was excellent, but then he left and the keystone was exposed anew. Jurickson Profar didn’t fit the bill in 2019, and in 2020 they punted the position entirely with a rotation of bench players until acquiring Tommy La Stella at the trade deadline.

During that time, several interesting infield prospects have come up through the system. Unfortunately, many of the top ones didn’t work out and/or were traded away, including Grant Green, Miles Head, Addison Russell, Daniel Robertson, Yairo Munoz, Max Schrock, Franklin Barreto, and Jorge Mateo. Of that list, only Russell, and to a lesser extent Robertson and Munoz, found any MLB success elsewhere. Chad Pinder is still here, but he now seems to play almost every position except second base.

Two of the old prospects did make it though, but unfortunately in other uniforms, and now they’ll face off in the 2020 World Series. Neither of them primarily plays second base anymore (one is at 3B and the other at 1B in Game 1), so it’s arguable whether they would have been answers to Oakland’s recent need, but it’s easy to imagine how they could have been.

The A’s acquired Joey Wendle from the Indians after 2014, for Brandon Moss. Many folks saw it as an underpay by Cleveland, but that opinion didn’t appreciate how deeply Moss’ injury issues, age, and rising arbitration salary had sapped the trade value of his one-dimensional profile. And indeed, he was never very good ever again, and in 2015 he was far less productive than the A’s eventual new 1B Mark Canha.

At the time Wendle was considered an underrated stats-over-tools type of sleeper prospect, but unfortunately he never made his mark in Oakland’s organization. After three mediocre seasons in Triple-A, and just 36 games in the majors, they A’s cut bait and traded him to the Rays after 2017. The key moment came earlier, in spring 2017 when it looked like Wendle might finally get a real chance in the bigs, but he suffered a minor injury at the worst possible moment and then Lowrie (who had flopped in 2016) turned into an All-Star-caliber hitter for the next two years to claim the position.

Wendle finally found himself in Tampa Bay. In 2018 he played 139 games and banked 4 WAR, thanks to a .300 batting average, .354 OBP, 117 wRC+, 16 steals, and positive defensive metrics at second. He fell off in 2019, dipping below 1 WAR, but in 2020 (now age 30) he bounced back into essentially the same quality played he’d been two years prior. He played slightly more 3B this summer than 2B, but made an equal number of starts at each spot, and even filled in at SS a few times.

A plus-hitting lefty super-sub infielder who can handle 2B, SS, and 3B? Oh, how the A’s could have used one of those this year.

Meanwhile, Oakland drafted Max Muncy in the 5th round in 2012. He was a first baseman back then, but over the next few years his profile expanded to include third base. He hit well in the minors, with excellent walk and strikeout rates but not as much power as you’d like from a corner infielder. He made his MLB debut in 2015 and was generally overmatched in 45 games, but the book wasn’t closed yet.

In 2016 the A’s began to try Muncy at second base. Despite loving Muncy at the time, I admittedly didn’t like the strategy of putting him at second, especially with other seemingly higher-ceiling 2B prospects like Wendle and Pinder on hand begging for playing time. Muncy hit even worse than he had the year before, despite sparkling rates of 15.0% walks and 18.0% strikeouts, and at the end of spring 2017 they released him.

At that point any team could have had Muncy, and it was the Dodgers who took a chance. In 2018, out of absolutely nowhere, he broke out and slugged 35 homers (with a .391 OBP) while playing four positions, earning 4-5 WAR, participating in the HR Derby, and blasting a walk-off dinger in Game 3 of the World Series. In 2019 he was an All-Star, with another 35 long balls. In 451 games over five minor league seasons in the A’s system, he’d hit 38 total homers, but at age 27-30 he’d suddenly developed the power that he’d always needed to round out his profile.

What can you do? Muncy turned out to be an unexpected late-bloomer who needed a change of scenery. Wendle almost had his turn in Oakland, but an ill-timed injury set him back and then the spot got taken by a star for the next two seasons. The A’s pull this trick on other teams all the time, reviving their busted prospects, so it’s hard to be too critical when it happens back to them. Heck, Moss himself was such an example of similar reboot success.

On the bright side, the green and gold weren’t left totally empty-handed by this whole episode. When they dumped Wendle to Tampa Bay, they got back a new sleeper prospect in catcher Jonah Heim. Once again the lotto ticket panned out, and now Heim is the backup catcher in Oakland. He didn’t do much in the stat column in his first taste of the bigs, but the fact that he made it at all is a huge first step, and at age 26 next year he has the chance to continue developing into a quality, above-average player.

In the meantime, Muncy and Wendle are thriving, as a reminder that nobody can fully predict baseball. By the end of next week, one of them will have a championship ring.