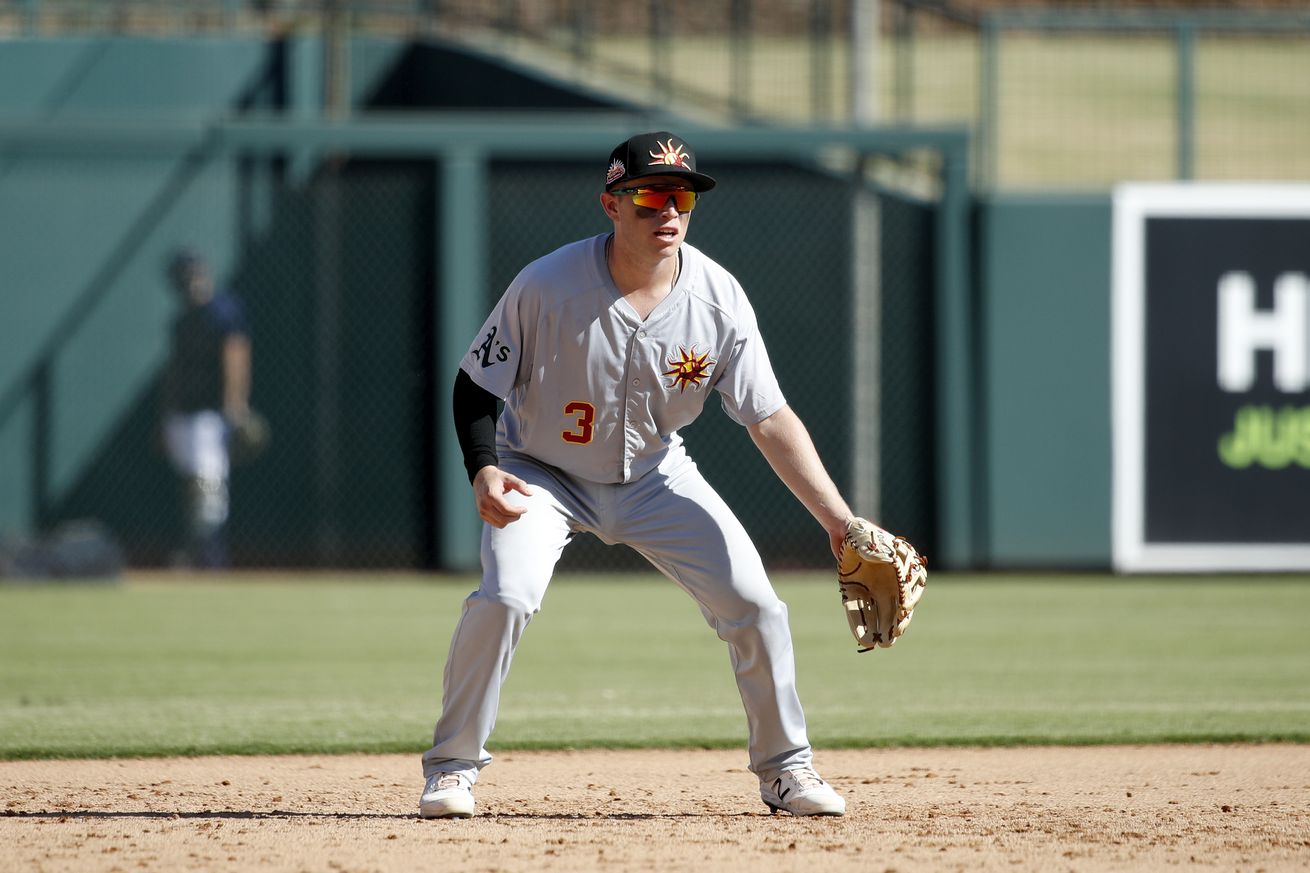 Look for these names in the Cactus League box scores.

Last Friday, the Oakland A’s announced a list of 10 prospects who will be invited to spring training in 2020. The team’s contingent of non-roster invitees is now up to 21, including nine minor league free agents signed in November and two more signed last week.

There are various reasons why a prospect might be invited to MLB spring camp, so getting this call doesn’t necessarily tell us any one particular thing about any of them. It definitely doesn’t mean that any of them are actually in the running for the Opening Day roster, which none of them are. But they will get to be around the big leaguers and top coaches for part of the Cactus League, and they’ll get some chances against better competition than they would see in minor league camp.

The 10 prospects include six that were on our Community Prospect List last winter (their pre-2019 rank is in parentheses), plus this summer’s 1st-round draft pick:

Anderson is the only one of the group who has appeared in the majors, as he pitched a few games for the Pirates in 2018 and made five starts for the A’s this year. He was DFA’d in September after posting a 6.04 ERA, but remained in the organization after being outrighted to Triple-A.

Dunshee and Howard both reached Triple-A last year despite their lack of velocity. However, neither performed well there, with Dunshee struggling to find consistency over 20 outings (5.38 ERA, 6.21 FIP) and Howard bombing out completely after four starts (22 earned runs, 14.1 innings). The book isn’t closed on either sleeper pitcher, though, and their development will continue in MLB camp in February.

Allen and Deichmann are two of the biggest names on the list, and have both raised their stock since last winter’s CPL placements. Allen was a highly touted high school draft pick whose glove is considered elite, and he enjoyed a breakout at the plate this year at age 20 in High-A before ending his season early due to an ankle injury (from which he’s now recovered). Deichmann was the A’s 2nd-round draft pick in 2017, and after a disappointing start to his pro career he enjoyed a massive breakout in the Arizona Fall League a couple months ago.

Romero cracked the bottom of the CPL last winter, and then held his own this summer in the extreme hitter’s environment of Triple-A Las Vegas. He’s a pure reliever but has encouraging stuff. The same can be said for Charles, who brings triple-digit heat and jumped up to Double-A this year. However, note that Charles is still eligible for the Rule 5 draft, so it’s possible he doesn’t make it to spring in Oakland’s organization … but if he does stick around, then he’s a good bet to make our CPL for the first time.

Davidson was the A’s 1st-round pick this summer, and 29th overall. After the draft he got his feet wet at Low-A Vermont, where the switch-hitter posted a decent 112 wRC+ and knocked a few homers. Look for him in the upper-half of the next CPL.

Bracewell is the oldest name in this group, at age 29 already. He wasn’t drafted out of college, but has been in the A’s organization since 2014, where he’s been generally reliable in a variety of roles — he boasts a career sub-4.00 ERA at each of A+, AA, and AAA, and nearly half of his upper-minors outings were starts. This year he threw 72 innings out of Vegas’ pen and was the rare pitcher who managed to keep the ball in the park (4 HR, 3.13 ERA, 4.32 FIP).

Payton was acquired last winter in the minor league portion of the Rule 5 draft, and then broke out at age 27 in the hitter-friendly Pacific Coast League. He swatted 30 homers, posted a 148 wRC+, and displayed excellent K and BB rates. The lefty also played for Team USA last month in the Premier12 tournament.

Of that list, Anderson and Dunshee were NRIs in Oakland’s camp last year as well.

A’s pitchers and catchers will report on Feb. 12, with the first full-squad workout following on Feb. 17. Their first game will be Feb. 22 against the Cubs.