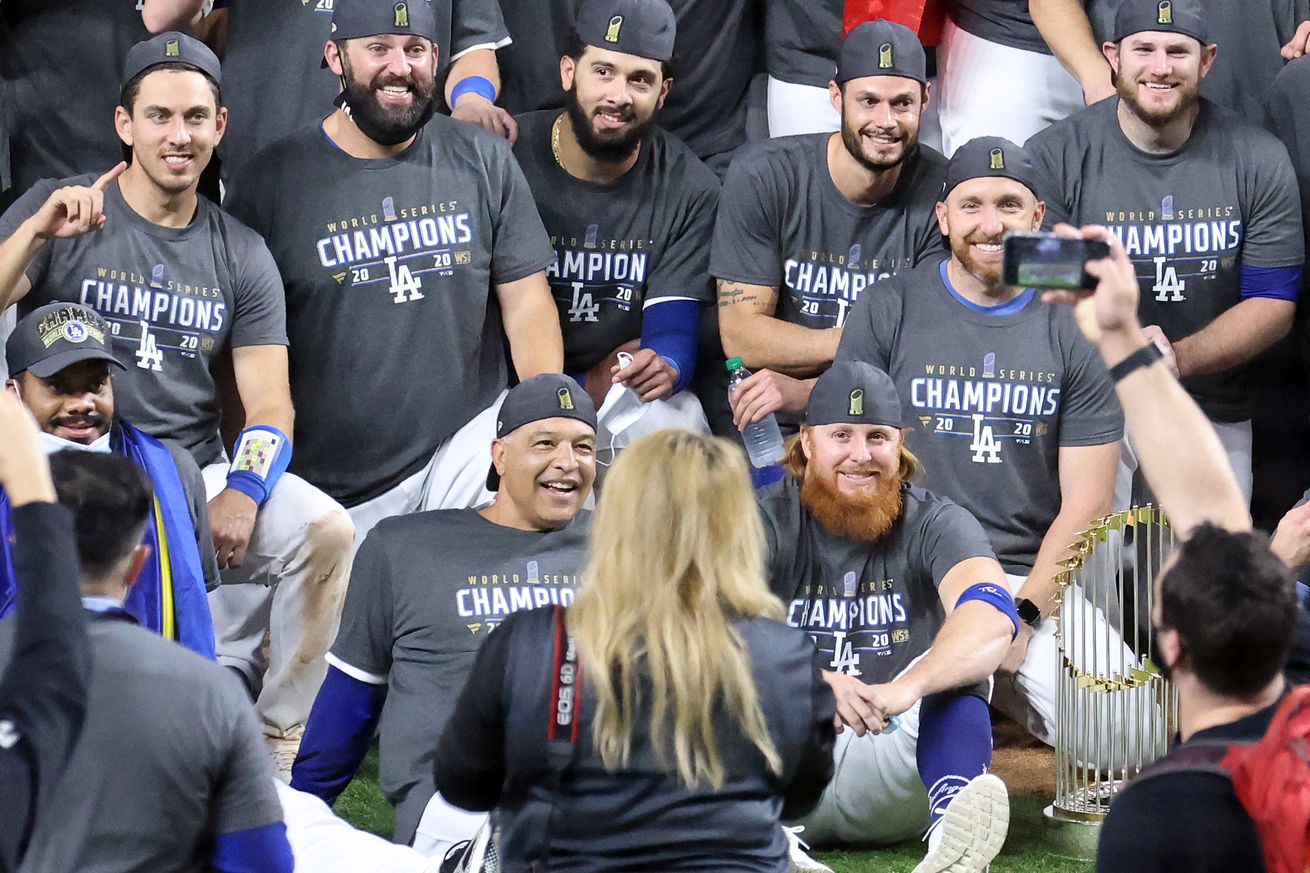 Within minutes of winning the 2020 World Series, the Los Angeles Dodgers already found themselves in the middle of baseball’s next controversy.

Third baseman Justin Turner had been pulled from the clinching game due to a positive coronavirus test, but he violated the league’s isolation orders to return to the field and celebrate with his teammates. He received instant and harsh criticism from fans and the media for putting the rest of the bubble at further risk, but MLB chose not to discipline him in any way after a public apology and internal investigation.

The last few days brought the seemingly inevitable next step in the story. The Dodgers have reported nine new coronavirus cases among their team and staff, plus one more family member, per Minyvonne Burke of NBC. Five were known by Thursday, with more coming to light on Saturday.

Of course we can’t know for sure that Turner’s post-game actions were directly responsible for these new positive tests. Even if we assume he was the source of the outbreak, remember that he had already been exposed to his teammates throughout the day beforehand and for several innings of play — the spread may have already occurred before he even exited the game. But that doesn’t excuse his decisions, and it’s still easy to wonder if the added exposure time played a role in any of the new cases.

Please stay safe, everyone. Wear your masks, keep your circle small, take extra care of your personal health, and be kind to each other.

Liam gets his trophy

Oakland A’s have signed former #Indians 26yr old RHP Argenis Angulo to a minor league contract w/ an invite to Spring Training. Angulo was drafted by Cleveland as a 19th Round Pick in 2014 out of Ranger College.

Ray re-signs with the team that acquired him at the deadline, in one of the first notable transactions of the offseason (also the first major data point for setting this winter’s market financially)

First free agent deal of the offseason is done. Left-hander Robbie Ray and the Toronto Blue Jays are in agreement on a one-year, $8 million deal, a source familiar with the contract tells ESPN. Good start to the hot stove for Toronto, which will use Ray as a starter, and for Ray.

The Tigers have made more coaching hires, sources tell me and @Britt_Ghiroli.

Chip Hale as third base coach.

On Sunday we lost Jeopardy! host Alex Trebek, an absolute legend, at age 80 after a long battle with cancer. As a longtime pub trivia host named Alex myself, I felt a connection to him, as I’m sure many people did for their own reasons.

My love of calling out pub quizzers for embarrassing wrong answers was inspired by Trebek.

In honor of Alex Trebek here is him roasting panelists for knowing nothing about sports pic.twitter.com/0Uut225D0p

He would have gotten along great on Athletics Nation. FTG!!!

Alex Trebek did not like the Giants, and he didn’t hide it! Grateful he fought long enough to see his Dodgers win a World Series. https://t.co/5WWOjgZjNo #clippit

As a fun fact, Giants writer Andrew Baggarly was once a contestant on Jeopardy! and won three episodes before finally getting beaten — on a Final Jeopardy question about Olympic Sports. D’oh!

I loved how Alex pronounced words like genre and Qatar. I loved how, in subtle ways, he beamed with pride when a contestant found their footing after a rough start. I loved how he championed facts and knowledge. He didn’t host a TV show. He curated a beloved institution. RIP. https://t.co/bjYhpJFcfd

Who is: the best game show host of all time?