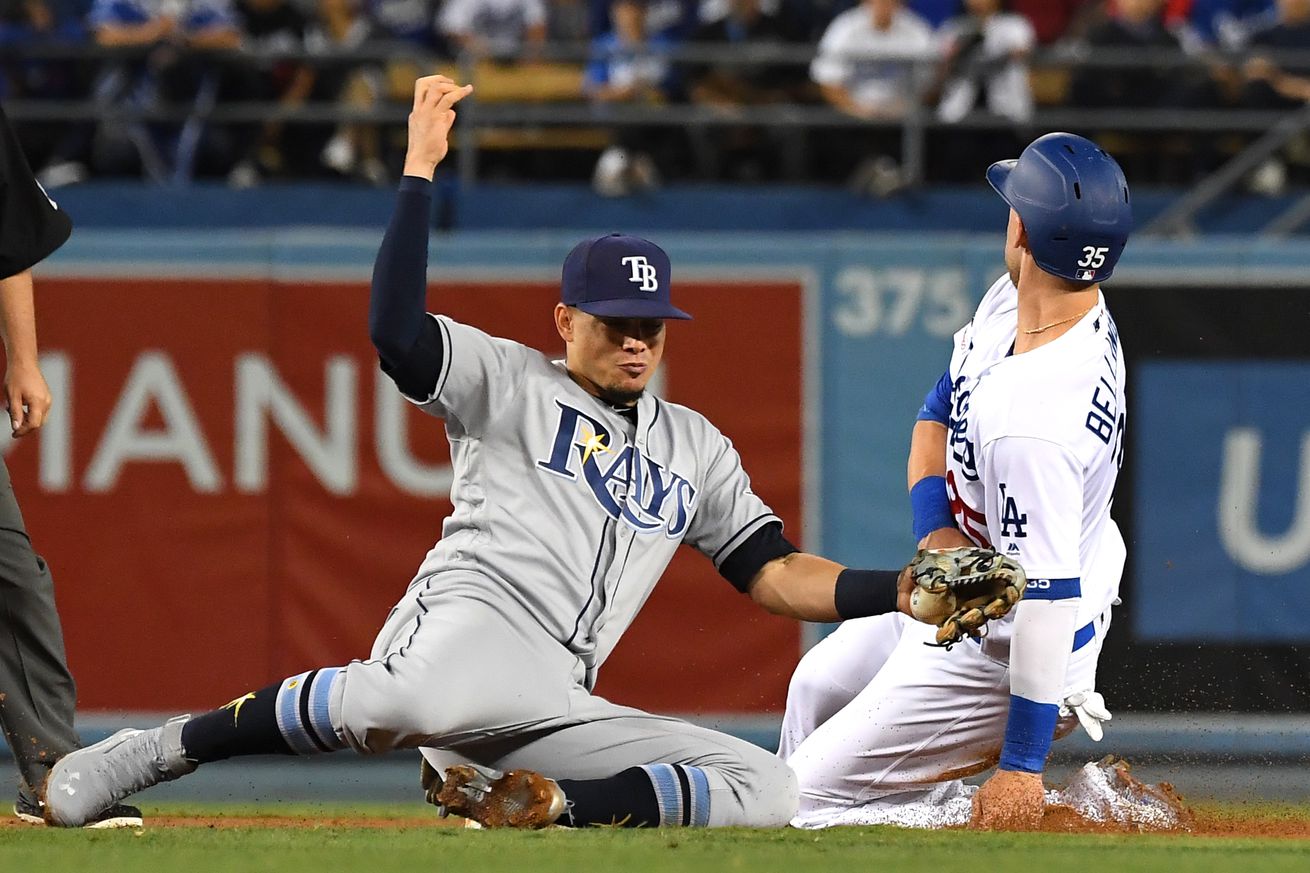 We finally know the 2020 World Series matchup. It’ll be the Los Angeles Dodgers against the Tampa Bay Rays this week, for all the marbles.

Both teams had to go the distance in their league championship series, the first time since 2004 that both the ALCS and NLCS have gone seven games. The Dodgers punched their ticket Sunday night, with Cody Bellinger’s 7th-inning homer pushing them over the top.

Both of these clubs have waited decades for a ring. The Rays have never won a title in their 23-season history, and this is the second time they’ve reached the World Series (also 2008). The Dodgers last won in 1988, in case A’s fans forgot, which is the 10th-longest drought in the majors (Indians lead at 72 years). Of course, Los Angeles went to the Fall Classic in 2017 and 2018, and both times they lost to teams whose managers were later suspended by the league for cheating.

The Series begins Tuesday, and the whole thing is televised on Fox. The site is Globe Life Field in Texas, and the Dodgers begin as the home team for the first two games. Here’s the schedule (all times Pacific):

The “away team” Rays will start right-handed pitcher Tyler Glasnow in Game 1, and lefty Blake Snell in Game 2. The “home team” Dodgers have not yet announced any starters. Here’s more info on Game 1.

Personal take: I prefer to see new teams win, instead of the same ones over and over, so I like this matchup because whoever wins will be snapping a long drought. The Rays are particularly sympathetic, in similar ways to the A’s, and even though the Dodgers are financial bullies they’ve still endured some tough luck in recent years (plus their victory would annoy Giants fans). In particular, I tend to root for whichever team has never won before, so that means the Rays this time, but I’ll be happy for whoever earns it. Here are 7 reasons Tampa Bay might win.

Another interesting note: Both teams were the No. 1 seeds in their leagues. That’s rare in baseball, and it’s especially surprising to see it in the year of expanded playoffs, when we were all worried about some sub-.500 sixth-seed blitzing their way through a fluky tournament (which almost happened, with the Astros). There’s a certain satisfaction to be found in the fact that the 2020 regular season meant something after all, and one of the best teams will win the ring.

SB Nation coverage: For local coverage, True Blue LA and DRaysBay happen to be two of our very best baseball communities and I highly recommend both.

Perhaps the best part of the amazing 2020 NLCS was the matchup of Dodgers catcher Will Smith vs. Braves reliever Will Smith

Will Smith homers off the newly-named Won’t Smith

This stat is blowing my mind

Charlie Morton now has 4 wins in winner-take-all games, twice as many as any other pitcher in postseason history

And Arozarena didn’t hit any in the Wild Card Series, so this isn’t even a product of the expanded 2020 bracket (and either way, his total of 14 games so far is well within reason)

In my time in the A’s clubhouse I also found Treinen to be extraordinarily kind, friendly, humble, and down to earth. Easy person to root for.

Really happy for Blake Treinen, whose season last year ended in frustration with injury and this year he throws 2 scoreless innings in Game 7 to get his team to the WS. Couldn’t happen to a nicer man.

At least there’s no Angel or West

And remember, the 26-man roster has limitations on how many can be pitchers as well

An interesting point worth considering

Dear coaches of the sports: thanks for all you do. Please, please stop calling those running drills “suicides.” It silently pains at least one player on your team every time, guaranteed. Thank you.

Julian says exactly what I was thinking here

Baseball is just lost. What the hell is that base cam and what is its purpose?

This isn’t baseball, but it made me happy, so maybe it’ll do the same for you

During a recent appearance on ‘Jimmy Kimmel Live’, @johncusack spoke about the night he was courtside to witness an iconic exchange between Michael Jordan and Kobe Bryant.

So I went ahead and put this edit together… pic.twitter.com/tTlXMpyhCX