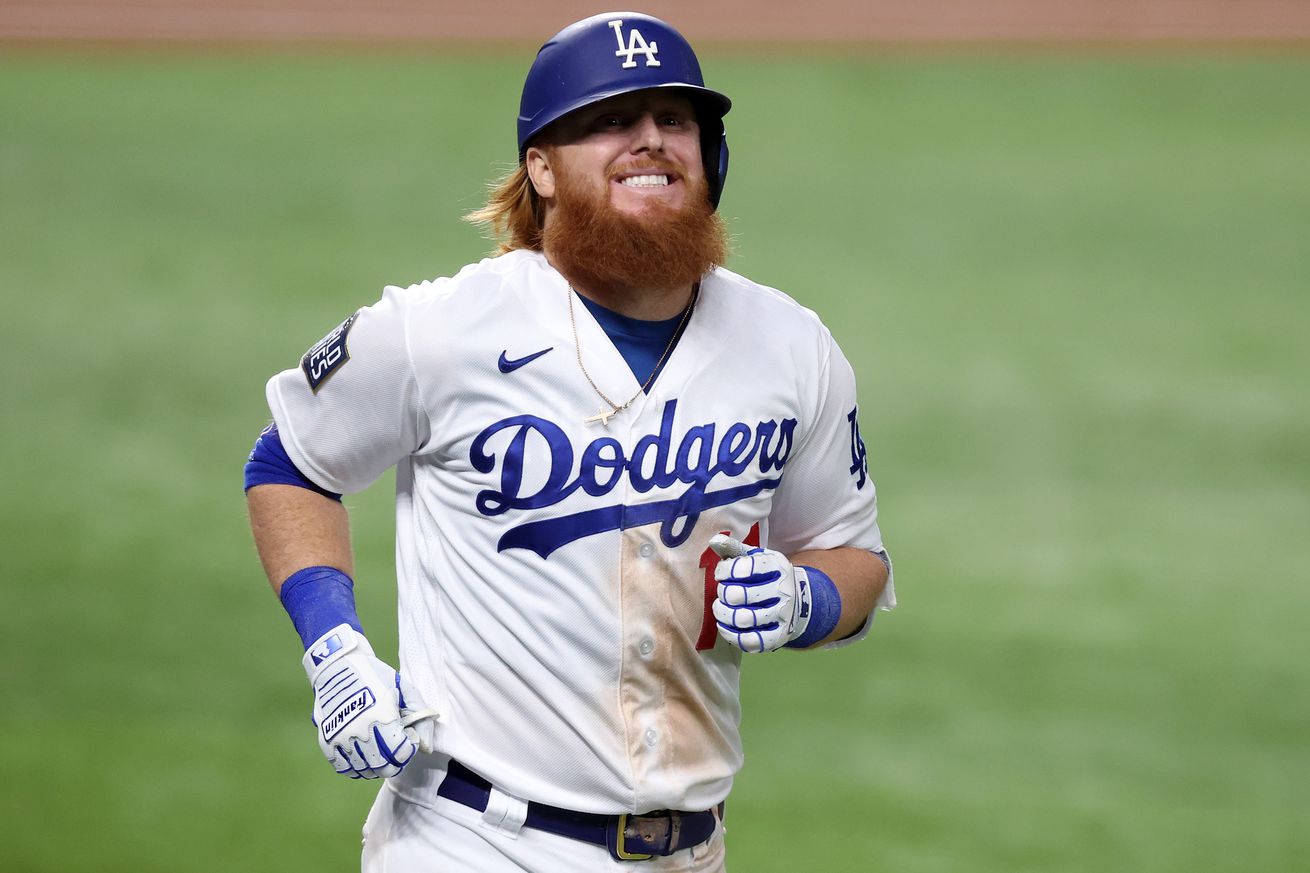 It worked out nicely that I didn’t get Rumblings up this morning, because all the interesting news came out throughout Friday and now it won’t have to wait until Monday.

The top headline of the day was the conclusion of MLB’s investigation into Justin Turner. The Los Angeles Dodgers third baseman received a positive test for coronavirus during the final game of the World Series, and instead of staying isolated he returned to the field after the final out to celebrate the championship with his teammates.

Commissioner Rob Manfred chose not to punish Turner at all, releasing the following statement:

Major League Baseball has completed its investigation of the events following the Los Angeles Dodgers Victory in Game Six of the World Series. The following statements from MLB, Justin Turner, and the Dodgers were released today. pic.twitter.com/cVu1E6g7lT

In short, the investigation concluded that Turner was encouraged to return to the field by his teammates, and allowed to do so by at least one team employee. Manfred acknowledged wrongdoing by all parties, including Turner, the Dodgers, and MLB itself, but decided that Turner’s apology and the remorse he’s shown, on top of an otherwise positive reputation, were enough to close the matter.

Between this anticlimactic Turner result, and Alex Cora getting hired back by the Boston Red Sox to his old job as their manager almost immediately after finishing his one-year suspension for cheating, it was a great day for baseball people who broke rules and did things wrong.

The offseason awards are continuing to trickle in, though the top ones won’t come until next week. Until then, we got the Silver Sluggers on Thursday, and the Platinum Gloves on Friday.

First up, the AL Silver Slugger lineup. (Click here for the NL winners.)

It’s the eighth win for Trout, and the fourth for Cruz. Good showing by the White Sox, who nabbed three spots.

As for the Platinum Gloves, they went to third baseman Nolan Arenado in the NL, and left fielder Alex Gordon in the AL. The Arenado pick is no surprise, as it’s his fourth straight year winning the award — unfortunately, his high school teammate Matt Chapman couldn’t join him for the third year in a row.

However, the Gordon pick is unexpected. It’s his second career win, but the first was back in 2014. He was still good this year at age 36 and was a reasonable pick for the Gold Glove, but he’s a tough sell as the top defender in the entire league in 2020. Considering that the Platinum is determined by a fan vote, and Gordon is a beloved player who already announced his retirement, this feels like more of a lifetime achievement award.

That said, I can’t immediately tell you who else should have won over him, since none of my favorites were even eligible on account of not winning Gold (that would be Kevin Kiermaier, Byron Buxton, and Matt Olson). Maybe catcher Roberto Perez deserved to get one? Gordon is at least not a bad choice, though, so congrats to him on one final bit of hardware at the end of a wonderful career.

See Bollinger link above for more details on Ohtani

The #Angels provided an update on Shohei Ohtani…

He’s been throwing for about a month. His throwing has been extended to about 120 feet, about 75-80 percent effort.

Ohtani is expected to be healthy for the start of spring training and again be a two-way player.

A.J. Hinch gets his new pitching coach in Detroit

Fetter’s hiring by the #Tigers is a significant win for Detroit within the AL Central. He was the top choice among a number of high-level executives in the #WhiteSox front office for their pitching coach job. @MLBNetwork @MLB

At the risk of sounding political, this is a pretty funny tweet by a major sports brand

Since many people are asking, no we can’t stop counting fantasy points after you take a lead during Thursday Night Football.