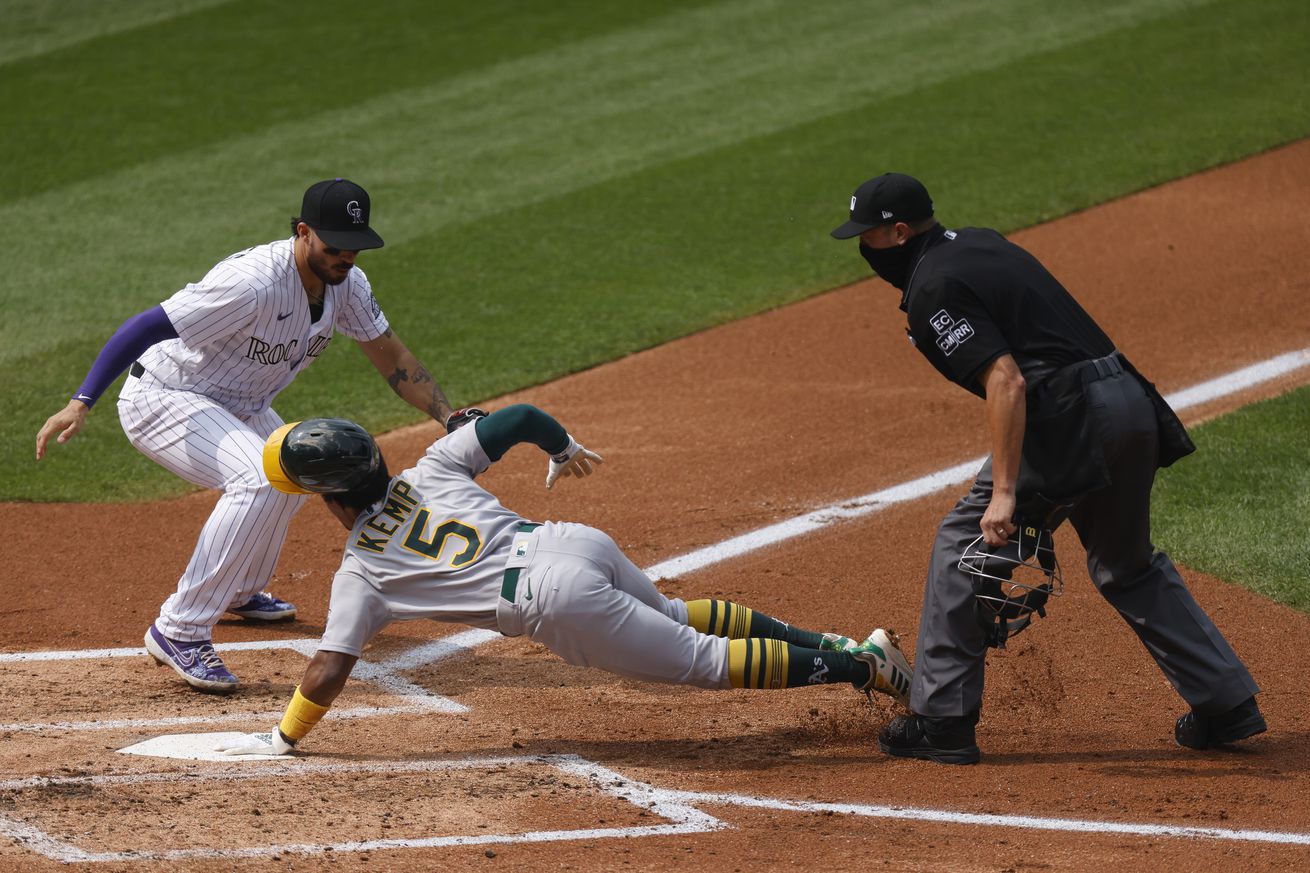 Caption contest for this photo in the comments section! | Photo by Justin Edmonds/Getty Images

The Oakland A’s only played 60 games during the 2020 season, plus another seven in the playoffs. But even in that short time, they managed to pack in a ton of great memories, as well as a cathartic postseason series win that none of us will soon forget.

There were so many exciting, iconic, or otherwise incredible moments during this truncated campaign, so naturally the question for November is: Which one was the best?

The A’s ace social media team is already on the case, putting together a bracket of top moments from 2020. Here’s what they came up with, with a mix of significant plays and simply beautiful ones:

Lacking some Monday motivation? Allow us to distract you with the 2020 Best A’s Moment Bracket Challenge! Pick your favorite plays all week long and we’ll crown the ultimate champ on Friday. pic.twitter.com/msDSoTWAUM

There are 16 entries, seeded in the following order. Most of them have links to either an AN article or at least a video highlight:

And the voting has already begun! Here are the first few matchups, beginning with No. 1 Hendriks vs. No. 16 Kemp.

I can’t say for sure that “Barehanded Diek” was the optimal phraseology, but nevertheless here is No. 4 Laureano vs. No. 13 Olson/Diekman.

And the winner is…

Last one of the day

Which moment was your favorite of 2020? Are there any you think are missing from the list, such as perhaps one of Pinder’s many big hits in the playoffs?

Los Angeles Dodgers Hall of Fame great Tommy Lasorda has been hospitalized in Orange County. Lasorda, 93, was admitted and he is in intensive care, resting comfortably. The family appreciates everyone’s thoughts and prayers; however, they request their privacy at this time.

Lots of former A’s on this year’s HOF ballot!

Appears the A’s have released pitching prospect Nathan Patterson, one of the feel-good stories of 2019

Not to open this can of worms again, but it sure looks like Kyler made the right choice in the end

That seals it: Kyler Murray is the best football player to have ever played in the Cape Cod Baseball League.

Kim Ng: “Girls can see it. There’s an adage, ‘You can’t be it if you can’t see it.’ Now you can see it. I look forward to hearing all their stories and just how inspired they are to pursue a job in sports, a job in baseball, and to reach for the stars.”

Kim Ng: “I marvel at many of the girl athletes I see today. They just let it all hang out on the field. I wish I could be as carefree as they are. They’re just doing something they love. That’s all they’re doing. They are an inspiration to me.”