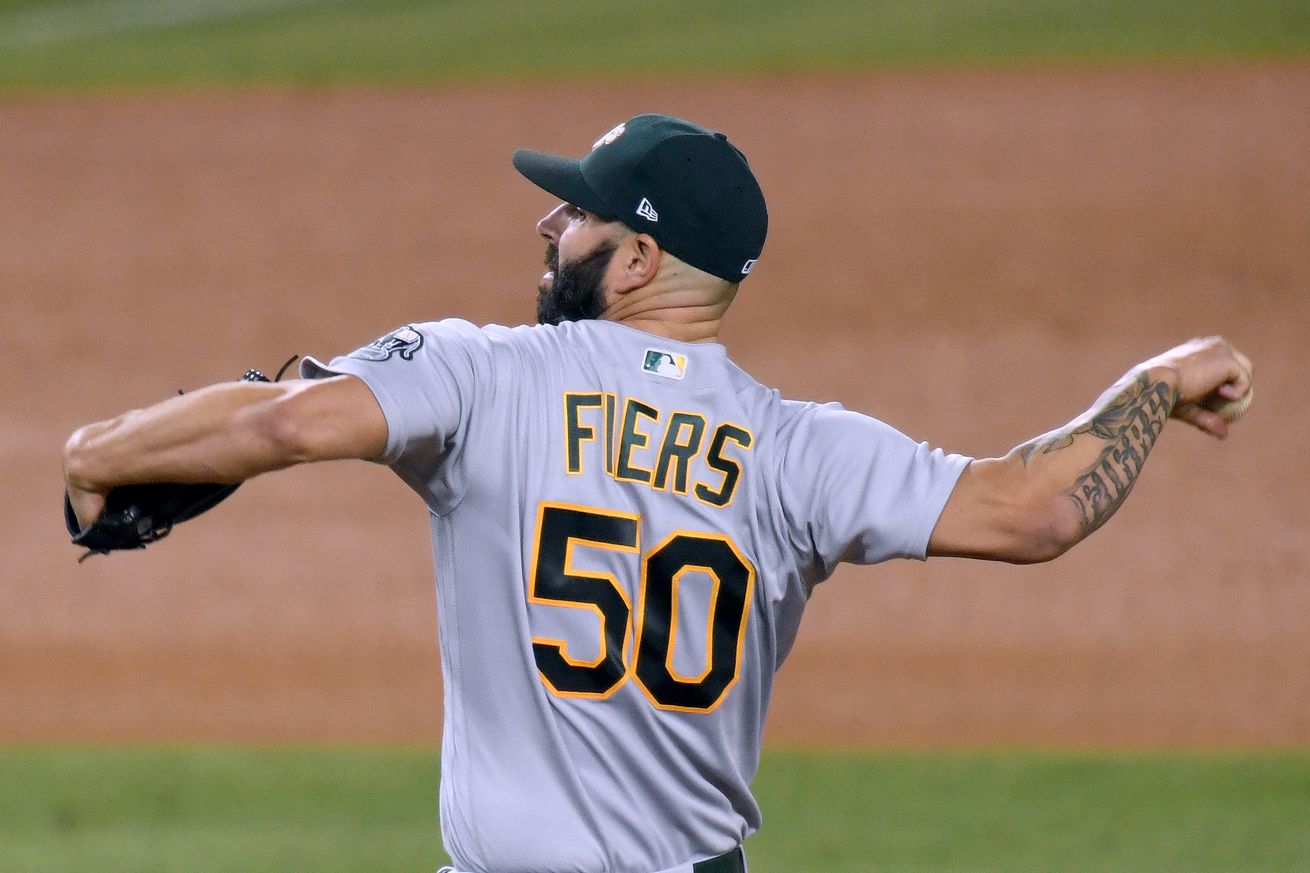 Four games left until the playoffs!

The Oakland A’s scored one run on Thursday, and recorded just three hits. That’s about all you need to know, in a game between two heavyweight clubs that already clinched their respective division crowns days ago.

The A’s dropped a 5-1 decision to the Los Angeles Dodgers, completing a two-of-three series win for L.A. With the loss, Oakland moved back down a spot in the AL playoff seeding, to the No. 3 seed.

The green and gold started the game with Mike Fiers on the mound, and the right-hander worked five innings with just two runs crossing the plate. L.A. scored right away in the 1st inning, and then Corey Seager hit a solo homer in the 3rd.

Unexpectedly, the A’s turned to rookie starter Jesús Luzardo for long relief behind Fiers. The lefty went the rest of the way, completing three innings but also allowing three runs in a long rally in the 6th.

After pitching tonight, Luzardo certainly won’t be starting any of the A’s final games against the Mariners the next few days. However, he could be ready in time for a postseason game next week, with the opening three-game series set between Tuesday and Thursday.

“Bob Melvin said [the A’s] used [Luzardo] in relief to keep him on regular work and keep him as an option for first round of postseason,” said John Hickey of Sports Illustrated in a tweet.

On the other side of the ball, the A’s had little to offer. There were only three hits and three walks, and it took until the 7th inning just to reach third base — on a wild pitch, no less, and the runner was stranded. Even Tommy La Stella struck out twice, after just three Ks in his first 93 plate appearances for Oakland.

Finally, in the 8th, the A’s at least avoided being shut out, thanks to catcher Sean Murphy.

That’s his seventh dinger of the year, or maybe seventieth; it’s difficult to keep track of reality this summer and Murphy has been extremely hot. Either way he destroyed the ball, at 107.3 mph in exit velocity, and 422 feet in distance.

And that’s a wrap. The A’s lose, which is kind of a good thing if you agree with me that the Houston Astros (No. 6 seed) are a more favorable matchup than the Cleveland Indians (current No. 7 seed). Now Oakland heads back to the Coliseum for four games against the Seattle Mariners to finish the regular season, beginning Friday at 6:40 p.m.