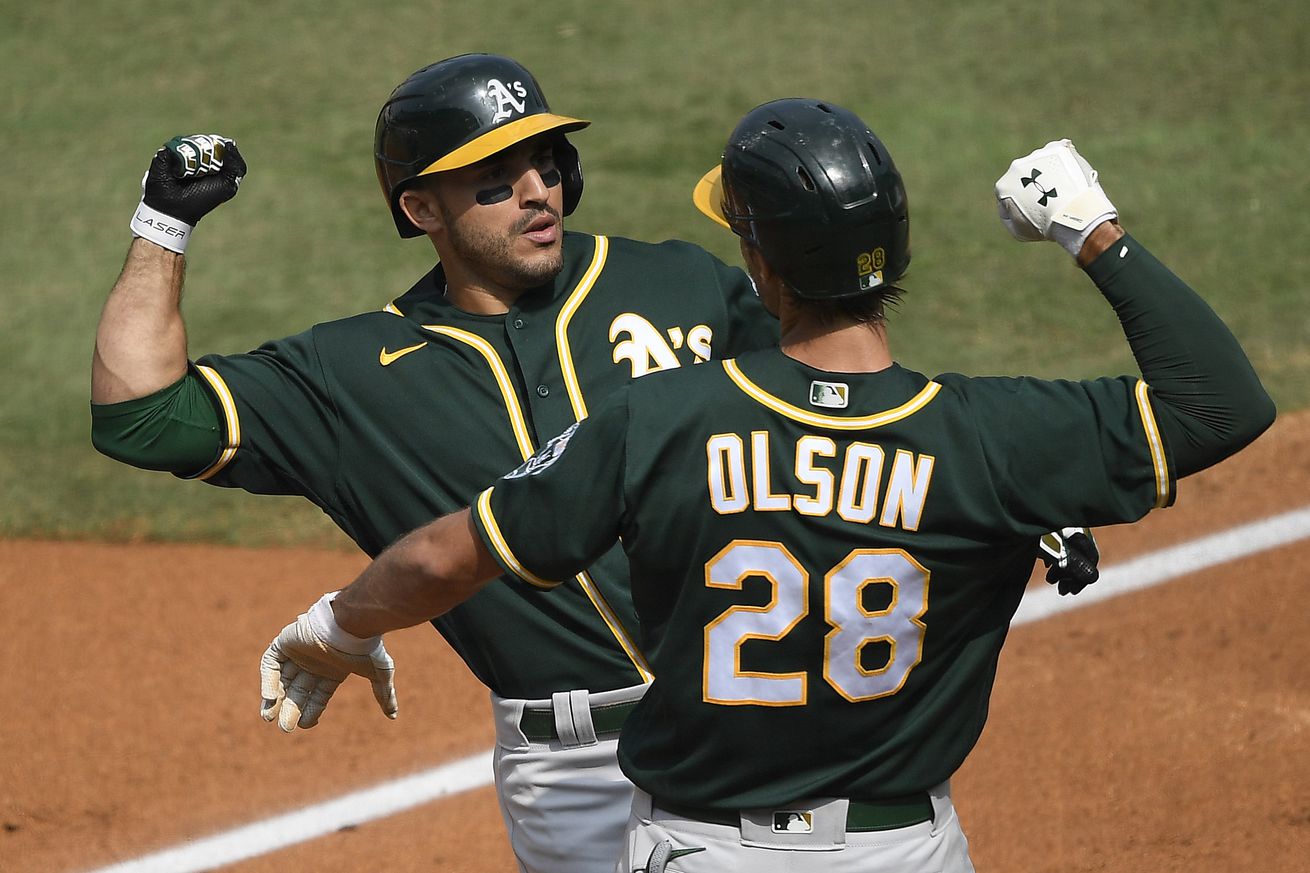 They’re each in the Top 3 at their respective positions.

The 2020 MLB season was shortened to 60 games due to the coronavirus pandemic, but there will still be a full slate of offseason awards as usual. That begins with the Gold Gloves, and on Thursday the finalists were named, representing the Top 3 finishers at each position in each league. Click here to see the full list.

For Olson, this is his third straight year being a finalist, after winning the award in both 2018 and 2019. Laureano has never reached the finalist level before.

Olson’s competition consists of Yuli Gurriel of the Astros, and Evan White of the Mariners. Meanwhile, Laureano is up against Byron Buxton of the Twins, and Luis Robert of the White Sox.

Third baseman Matt Chapman, who also won twice in 2018-19, did not get a finalist nod this time. Chapman missed over one-third of the season to a hip injury, which also hampered his performance even when he was on the field. This year’s 3B award will go to either Isiah Kiner-Falefa of the Rangers, Yoan Moncada of the White Sox, or Gio Ushela of the Yankees.

It would be an all-time snub if Olson didn’t win, with respect to the competition. In my opinion he should be in the conversation for the Platinum Glove this year. His impact at first base is so next-level that it turns an otherwise afterthought of a position into an actual game-changing force. He makes throws across the diamond to third base that nobody else even dreams of, and he usually gets the runner. He’s also a pickin’ machine, with good range, and incredible instincts to improvise when needed.

Make a mistake and Oly will take advantage pic.twitter.com/pCgHlhCMIU

As for Laureano, it’s impressive just to see him among the finalists. He’s always had the tools for greatness (including his plus speed and superhuman throwing arm) but didn’t have enough polish on them until this summer. His routes seemed to improve, helping him get to more balls and turning his once-negative metrics into strong positives. I don’t expect he’ll win against Buxton and Robert, but this Top 3 nod marks clear progress and he earned every bit of it.

Congrats to Olson and Laureano on being named finalists!