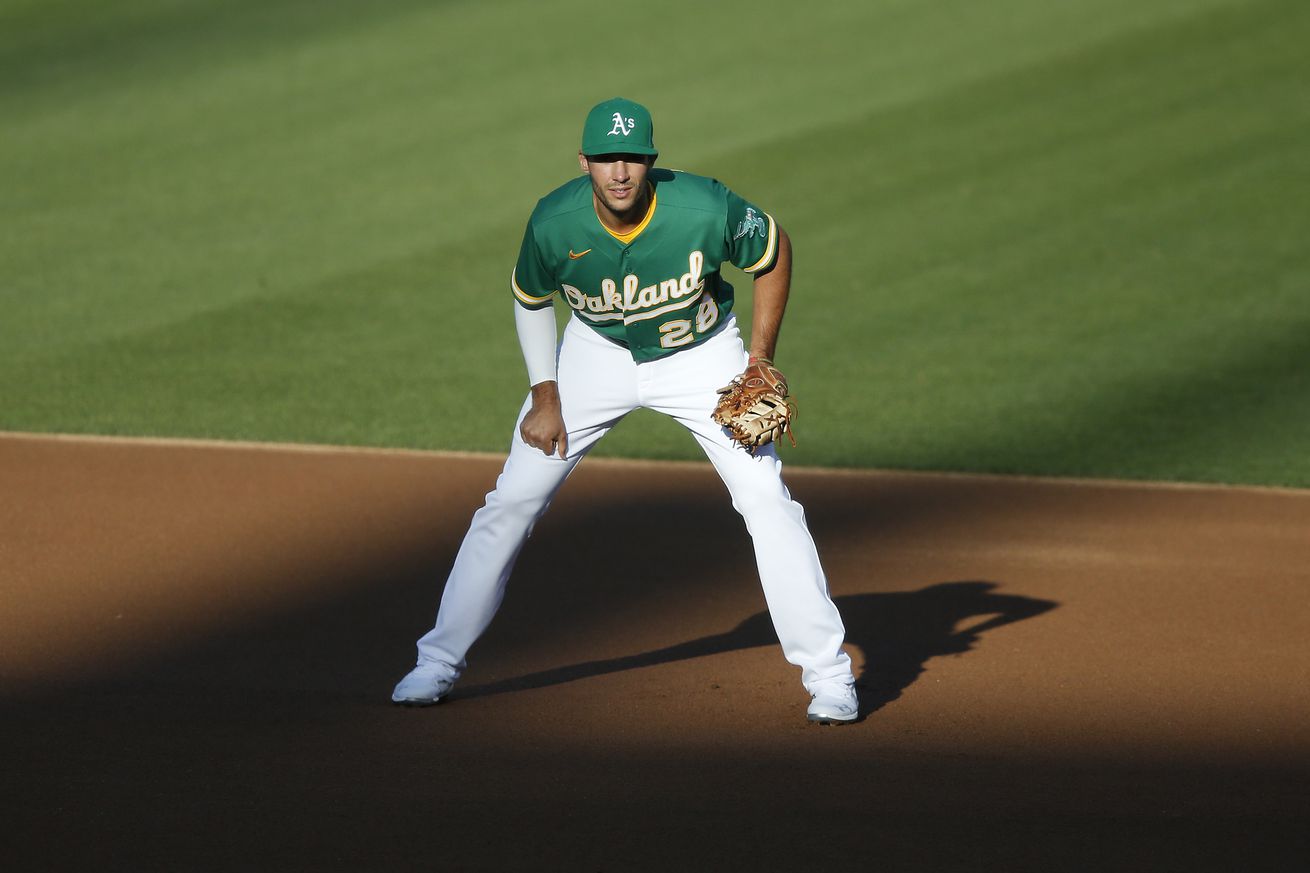 The award goes to rookie Evan White of the Mariners

Throughout 2020, it feels like everything we know about the world has been flipped on its head. The MLB season only loosely resembled a normal campaign, U.S. politics have gone haywire, and daily life in America has been altered in unprecedented ways. Also, murder hornets. It’s been a weird year.

Amid the added stress of all that change and uncertainty, it’s nice to know there is still one constant in today’s modern world. The Gold Gloves are still a joke.

OK, that’s a bit harsh. The defensive awards were announced Tuesday, and most of them rank between reasonable and definitely correct. However, as a member of Athletics Nation, it’s frustrating to see Matt Olson get snubbed for what should have been his third straight nod at first base.

The AL award at 1B went to Evan White of the Seattle Mariners instead of the Oakland A’s star, leaving the green and gold completely empty-handed in terms of Gold Gloves. Ramon Laureano was also a finalist, in center field, but he lost out to Luis Robert of the Chicago White Sox.

Judging defensive awards is always difficult. Advanced metrics are a good start, but there’s no substitute for a lengthy eyeball test, and nobody can watch all of every team’s games. The A’s played the Mariners 10 times this year instead of their usual 46, and I probably tuned in and out of those because Seattle games are just the worst, so I can’t say for absolutely sure that White isn’t better than Olson. In the highlight reel on MLB’s announcement (see link below), he’s making a bunch of Olson-esque plays, including a perfect throw across the diamond.

However, reputation and incumbency have always been factors in the Gold Gloves, sometimes for worse but often for better. It might take more than one year to show you’re truly better than the established standard, and Olson has thoroughly established himself as that standard over two-plus seasons.

Given that history in a department as vague as defense, if we’re going to have awards for a 60-game season then it should take a particularly compelling case to knock off a two-time incumbent. Olson himself had another full, excellent season. To beat that, you should need to be absolutely next-level.

Did White do that in his rookie year? Start with the metrics, remembering that they are somewhat less meaningful for first base than they are at most other positions. White has the advantage in DRS, at +7 to +5. Olson has the edge in UZR, at +2.5 to +2.2, albeit in slightly more innings. In a sample of around one-third of a normal season, that’s a wash.

Meanwhile, the Fielding Bible awards offer a more nuanced take than a couple of blunt small-sample numbers. Of 12 experts on the voting panel, 10 of them put Olson at the top of the entire majors. Of the two who didn’t list Olson first, one was the “BIS Video Scouts,” which (if I’m not mistaken) is just a measure of highest DRS.

Perhaps in a decade we’ll look back and admit that White turned out to be the superior defender. But right now, 54 games into his MLB career, it looks like he won the Gold Glove over Olson because he accrued two more DRS in a drastically abbreviated season. Weak.

Most of the other picks are good. The FB voters for sure agree with Perez and Gallo, and they also had Kiner-Falefa narrowly in the AL lead. Hernandez and Gordon were reasonably close runners-up at their positions (FB preferred Nicky Lopez and Michael Brantley, but no complaints about these picks). Pitcher is an especially tough one to rate, though it’s a surprise to see Zack Greinke end his six-year run (which came in the NL).

In center field, the FB voters preferred Kevin Kiermaier and Byron Buxton, but Robert is also good enough to win. Ditto shortstop, where Carlos Correa and Francisco Lindor are the heavyweights but Crawford is also good. GG voters really went out of their way to give Seattle a sports win.

The NL awards were nearly perfect, with almost every one lining up precisely with the FB results. Really the biggest miss among the whole set of 18 winners was the Olson snub. Sounds about right.