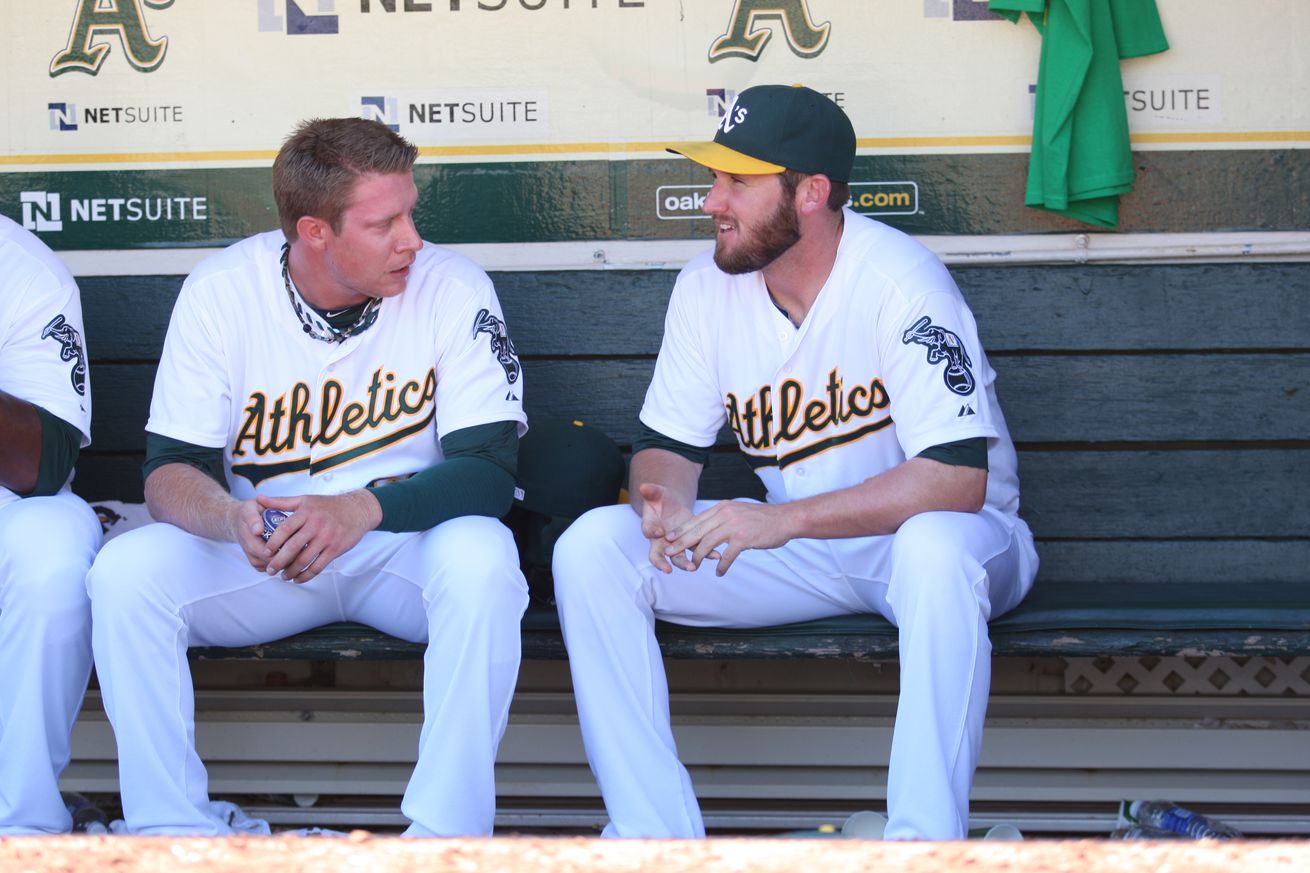 Which closer/setup trio was the best of the last half-century?

Earlier this week, we played some Oakland A’s trivia: Which relievers led the team in saves for each of the 51 seasons that it’s been an official statistic? The answer list included everything from Hall of Famers, to rental All-Stars, to brilliant one-year wonders, to setup men thrust into the role out of necessity.

But of course, a bullpen is more than just the pitcher in the closer role and the saves he earns. Having a lockdown setup crew can help the team hold more of their leads long enough to get the ball to the closer in the first place — oftentimes the most crucial inning of a game turns out to be the 7th or 8th, when a key rally is squashed or a tougher part of the lineup is dealt with.

With that in mind, what was the best bullpen trio in Oakland history? Let’s take it to a community vote! (Hat tip to DanMan89, DavidS, and jazmn for inspiring this idea in the comments of a previous post.) Here are the five contenders:

A quick word on each:

The A’s won three straight championships in the early 1970s, thanks to a roster that was strong in all areas. But one of the biggest stars was the closer Fingers, who’s now in the Hall of Fame. The supporting cast shifted over the years, but the one that sticks out (and the one nominated by jazmn in the aforementioned comment thread) features the lefties Knowles and Lindblad (click those links for more details on each).

They almost weren’t teammates at all. Oakland traded Lindblad in the deal to acquire Knowles in 1971, but then was reacquired himself after ‘72. It all came together in ‘73, when the trio combined to throw 23⅓ innings in the World Series while allowing just one earned run (by Fingers) — Knowles also became the first pitcher ever to appear in all seven games of a WS that year, even relieving Fingers twice to complete the saves.

Right-hander Horatio Pina really made it more of a quartet (and also added three WS innings without an earned run), but he was only in Oakland for that one year so I’m giving the nod to the southpaw setup men who were each in town for multiple seasons. However, note that Lindblad wasn’t there yet in ‘72, so I’ve taken liberty with the year range in the header of this section.

Once again, the 1988-90 team went to three straight World Series, and the bullpen was highlighted by a Hall of Fame closer in Dennis Eckersley who needs no introduction here. Add in the righty Nelson, and the lefty Honeycutt, and Oakland was tough to beat when they held a late lead.

Their postseason record was inconsistent over those three key years, which makes sense considering the A’s only won the ring in one of those tries. But one way or other, these were the guys who got the call in those big games — the 1988 ALCS was a particular highlight, with the trio combining to throw 12⅔ scoreless innings in a sweep of the Red Sox. Todd Burns was a notable fourth arm in the group, but the pecking order was revealed in the playoffs, when he was rarely used.

Taking a bit of liberty here by combining Koch and Foulke. They were essentially the same guy in Oakland — acquired in buy-low trades as one-year rentals, then posted great numbers for a playoff team. They each threw a ton of innings with good ERAs, recorded 40+ saves at high success rates, and put up gaudy win-loss records to show that even the leads they blew usually turned out alright.

And so we will call them Billy Foulke, or perhaps Keith Koch, and doing so allows us to appreciate both years of Bradford and Rincon. They were each key characters in Moneyball, with Bradford as the undervalued submariner and Rincon as the shrewd midseason acquisition in 2002. From ‘02-’04, Bradford converted 66-of-75 save/holds (88%) and Rincon 44-of-56 (86%), both strong rates. Bradford also never allowed a run in seven postseason appearances, while Rincon went 2-of-3 in holds in the playoffs. Koch also converted his only ALDS save chance, but he also allowed a dagger home run late in a Game 5 loss, while Foulke unfortunately blew Game 4 his year.

This trio was the original inspiration for this exercise, in the comments of an article about the thrilling 2012 underdog team. Balfour joined the A’s in ‘11 but didn’t permanently take the closer role until the next summer, when he was joined by two new faces — quiet trade acquisition Cook, and out-of-nowhere, converted-first-baseman Doolittle.

During these two years, Balfour converted 77-of-82 save/hold chances, an absurd 94% rate. He and Cook both carried ERAs in the 2.50 range or better both years, though Cook did blow his share of leads. Doolittle’s 47-of-53 gave him an 89% rate, while striking out five batters per walk — the lefty was even better in 2014, when he took over as closer and posted eleven strikeouts per walk. They were each All-Stars once: Cook in ‘12, Balfour in ‘13, and Doo in ‘14.

On the downside, they tended to run out of gas in the playoffs, which is one reason these A’s teams never made it out of the first round. They combined to blow three saves in 15 ALDS games (plus one more by Doolittle in the 2014 Wild Card Game), and Balfour added a loss when handed a 9th-inning tie. But they were still a big reason those teams reached October in the first place.

It turned out to be short-lived, as Treinen and Trivino both disappeared the next summer, but this unit absolutely carried an upstart team to a postseason berth. Treinen had one of the best seasons ever by any MLB reliever, with obscene numbers — 0.78 ERA, 100 strikeouts in 80⅓ innings, and 38 saves, setting all sorts of records along the way for various combos of those stats. In a season when the A’s had virtually no starting rotation, he seemed to come in every day and deliver two lockdown innings to save the day.

Trivino was nearly as good, and also seemed to ride to the rescue every time a tough spot came up before it was time to use Treinen. Both of them fired high-octane velocity that could exceed 100 mph, with devastating movement, earning them their TnT nickname. Trivino also went big in the Wild Card game when it mattered most, deliver three scoreless innings to give his lineup time to come back from an early deficit, though unfortunately they didn’t and Treinen struggled later in the evening to help seal it for the Yankees.

They were joined at the trade deadline by Jeurys Familia, previously the Mets closer, but I’m going with Petit to round out the trio — he quietly tossed 93 innings with strong numbers across the board, including 16-of-18 holds converted (89%).

I created this list off of gut instinct and the nominations from that 2012-article comment thread, but there are a few other groups worth mentioning, if only to remember some fun names.

Alright, let’s vote! With respect to those listed in the honorable mention section, we’re just going with the top five contenders. Make your pick in the poll below!