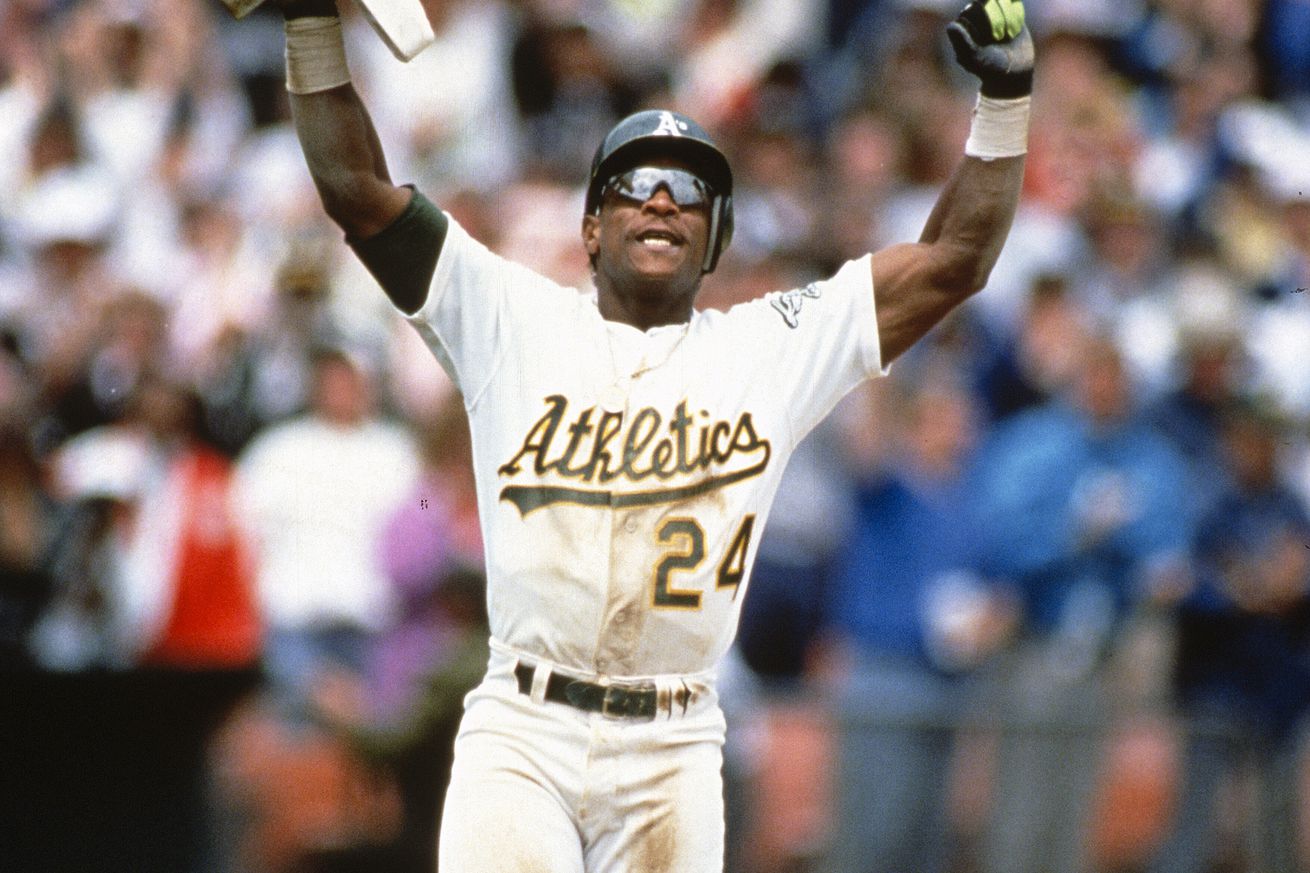 Rickey isn’t the model in any of the photos below because his uniform was always too dirty.

Bracket of 16. Which is your favorite?

A few weeks ago, I wrote an ode to Oakland A’s jerseys. They have one of the most unique and creative looks in all of sports, and decades ago they helped innovate the entire concept of designing vibrant and colorful uniforms.

But what do you picture when you close your eyes and think of an A’s jersey? Like any team, they’ve experimented with all kinds of different looks over the years, so there are lots to choose from. Do you like the classic home whites? The old gold sleeveless vests? The new kelly greens?

Let’s put it to a vote! I’ve collected 16 different Oakland A’s jersey designs and organized them into four brackets. We can vote on them as a community, and cut the bracket down until we’ve declared the Best Jersey In Oakland A’s History. The voting will be done in the style of the Community Prospect List, with a ballot in the comments section in which you “Rec” your favorites to cast your votes. In this post, we’ll pare from 16 options down to eight.

The four brackets are as follows:

There are still a few designs left out (like the green version and gold version of the ‘80s Oakland print, and the ‘70s green monochrome), but this is a mostly comprehensive list that hits all the major motifs (though there has been even further variety in hats). Here’s a quick look at each contender.

The matchups will go horizontally. That means the first round will pit the modern home whites (represented here by Dave Stewart) against the original 1968 home garb, the sleeveless vest over kelly green sleeves (repped by Catfish Hunter in the upper-right). Each of these jerseys was worn once by an A’s pitcher when he threw a perfect game.

The other first-round matchup will be the 1970s stripes with the “A’s” logo (worn here by Vida Blue) against the similar 1980s version that instead featured “Oakland” printed on the front (worn here by Davey Lopes).

In the top row, we have the ‘70s gold, which was a pullover instead of a button-up shirt; it also featured the stripe down the side of the pants (worn here by Joe Rudi). In the upper-right is the modern gold alts, which the team brought back in 2011 (worn here by Gio Gonzalez).

In the bottom row, we have two quite similar looks. On the left is the completely monochrome jersey, with the shirt and pants both bright gold (worn here by Ken Holtzman). On the right is another mostly monochrome offering, but this one is a sleeveless vest that more prominently features the green sleeves underneath (worn here again by Vida Blue, who’s admittedly an odd name to toss around in an article about other colors).

In the top row, that’s Tim Hudson wearing the modern green top, with the Athletics script across the front, and the green-brimmed hat to match; he also adds to the effect with his high neck and long sleeves. On the right is the ‘70s pullover (worn here by a mustache-less Sal Bando).

In the bottom row, it’s Mike Fiers against himself. On the left he’s wearing the current green top with the yellow piping, and on the right he’s wearing the 2017-18 player’s weekend jersey with gold sleeves (from before they turned it into the awful mono-white monstrosity in 2019). The latter one is notable for being a rare (maybe the only?) design to feature the gold cap with green brim.

The best of the rest! In the top row, we have the modern road grays (worn, appropriately, by Sonny Gray). Going against that is the new kelly green from the last couple years (worn here by Matt Chapman).

Which ones are your favorites? Let’s vote on the first round in the comments below!