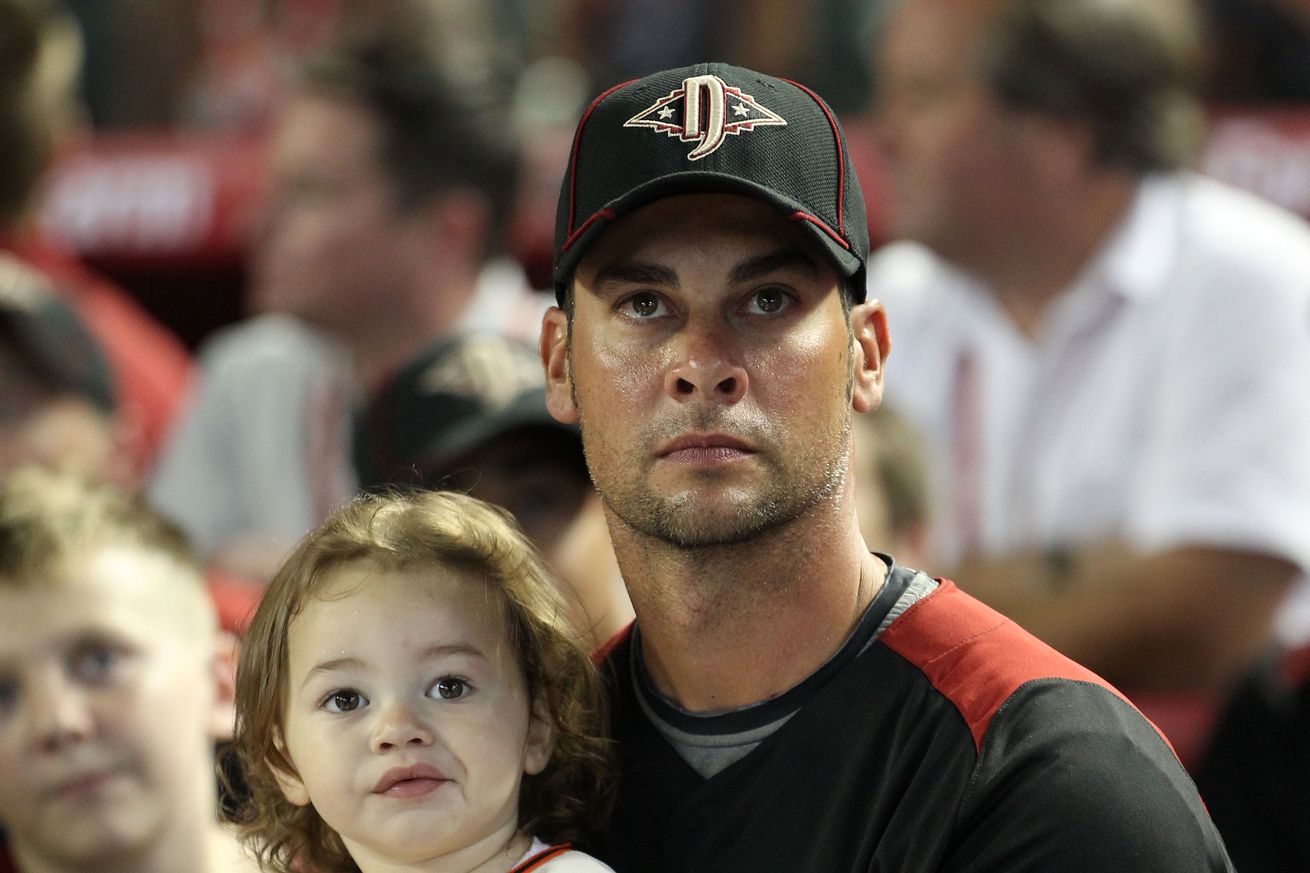 2011 was kind of a nightmare. The former Giant turned All-Star pitcher offered a light at the end of the tunnel.

This month, as part of our decade retrospective, we’ll be looking back at the best thing to happen to the Giants each year of this decade. This is the pick for 2011.

I’m a sucker for comeback stories.

It’s arguably the best part of sports. It’s why Rocky won Best Picture over Martin Scorsese’s Joker prequel. It’s why people think about Bobby Thomson hitting a home run when they hear the phrase “the shot heard ’round the world.” It’s why players play until the final out.

That’s why I love Ryan Vogelsong. He’s not just the best thing to happen to the Giants in 2011—which, in retrospect, was a pretty miserable year—he’s also one of the greatest comeback stories ever.

I feel like I need to break that down a little bit. His comeback didn’t have the same dramatic highs as the 2012 NLCS, and he certainly didn’t have the casual, superstar charm of Buster Posey returning from a shattered leg to conquer the baseball world.

No, Vogelsong’s reunion with the Giants was grit personified. There wasn’t any talk about “reinventing himself”; there wasn’t some newfound skill set that gave him the edge he lacked before. He just showed up and started pounding the edges of the plate. His stuff was far from overpowering, and even at his angriest, his fastball barely topped out at 94 mph, but he stuck with his game plan and just kept nibbling and nibbling.

And it worked! It shouldn’t have worked. It somehow worked.

As many of you may know, Vogelsong made his MLB debut in 2000 with the Giants. A year later, he was moved to the Pittsburgh Pirates as part of the trade that brought back Jason Schmidt. Whatever promise he had immediately tanked, and five years after he was traded, he was out of baseball, at least in the U.S. He wouldn’t get another shot in the majors until April 2011, when Barry Zito went down with a foot injury.

And he made the most of it. After a shaky start against the New York Mets, he was absolute nails:

But there’s more to Vogelsong’s story than the stats. His 2.7 rWAR over 28 starts was solid but unspectacular, and his second-half numbers were less impressive than his first half. He made the All-Star game and even got some Cy Young votes, but in retrospect, it’s clear those were flukes more than anything else.

Vogelsong represented something else. He was the start of what would become a larger pattern for the Giants—bringing in the castoff and turning him into an unlikely hero. Nowadays, it almost seems quaint, it set the precedent for bringing back players like Conor Gillaspie, Pablo Sandoval, Andres Torres, and so on.

Arguably, 2010’s self-proclaimed band of misfits were the genesis of a narrative the Giants would repeatedly mine over the years, but Vogelsong’s story had a different edge to it. Players like Juan Uribe, Aubrey Huff, and Edgar Renteria may have been on the downswing of their MLB careers, but at least they had careers, and relatively successful ones at that. Uribe had eight years in the majors under his belt before joining the Giants; Huff had 10 years and a Silver Slugger; Renteria had 13 years, three Silver Sluggers, two Gold Gloves, and five All-Star appearances.

Vogelsong was a throw-in for a trade. He impressed nobody. He was just one of the thousands of players that MLB chews up and spits out when they don’t perform. After the 2006 season, he was granted free agency and went unsigned. He was done, destined to end up in the Hall of Forgotten alongside Chad Zerbe and Eric Surkamp.

At least, that’s how it would’ve ended for most players. Not Vogelsong. He went overseas and played (not very well) in Japan for three years. In 2010, he came back to the U.S., signing a minor league deal with the Philadelphia Phillies.

He was released in July.

So he signed a minor league deal with the Los Angeles Angels of Anaheim of California of the United States of America of Earth.

He was released at the end of the season.

So Vogelsong, now 33 years old, signed a minor league deal with the Giants. The Giants actually weren’t interested at first, until Vogelsong dangled the threat of signing with the Dodgers.

There’s a parallel universe out there where a resurgent Vogey propels the Dodgers into the playoffs on their way to the first of 16 consecutive World Series titles. It’s also the same universe where the Giants passed on Buster Posey in the 2008 draft because A.J. Pierzynski was still on the team, but that’s another story. The point is, we don’t have to live in this mirror universe thanks to Vogelsong, Good Giant™.

Of course, you can’t talk about Vogelsong without mentioning the fact that the Giants never lost a playoff game he started. That includes his gutsy five-inning start in the 2012 NLDS or his Game 6 performance in the 2012 NLCS, which may have been the best game he ever pitched.

Even his 2014 playoff run deserves special mention, if only because he never gave in.

Game 4 of the World Series could’ve ended in disaster, especially when a misplay by Vogelsong allowed a third-inning rally by the Kansas City Royals to continue. But while he couldn’t finish the inning, Vogelsong never gave up that big hit—the bases-clearing double, the three-run homer—that would’ve put the game out of reach. It might be a small consolation, but it’s the kind of consolation that allows a team to rally and tie a series up at two games apiece.

Again, Vogelsong’s story is about more than numbers. At a time when sabermetrics are measuring to the 10th decimal the square root of π multiplied by the co-efficient of spin-rate-to-batted-ball ratio, Vogelsong stands as a testament to the intangibles. You know, things like persistence, grit, RBF, flared nostrils, enchiladas. He was never a great pitcher—not in the way Tim Lincecum, Matt Cain, or Madison Bumgarner were, not even in the way Jonathan Sanchez was. That didn’t matter, though. He went out and pitched, and kept pitching, and didn’t give up.

And when, a year later, the Giants faced elimination not once but twice, Vogelsong was there to take the mound, nostrils flared. And as long as he was on the mound, the Giants couldn’t lose.