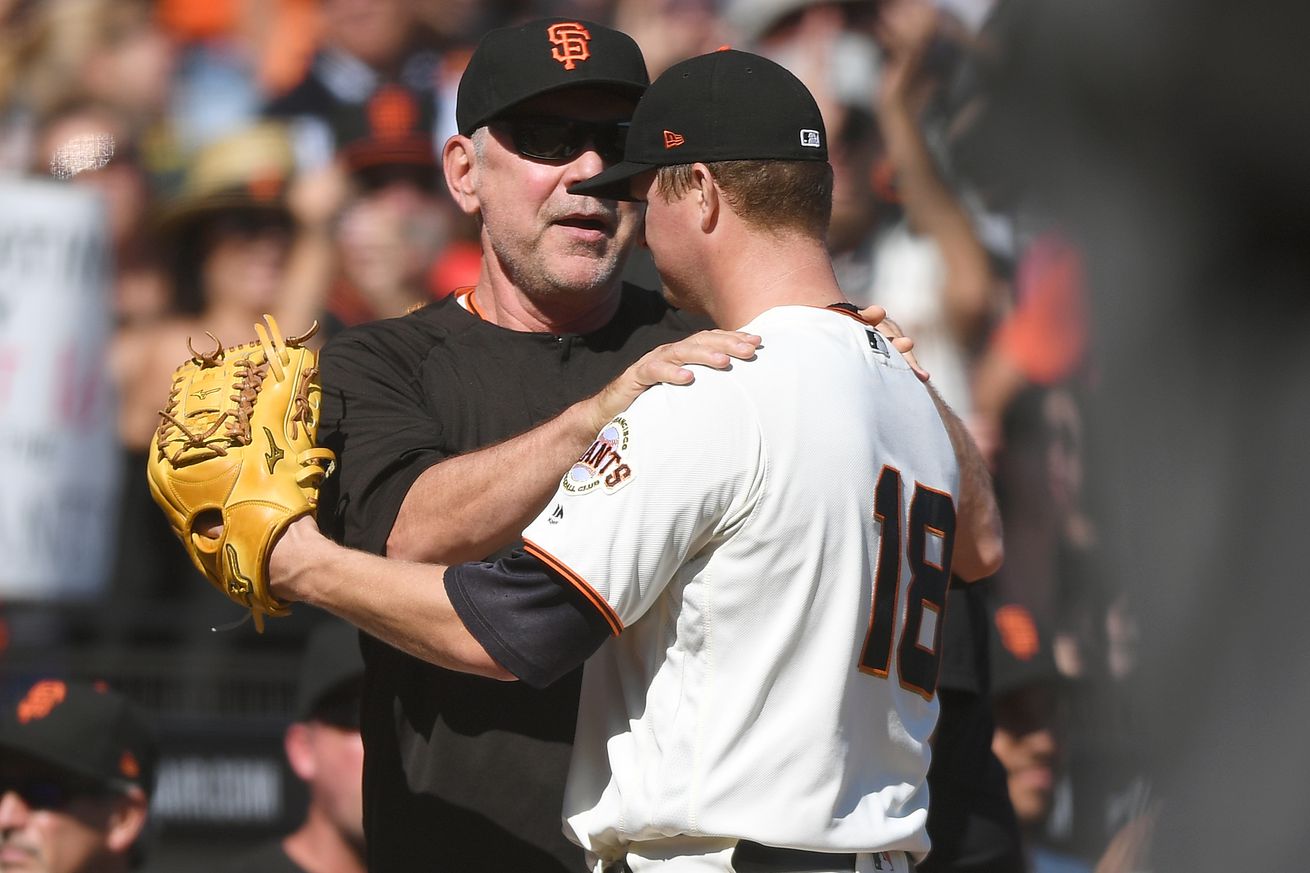 If you spend any amount of time on the internet, then you’ve been conditioned to believe that bad things are actually good.

As part of our decade retrospective, we’ve been looking at the best thing to happen to the Giants each season.

. . . but do we really need individual posts for each of the past three seasons? In 2017, they were historically awful. In 2018, they had the worst month in franchise history after being grotesquely mediocre. In 2019, they set themselves up to really burn down everything that had been built over the decade.

And for good reason.

The Giants need to evolve. I believe the scenario the franchise now finds itself can best be described by this moment in the 1979 Paramount Picture, Star Trek: The Motion Picture. In it, Admiral Kirk has reclaimed command of his beloved Starship Enterprise in order to intercept an alien object headed for Earth, its intentions unknown and destructive capabilities unmatched.

Upon intercepting the object, they discover that it is an old Earth probe thought lost but had been found by an advanced civilization of machines that saw it as a kindred spirit and reprogrammed it to fulfill its mission: discover all knowledge in the universe. But now, this probe — V’Ger — was cranky. And for good reason! In this scene, Admiral Kirk confers with his science officer, Spock, his chief medical officer, Dr. McCoy, and first officer, Captain Decker, after learning of V’Ger’s history and its determination to complete its mission by transmitting the sum total of its knowledge to its “creator” (which, in this case, was a long0-gone NASA space program).

SPOCK: V’Ger must evolve. Its knowledge has reached the limits of this universe and it must evolve. What it requires of its god, doctor, is the answer to its question, “Is there nothing more”?

MCCOY: What more is there than the universe, Spock?

DECKER: Other dimensions. Higher levels of being.

SPOCK: The existence of which cannot be proven logically. Therefore, V’Ger is incapable of believing in them.

KIRK: What it needs in order to evolve . . . is a human quality. Our capacity to leap beyond logic.

DECKER: And joining with its creator might accomplish that.

MCCOY: You mean this machine wants to physically join with a human? Is that possible?

Run this scene through the Giants’ present scenario and you get the same idea:

The Giants need to evolve because they have learned everything they could about baseball under their original set of parameters. “What more is there to getting better at playing baseball than playing baseball?” is the question Zaidi, Kapler, & associates seek to answer. Zaidi, in fact, is the machine quality the team needs in order to evolve. A capacity to only act logically in rationally within an illogical and irrational game.

They might not physically join with a machine, but I wouldn’t put it past them to try it, either. They’re not going to field a competitive product for years, maybe even decades. Might as well get weird with it. Roll one of those gaming computers into the clubhouse and see if a player running out of the shower runs into it by accident and becomes one with the regression analysis software installed on the hard drive.

But today doesn’t happen without these past three years. The best thing to happen to the Giants in 2017 is that they stunk so bad it caused them to rethink their approach. It led to a refresh of their coaching staff and new plan for their development system. That reimagined farm might’ve paid dividends in 2019 before Zaidi ever dug deep.

The best thing to happen to the team in 2018 was their historically awful September because it compelled ownership to finally shed its entrenched mindset. The best thing to happen to the Giants in 2019 was another year of the legacy players serving up steaming piles of turdball to make it abundantly clear to anyone who watched the team play that there’s nothing good about the Giants right now.

Act one: Total disaster season, with an historically awful record the point of no return
Act two: Our heroes try to regroup and learn new tricks only to face a greater setback
Act three: Resolution and setup for the next phase of the characters’ journeys.

The Giants didn’t have to be bad the last three years, but they were and it worked out for the best. They get to become an incubator for baseball’s cutting edge, an outpost they never could’ve become had they stuck with the old ways.

If you want to be less high-minded about the past three years, though, let’s find one good thing to happen to the team.

Pablo Sandoval (whose journey back to San Francisco from Boston is an interesting story in its own right) hit a walk-off home run on the last day of the season to give the Giants a win that knocked them out of the #1 overall pick. They still might have drafted Joey Bart over Casey Mize with it, but the dearth of pitching in the farm might’ve swayed them. Instead, the Giants have an heir apparent to their face of the franchise.

A tie between those five months of Andrew McCutchen and the emergence of Reyes Moronta. You could even say the hiring of Farhan Zaidi fits, too.

Bruce Bochy got his 2,000th regular season win and his retirement ceremony after the last game of the season might be remembered for the next 20 years. You could also make the argument that Churn Bros. Alex Dickerson, Mike Yastrzemski, and Stephen Vogt made their marks in limited time as Giants.

If you’re like me, then you probably prefer your rebuilds to involve quick deaths and even faster resurrections, especially when geniuses like Farhan Zaidi and Scott Harris get involved; but, the Giants have died a very slow death to end their decade of success and it set the stage for the new guys to invoke a DNR the franchise couldn’t acknowledge. Let’s be glad it finally happened.