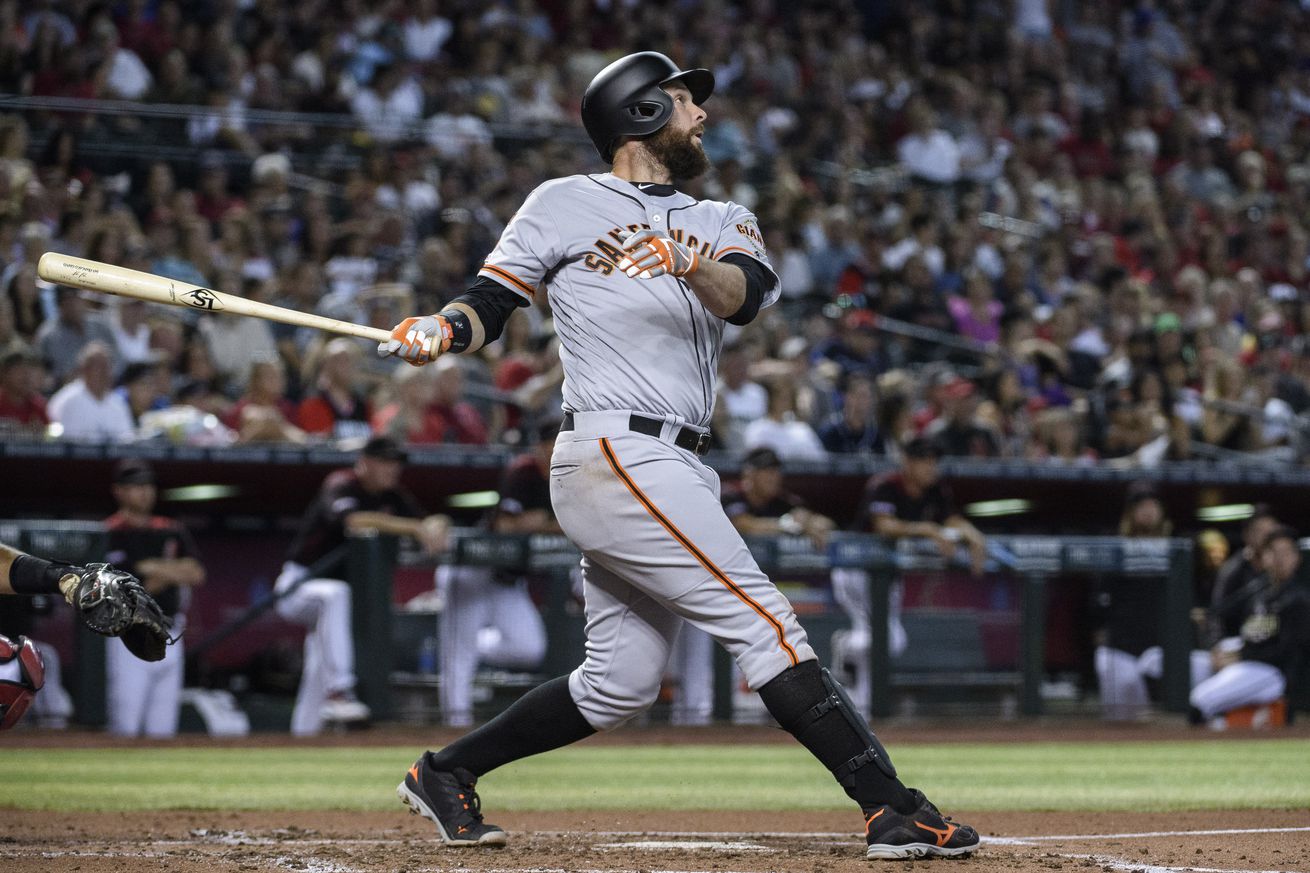 Brandon Belt is probably the most divisive figure in recent Giants history, but he’s given us some of the best moments over the last decade.

This month, as part of our decade retrospective, we’ll be taking a look at the players that we think were the best Giants of the decade.

Brandon Belt is perhaps one of the most polarizing figures in all of Giants history. Those that like him love him fiercely. Those that dislike him, do so loudly. I’ve never met anyone who is just “meh” on the topic of Belt. Everyone seems to have strong opinions one way or another and will share those opinions at length.

To this day, any time I so much as mention Belt’s name in an article, even if just in passing, I receive at least one email from an anonymous account, the contents of which generally only include “TRADE BELT,” as though I, personally, have the power to do so. It feels more like a gut reaction at this point, rather than a thought out point of view. As though they’ve been conditioned to see Belt’s name and respond with that short phrase. Like a politician at a rally who has trained their audience to chant a phrase in response to the agreed upon prompt.

Belt’s journey with the Giants has been well documented.His call-up meeting with former manager Bruce Bochy was literally part of a TV show chronicling the 2011 season. “Need a beer, take a beer,” we all remember the heartwarming scene.

Belt apparently carried all of the hopes and dreams of Giants fans pining for the next home-run king on shoulders too slumpy to live up to super-sized (and unrealistic) expectations. But that has never stopped people from expecting the unreasonable. Even years when Belt has been the best (and sometimes only good) offensive player on the team, he was the first scapegoat fans went to.

The “LOL Belt” factor, if you will. Even those who love him can’t help but get sucked up in this, even jokingly. And for good reason! It sometimes seems like even when Belt has an exceptional performance, something comes along to either overshadow it or render it moot.

For example: The Giants went nearly two years without after Splash Hit #68 was achieved (by Belt), with fans awaiting the next one with juvenile humored ferver. Belt finally delivered it (during an NBA Finals game in which the Warriors were playing, so most people missed it) only to have Denard Span hit Splash Hit #70 a couple of days later.

There’s also the game in which he hit his first career grand slam, and another home run to boot, only to watch the wheels fall off and see his team piss away the five runs he had single-handedly given them and lose. To the Padres.

But Belt mostly takes it all in stride, aside from some slumpy shoulders action. Belt’s affable personality and goofy charm have made him a hit in general among fans, and specifically in Giants commercials over the years. Though it’s quite clear that Belt cannot act (though I’d argue he’s the slightly better of the Brandons) he steals the show every time, willing to do just about anything to get a laugh.

In addition to his goofy commercials and fairly consistent ability to hit dingers when his teammates can’t, Belt has endeared himself to his legions of fans by having the ability to get on base, by any means necessary. Mostly, I mean walks. He’s known for having an incredibly good eye, to the point that many fans decided years ago that he should be allowed to use the honor system to call his own balls and strikes. But they haven’t gotten there yet, so we still see the slumpy shoulders as the umpires get it wrong. But either way, he usually puts up a fight at the plate.

Although Belt may not be all that some fans expected him to be, he has still be one of the best offensive Giants of this decade, and just an all around fun player to watch. In the worst offensive seasons the team has given us, Belt was usually a lone bright spot. And he’s left us with so many fun memories throughout the ups and downs of the 2010s.

Perhaps the most memorable of all being the 18-inning walk-off:

Wait, no. Not that one. Though as the person recapping that game, I sure appreciated it. No, of course, I’m talking about the 2014 NLDS Game 2 winning home run that sent everyone to bed happy after the equivalent of two-playoff wins (in my opinion).

This is the bat drop that made Belt a Giants hero and legend and what he’ll likely be remembered for long after his time with the team is over.