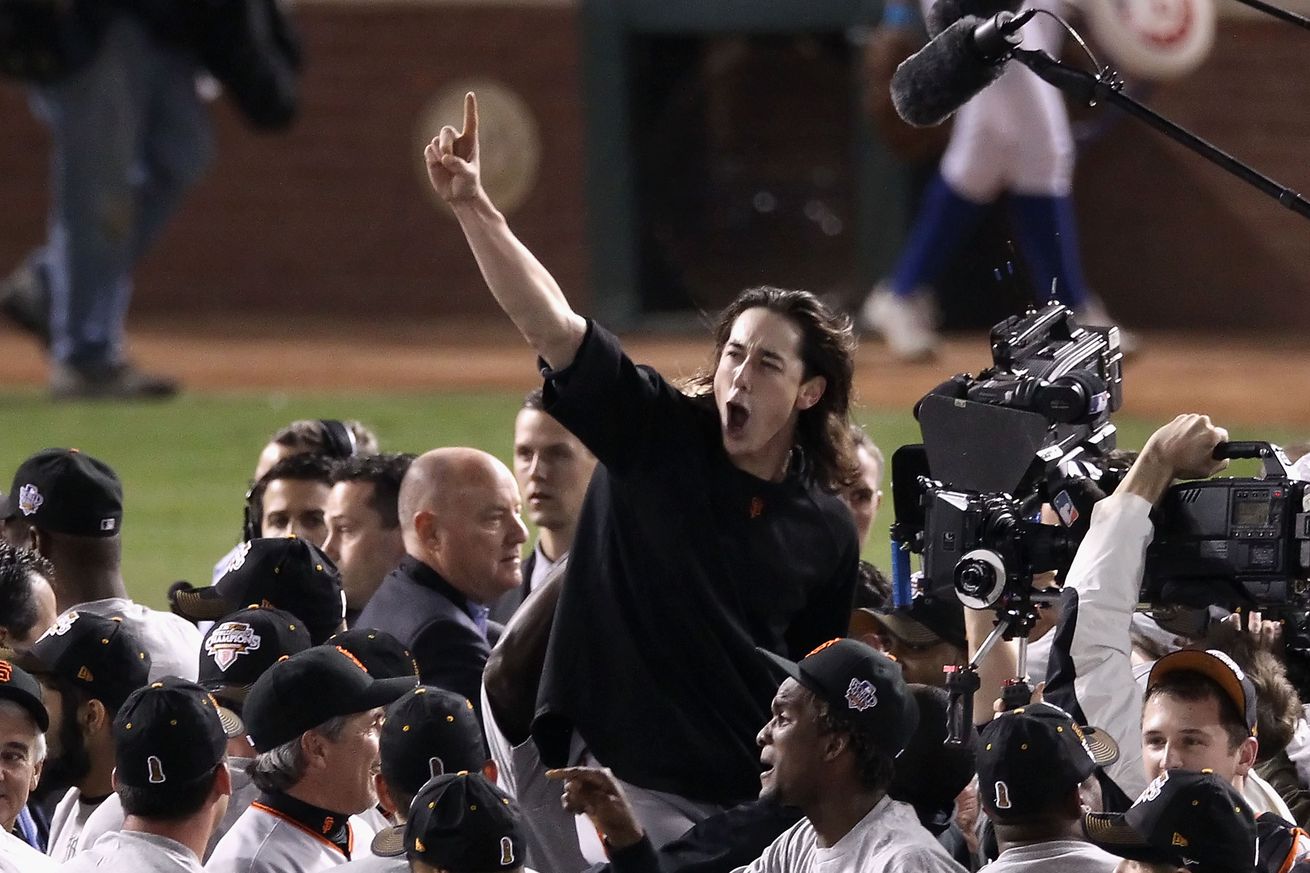 It may not be your favorite game, and it may not be the BEST game, but this game meant the most to the franchise and a fan base who had almost stopped believing.

As we look back on the decade that was, it’s been interesting to revisit some of the excellent memories from along the way and evaluate how we feel about them now. We were spoiled with an abundance of baseball riches in the front half of this decade and we get to decide things like “which World Series win meant the most to me?” or “which Tim Lincecum no-hitter was more fun?”

We are the worst. There are starving fans in Seattle that would stab each other in the eyeballs for just one World Series APPEARANCE, and we’re over here hashing out which win we liked the best. It’s ridiculous and I wouldn’t have it any other way.

So now that we’ve gotten the absurdity of it out of our system, let’s get into this. For me, personally, the 2012 World Series was the one that made me the happiest. But the 2014 win was the most fun because…I mean, Game 7. But in terms of what meant the most to me, my family, the entire fan base and the region as a whole, it’s got to be 2010.

But first, a story. I was at a band competition during Game 6 of the 2002 World Series. One of the dads that was accompanying us packed a generator, a big boxy TV and bunny ears so we could watch after our performance. At the awards ceremony, the announcer made sure to update us with every development in the game. We got on the bus afterwards with the Giants leading and it looked like they would be World Series Champions when we got home.

The boys’ bus was playing the game on the radio, but the girls’ bus was not. When we emerged from the bus late that night, it was as though we had arrived at a funeral. The looks on the faces of our parents and the boys getting off of the other bus told us that something truly horrific had happened.

So although it’s hard to remember sometimes now, the 2010 playoff run was filled with sheer terror. Torture, if you will. Although it was magical, it also felt way too good to be true. Especially coming into Game 5 with a 3-1 series lead. My dad was about to turn 50 years old at the time and had previously become resigned to the fact that he’d never get to see the Giants win the World Series in his lifetime. I was 25 and had started to think the same thing.

Aside from Game 3, a fairly competitive game that they lost, the Giants had beaten the Texas Rangers handily thus far in the series and had their young superstar taking the mound to face Cliff Lee for the second time in the series.

Unlike the prior games in the series, though, this one was a nail-biter. It wasn’t Lincecum’s absolute best start of the postseason, but he was still dominant. The game was scoreless going into the seventh inning and hair across the Bay Area was being pulled from stressed heads as fans sat on the edge of their seats, waiting for their sleeping Giants’ bats to wake up.

And wake up they did. With two on and two out in the top of the seventh inning, Edgar Renteria hit a three-run blast that changed the course of the franchise forever.

With their ace on the mound and their closer waiting in the wings, the torture felt like it was over. And aside from a solo home run from Nelson Cruz, it was. Lincecum and Wilson combined to strike out five of the last nine batters and a Buster Hug tradition was born.

No longer championship-less in the San Francisco era, these Giants brought the trophy to the city by the bay for the very first time.

It is because of them that the Giants faction of my baseball-loving family is able to mock the Dodgers faction so heartily to this very day.

You really can’t say enough about the eccentric group that first brought that trophy home or how important that first win really was. Maybe there were better postseason games, maybe there were moments that meant more to you on a personal level. But the sound that baseball made when it left the bat of Edgar Renteria was 50+ years of stress and disappointment being lifted off the shoulders of Giants fans everywhere and there’s just nothing better, in my book.