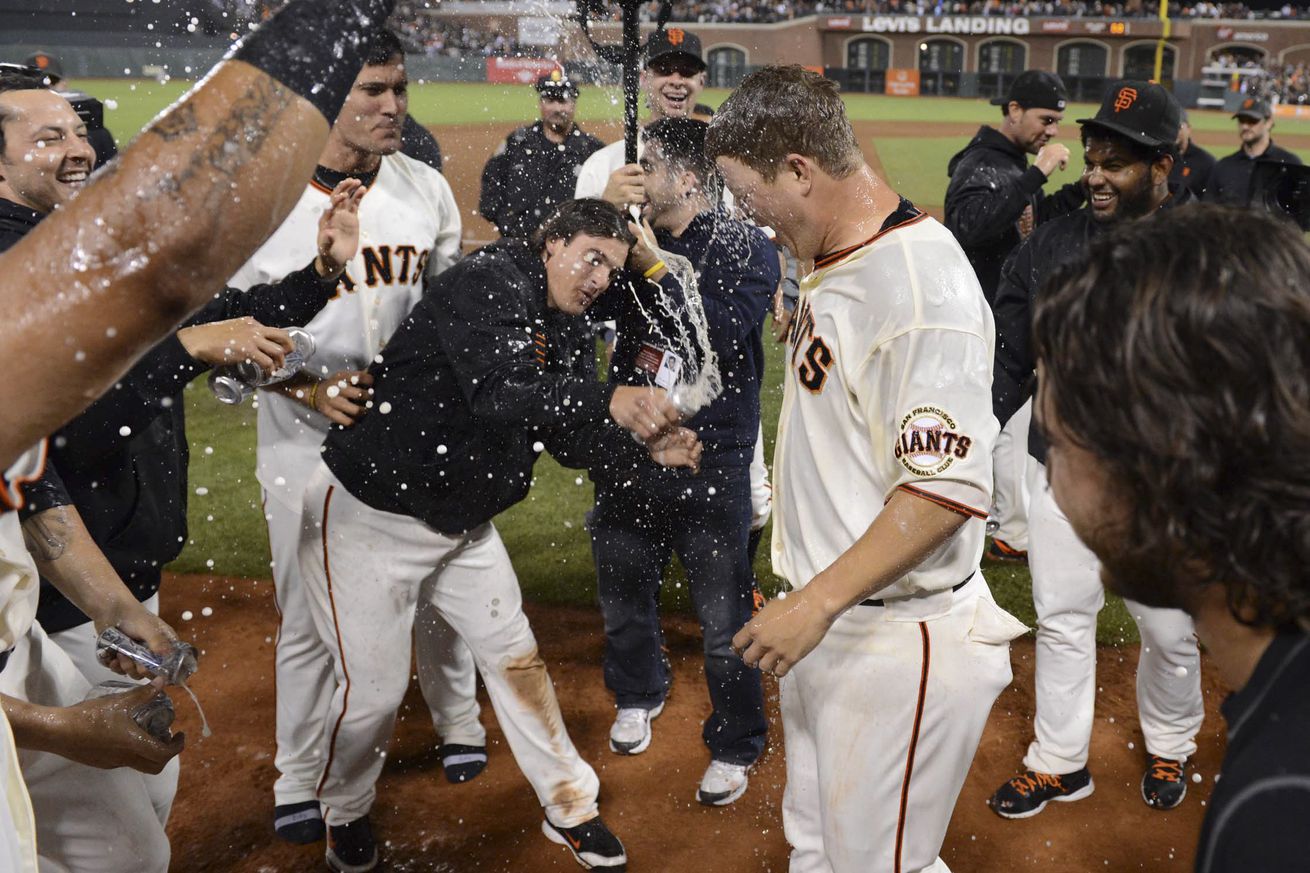 On an unassuming Wednesday night in June of 2012, Matt Cain made history.

A baseball season is a really, really lengthy commitment as a fan. There are 162 games, which averages out to about six or seven games per week, roughly three hours each. When you sign up to be a fan, you’re signing up for the equivalent of a part time job. Which means there are a lot of things you’re going to forget. Sometimes, it’s entire months of baseball, even entire seasons as the years go on. You just think back on a random year and realize you can’t remember a damn thing about it. Baseball or otherwise.

And then there are the moments that get seared into your brain for the rest of your life. You never see those moments coming, either. One minute, you’re sitting down to watch a baseball game on a Wednesday night, and the next you have the image of Gregor Blanco coming up after making one of the greatest catches in franchise history seared into your retinas for all of time.

On June 13th, 2012, that’s exactly what happened. Matt Cain threw the first and only perfect game in franchise history. He became just the 22nd pitcher of all time to do so. Yet, oddly enough, three of them came that very summer, with Philip Humber throwing one in April for the White Sox, and Felix Hernandez throwing one in August for the Mariners. No one has done so since.

Unlike the later no-hitters from Tim Lincecum, there was no air of improbability about this one. Matt Cain was in his prime, and having a dominant season thus far, with a 6-0 record coming into this game. There was also no stress in terms of the outcome that might have affected whether or not Cain stayed in the game. His offense relieved him of that pressure by scoring 10 runs in the first five innings, including two-run shots from Melky Cabrera, Blanco himself, and a baby-faced Brandon Belt.

It’s rare that a two-run homer isn’t a player’s highlight of the game, but obviously for Blanco, that was the case. Blanco was a minor-league free agent before the 2012 season, and his catch in the seventh inning of this game instantly made him a Giants legend. Obviously no-hitters and perfect games are all about the pitcher, but the hallmark moments in these games tend to be defensive plays. Plays that seem to defy the laws of gravity and physics, due to the players’ sheer force of will to help their pitcher. As Cain says after the game, in that moment, he felt every single player on the mound with him.

But the man of the hour was most definitely Cain himself. Cain managed to strike out 14, with 125 pitches in his nine perfect innings. He had a game score of 101, which currently ties him with Sandy Koufax and Nolan Ryan for the fourth highest game score of all time, in terms of nine-inning games. Pretty great company. At the time, though, it was the second highest, behind Kerry Wood’s 20-strike out game in 1998. Which is just another reason to shake my fist at Clayton Kershaw and Max Scherzer who have pushed him further down on the list since then.

I discussed already the fact that I’ll always remember the look on Blanco’s face right after he made his catch. The other face I’ll always remember was Chelsea Cain, Matt’s wife. She looked like the human embodiment of stress as the cameras kept cutting to her late in the game. Surrounded by Ali Bumgarner and Nicole Vogelsong, Cain’s stress was mirrored on their faces as well, and they looked at times physically ill as they tried to clap through each out. The look of absolute relief and joy on Cain’s face as her husband recorded the final out was priceless. It was as if she had been carrying the weight of the world and it was finally off of her shoulders, allowing her to celebrate with everyone else.

It was just an absolutely joyous moment, interspersed with the shots of a leaping Brandon Belt who caught the final out (after Joaquin Arias’ throw from deep third), an ecstatic Buster Posey clutching his battery mate, and the huge scrum that usually follows moments like this. A scrum we have become well acquainted with over the course of the last ten years. To be honest, we could have done a list of just Buster Hugs and still filled most of a top ten list. And this game would have been vying for a spot at the top of that list as well.

After the game, as he is interviewed by Amy Gutierrez and informed that he had just pitched the first perfect game in franchise history, Cain is speechless as the camera pans to the crowd who, as Cain points out later in the interview, are all still there without a thought of leaving before they give their hero every last ounce of the praise that he has earned. And as the camera starts to cut away from Matt and Chelsea Cain’s celebratory embrace, there wasn’t a dry eye in the house.

We were so ridiculously spoiled this decade. And though the World Series wins were amazing and the no-hitters were fun, what Matt Cain did on this Wednesday night in June of 2012 put him in the rarefied air of baseball history and we still aren’t worthy of it, or him.