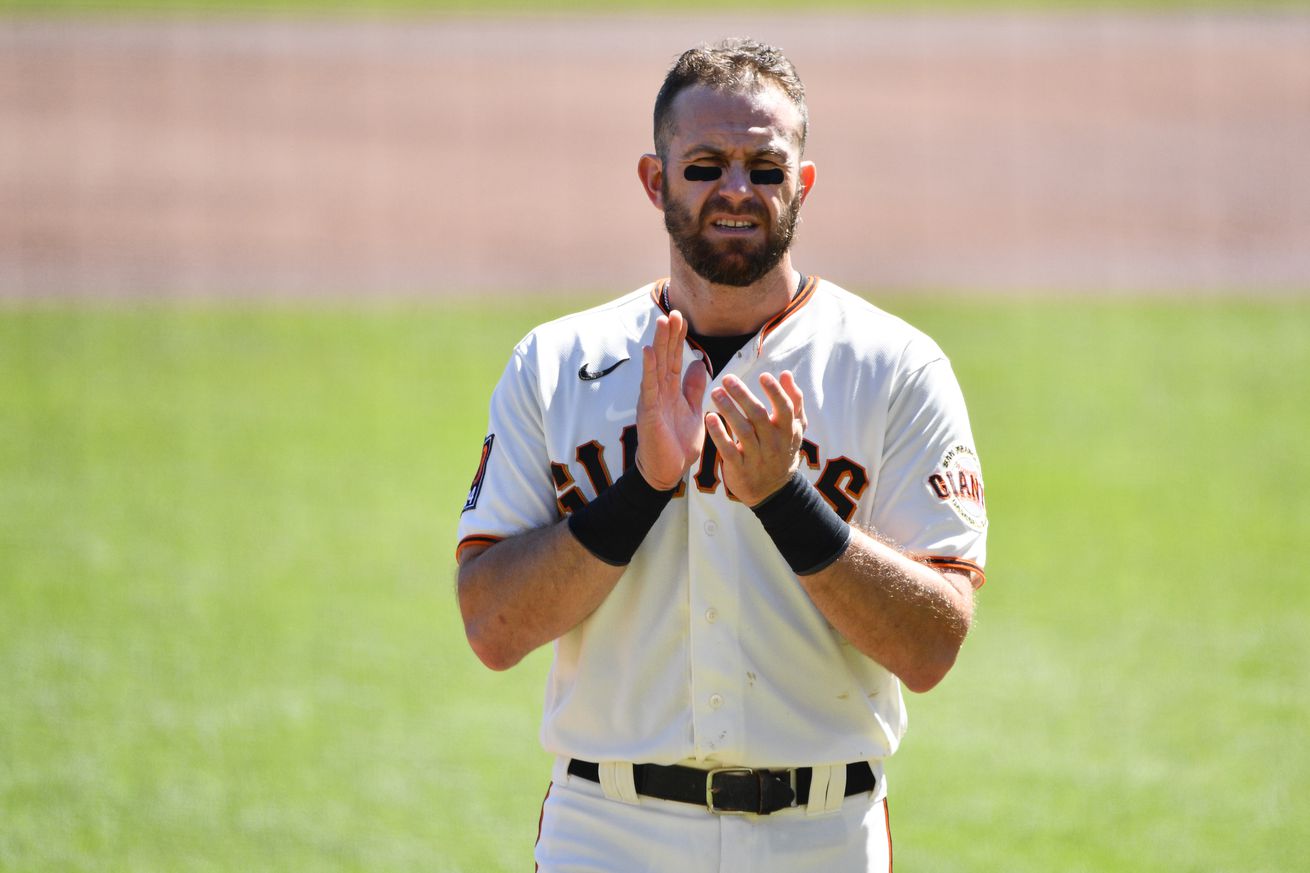 San Francisco blew countless opportunities in an extra-innings loss to the Rockies.

Here’s a probably incomplete list of things that San Francisco Giants could have done better to avoid suffering a 5-4, 11-inning loss to the Colorado Rockies. It’s a list of times where they came up short when they should not have come up short.

Some of it was bad luck: Wilmer Flores’ deep fly out in the 10th had every single body in Oracle Park fooled, with every Rockies player, every Giants player, and both broadcasters thinking it was a walk-off home run. Longoria destroyed a baseball a few batters later that somehow found a mitt.

But much of it was simply missed opportunity.

The Giants went 3-18 with runners in scoring position.

Let me say that again, but this time italicized for emphasis: The Giants went 3-18 with runners in scoring position.

Let me say that again, but this time bolded, italicized, and capitalized for maximum annoyance emphasis: THE GIANTS WENT 3-18 WITH RUNNERS IN SCORING POSITION.

Excepting three walks — two of which were intentional by the book, and the other of which was intentional by spirit — the Giants had a slash line of .176/.150/.235 with runners in scoring position.

Call that bad luck, bad variance, missed opportunity, or just plum failure, it cost the Giants a game that they simply couldn’t afford to lose.

It was the most deflating loss since Game 4 of the 2016 NLDS, and also robbed us of the chance to truly savor a game-tying home run by Belt.

And it kept us from getting to properly appreciate this catch by Dubón.

It dropped the Giants to 28-28, though the good news is that they’re still in a Wild Card spot. But they have the same number of losses as the first team out, the Milwaukee Brewers, and don’t have the tiebreaker.

They had a chance to take a big step forward. And they almost took it, so, so many times.