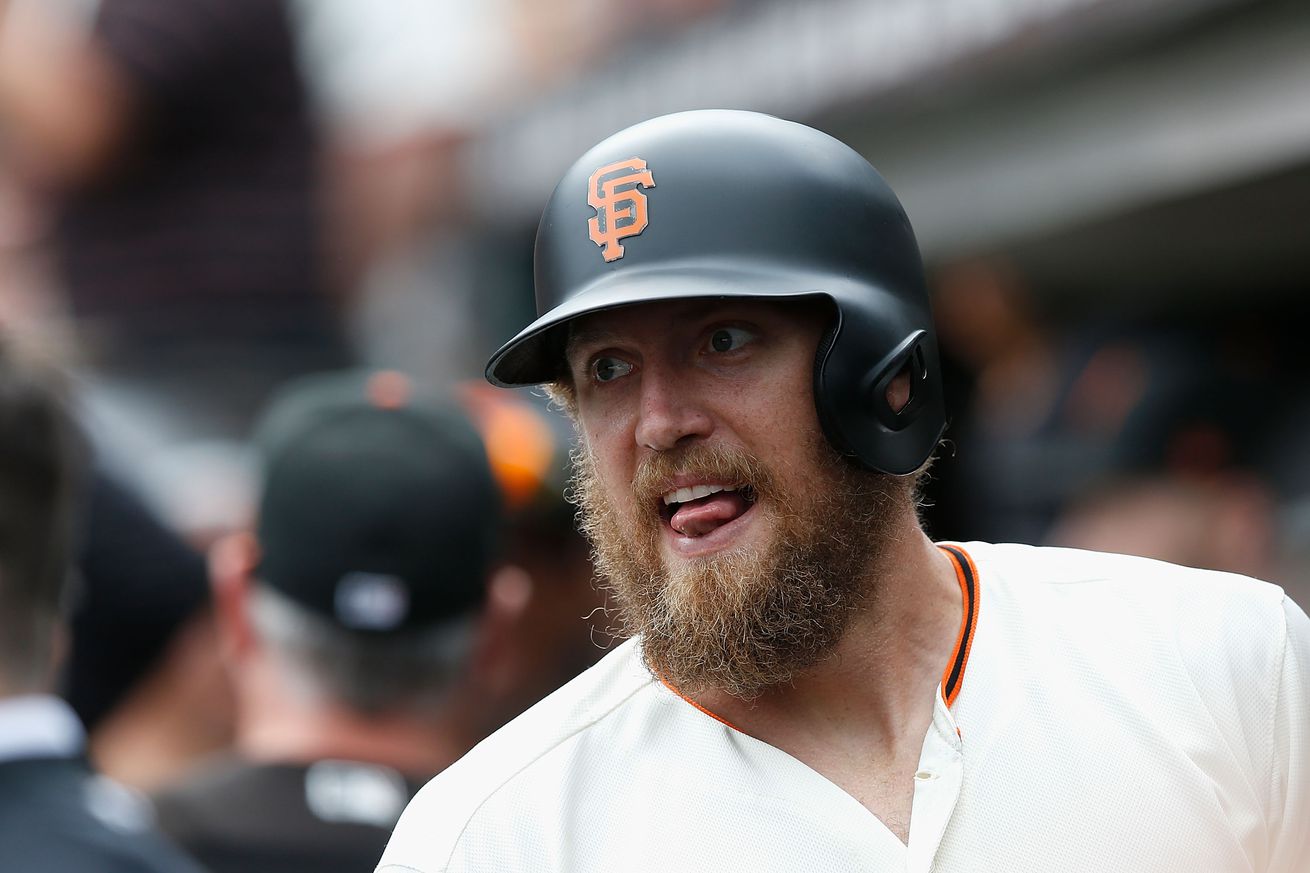 This is not a drill! They really did!

Look up “Hunter Pence” in the dictionary, and this game will come up. This was as emphatically Hunter Pence as it gets. Consider that he did the following:

And that was his game. Some swings and misses where you wonder how this guy is a professional baseball player, followed by some contact that reminds you exactly why. Some plays that could have been easier but were good nonetheless. Endless energy. A dirty jersey. A look of determination that always turned into a smile.

I loved every second of it.

Elsewhere, Johnny Cueto was very solid, mostly keeping the (admittedly bad) Rockies bats at bay. He wasn’t missing many bats, but he wasn’t allowing hard contact. The Giants won 3-1, earned a sweep (their first three-game sweep of the year), and improved to 28-31.