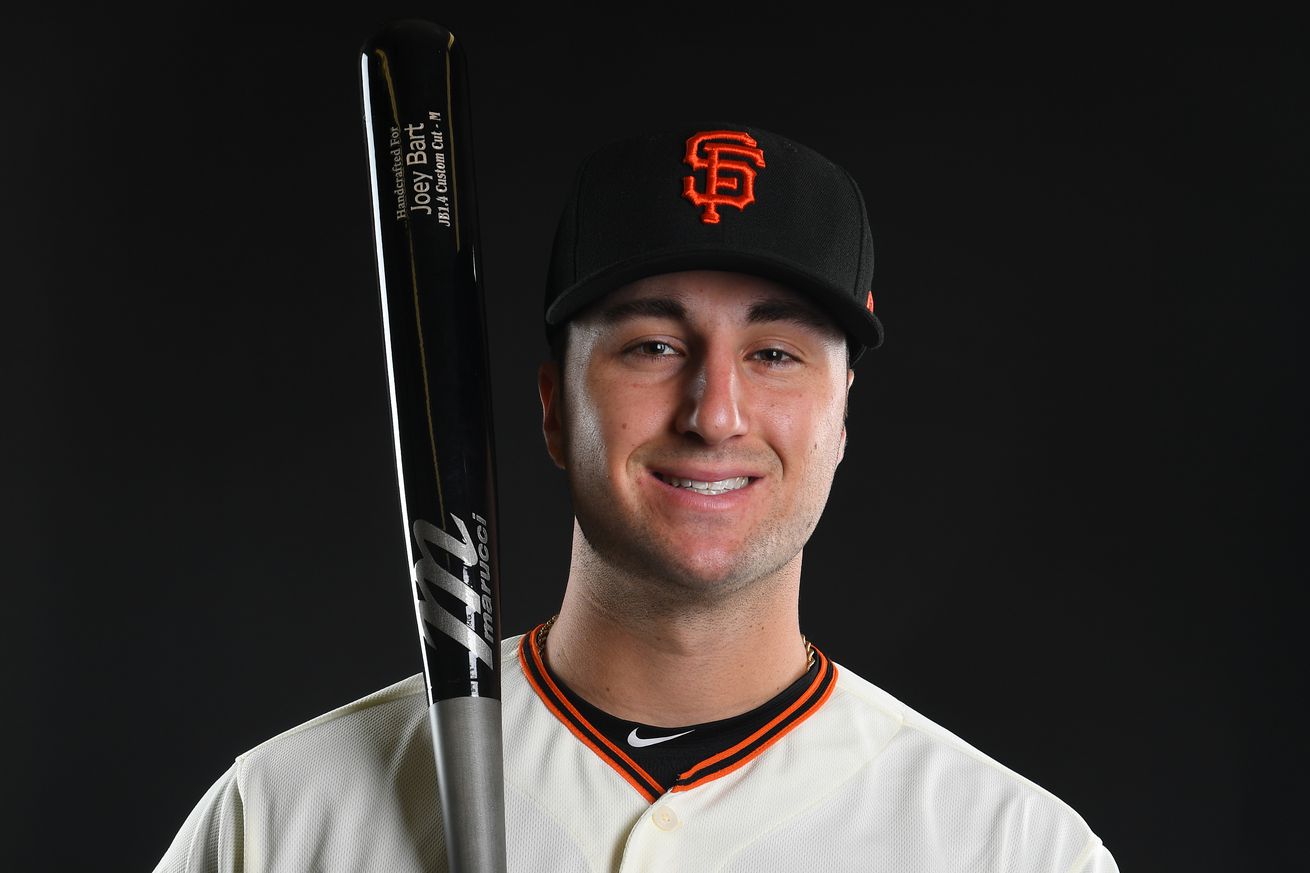 Do you think he knows that all eyes will be on him? Talking about 6’11” Sean Hjelle.

The Giants notified their congress of fans via Twitter of the 18 non roster invites they’ve extended for spring training. Like last year, top prospect Joey Bart will be among the invitees, but the other standout (to me, anyway) is 2018’s 2nd round pick, Sean Hjelle, whom you may recall as standing 6’11”. The whole list:

You might vaguely remember Zach Green getting into eight games last year, and after the Giants removed him from the 40-man roster, they were able to agree to a modified minor league deal to keep him in the organization. They made a similar deal with Cristhian Adames after the World Series last year and with Drew Robinson back in October. Jamie Westbrook is another right-handed infielder/outfielder type who was drafted by the Diamondbacks in 2013.

Joey Rickard was a candidate for salary arbitration, but with a projected value of about $1 million, the Giants opted to go this route to save so money in the short term. Rickard represents a little speed and a little OBP and can play all three outfield positions.

Heineman and Tromp both have pop and in the switch-hitting Heineman’s case, a high degree of on base ability. In his minor league career (604 games), he has 208 walks against 266 strikeouts. The rest of this hitting bunch follows the general m.o. of Zaidi’s acquisitions since taking over baseball operations: a 2:1 (if not better) strikeouts to walk ratio. Coupled with positional flexibility, they represent quality depth with a projected floor of a little bit better of replacement level, and if all goes better than the projection, then who knows?

The Giants had claimed Rico Garcia off waivers from the Rockies only to turn around and release him in order to sign this minor league deal. He was the Rockies’ #20 prospect at one point last season.

Andrew Triggs and Trey McNutt are the most notable names in this bunch. Triggs if you’ve ever watched an A’s game and McNutt if you’re nasty. If they’re not high-velocity arms, then they’re sinker-slider the guys the Giants may be looking to convert to four-seam throwers.

This bunch joins Tyson Ross, whom the Giants signed to a minor league deal with a $1.75 million guarantee and a bunch of incentives should he make the majors. Those incentives would max out his salary around $3 million, which means the secret tiered free agent salary structure of MLB’s front offices is clear: a potential 1-win veteran free agent is worth about $3 million.

As that shows and this list backs up, the Giants are following a very specific and disciplined plan for player acquisition. Let’s hope the model leads to some promising results.