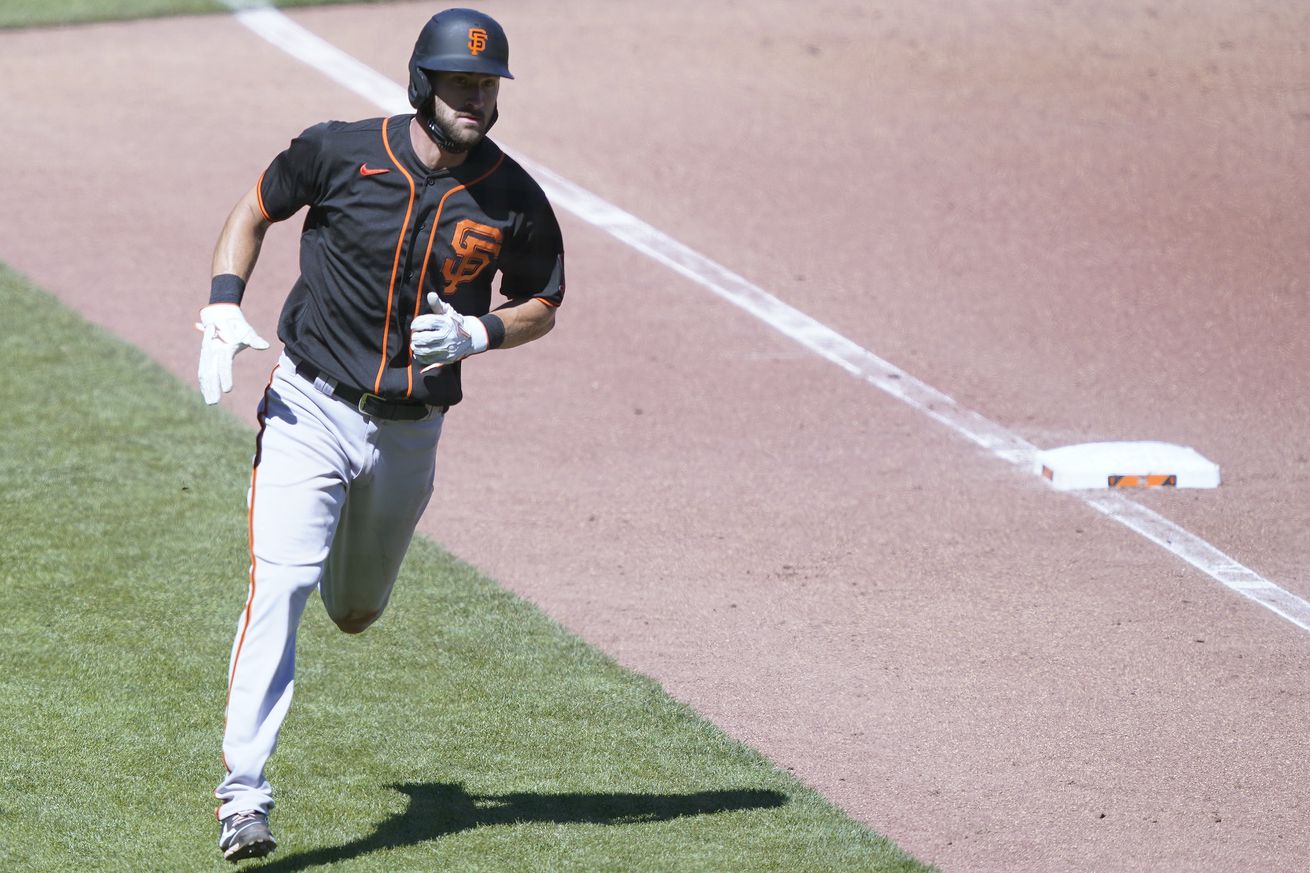 The San Francisco Giants outfield shuffle continues. On Wednesday afternoon, ahead of their game against the Colorado Rockies, they placed Luis Basabe on the Injured List, and recalled Steven Duggar.

ROSTER MOVES:
• OF Luis Basabe placed on the 10-day IL with a right hamstring strain.
• OF Steven Duggar recalled from the Alternate Training Site.#SFGiants

Basabe exited Tuesday’s win over the Rockies after hurting his hamstring running to first base. The team diagnosed it as a right hamstring strain, and an IL stint was the only option.

Because the shortest IL placement is 10 days, and because the regular season ends on Sunday, that means that Basabe’s regular season has officially ended. He could, however, be added to a postseason roster.

The switch-hitting Basabe made his MLB debut with the Giants a few weeks ago, and finished the year hitting 2-14 with 4 walks and 5 strikeouts. He wasn’t great in his short stint, but impressed with his patience at the plate, and his baserunning skills (he stole a pair of bases, and wasn’t caught stealing).

Duggar provides some strong defense for an outfield that’s sorely lacking in it, but has struggled offensively this year. He’s hitting just 3-28, with 2 doubles, 0 walks, and 10 strikeouts. But his defense and left-handed bat are enough to make him the choice over Jaylin Davis.

Kapler addressed the choice of Duggar over Davis. #SFGiants haven’t given up on Davis and he’s still in mix, but team prioritized a LHH and a better OF defender.

Said the key for Davis is making more contact in the zone. Giants think he can be great, but needs more contact. https://t.co/DT9tSz45rj

The Giants would probably like to keep Duggar as a late-inning defensive replacement or pinch-runner, but their outfield depth is being tested, as Austin Slater can’t play in the field and Mike Yastrzemski is currently out.

As such, Duggar is being slotted into the lineup on Wednesday, starting in right field and hitting ninth.