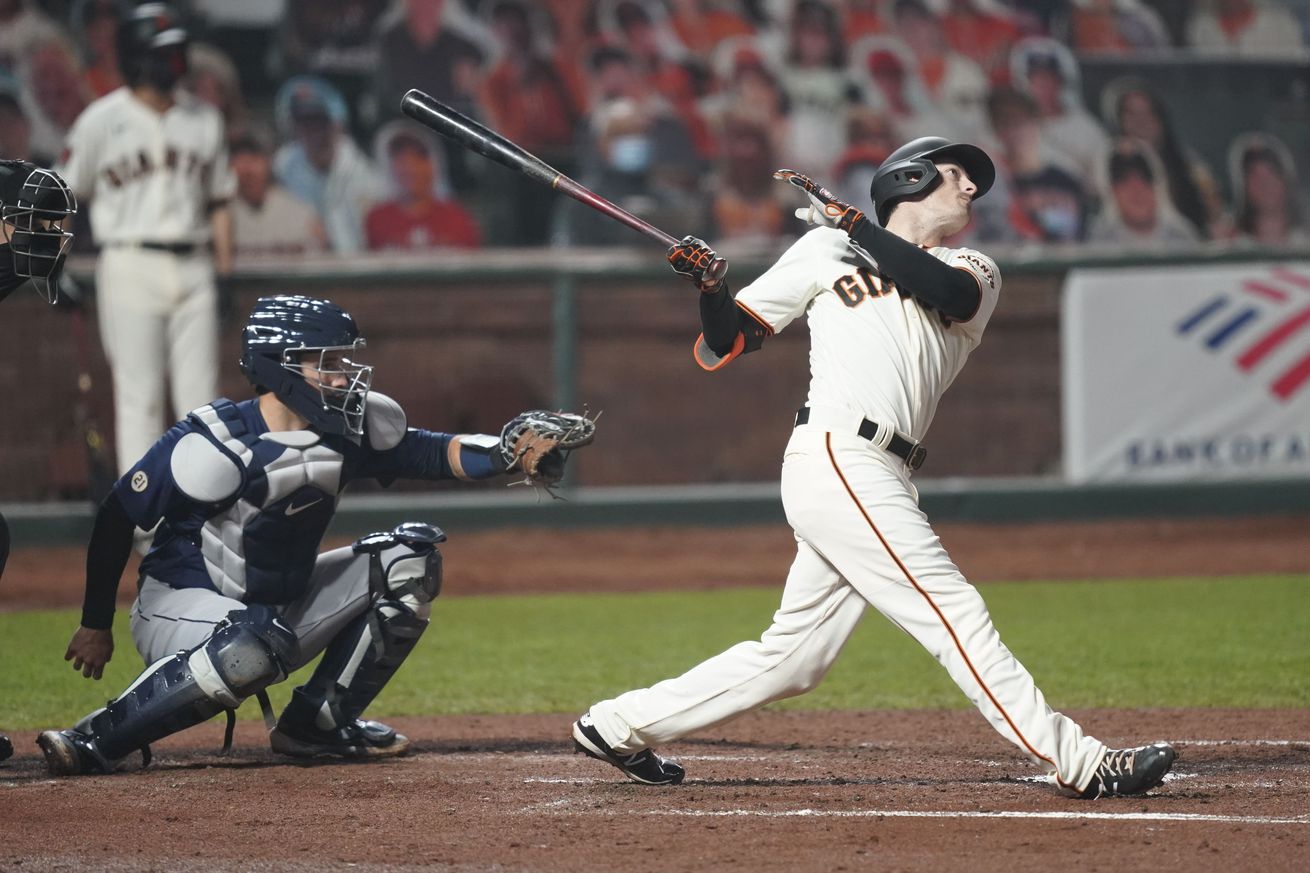 He could return to the lineup on Friday.

Mike Yastrzemski is back. Sort of.

The outfielder isn’t in the lineup for the San Francisco Giants matinee finale against the Colorado Rockies on Thursday afternoon, but manager Gabe Kapler said he is available off the bench as a pinch hitter.

Well that is emphatically some good news. The Giants haven’t had Yastrzemski play in a week, since he strained his right calf early in the Giants win over the Seattle Mariners last Thursday. He’s been day-to-day since.

Yastrzemski is hitting .285/.390/.553 on the season, and leads the Giants in Wins Above Replacement. The Rockies don’t have a single left-handed pitcher in their bullpen, so I would guess it’s pretty likely that Kapler finds a spot for Yastrzemski to come up to the plate, even if the Giants manager will have to get a little creative since Yastrzemski presumably can’t play the field.

It also seems that the star outfielder won’t be relegated to just pinch hit duty for the rest of the season. According to Kapler, Yastrzemski could start one of the Giants doubleheaders on Friday against the San Diego Padres.

Yaz running bases today. Will be evaluated, but Kaplar said it’s a possibility he’ll start one of the double header games tomorrow. @SFGiants

The Giants currently occupy one of the Wild Card spots, and are thus in control of their fate. But it’s not going to be an easy final five games as they push for the postseason, especially since four of those games are against the Padres.

Getting Yastrzemski back for a few games, and a few at-bats during the final push could end up being the difference between playing next week and packing it up early.