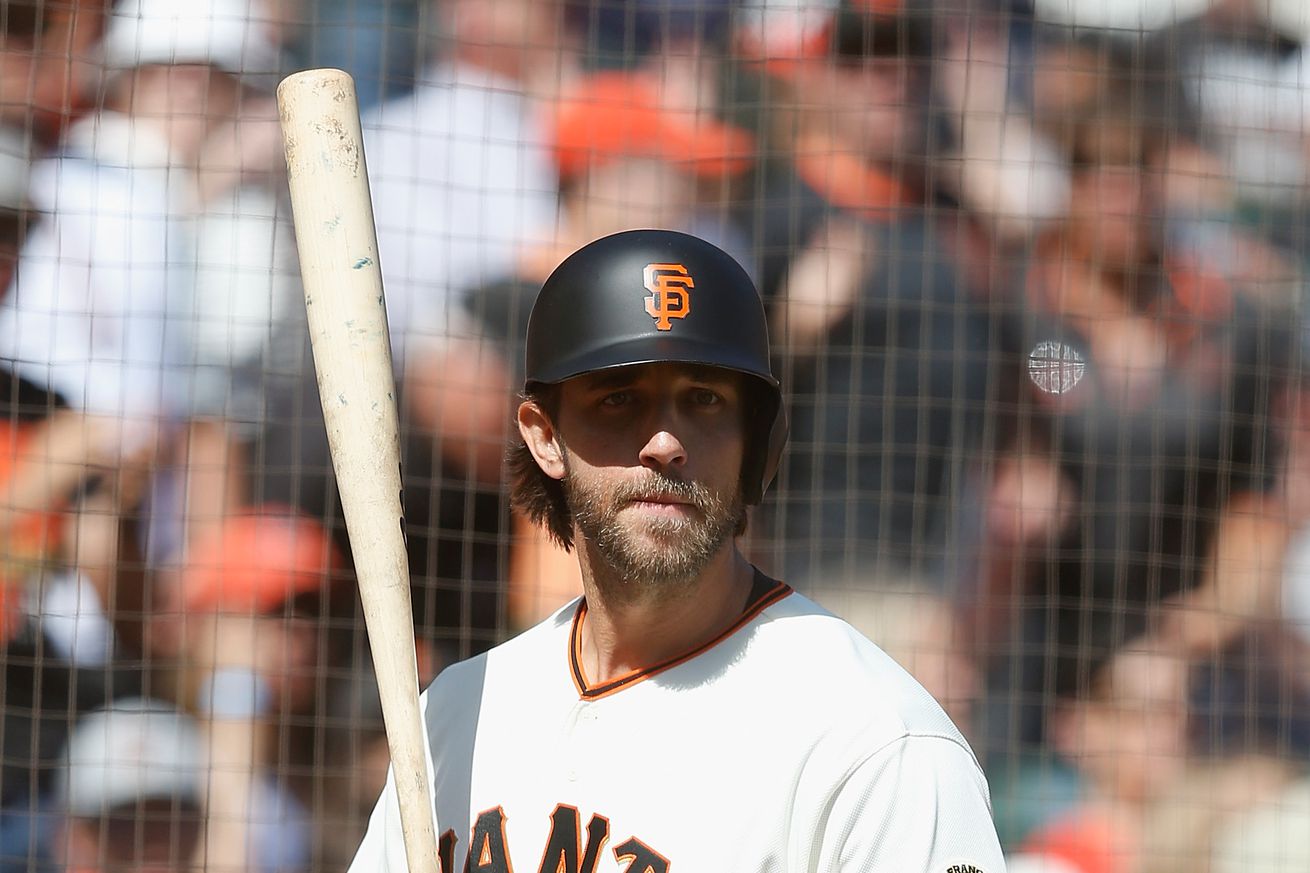 Totally forgot that I put myself on the schedule to do the BPs for part of this week!

So, as you know, the Winter Meetings begin today in San Diego. The expectation is that big deals will be made or at least some the heat on the stove will get turned up.

Yasmani Grandal is already off the board, but who do you think the next big free agent to sign will be? Madison Bumgarner probably won’t be it, but he’s already popped up a few times on the Winter Meetings radar:

Madison Bumgarner is reportedly asking for a nine-figure deal https://t.co/EZphha3m1v via @HardballTalk

Gerrit Cole is looking for a record-setting deal which could exceed seven years and $250 million. Stephen Strasburg walked away from four years and $100 million. Zack Wheeler just got $118 million. Bumgarner would seem to be well within his rights to ask for and expect a nine-figure deal.

We know it won’t be the Giants giving him that deal, so where do you think he will land instead?

Meanwhile, the Giants probably plan to hold us down and blow wet farts in our face for the next couple of years, but what kind of farts do you want them to blow? Is it Yasiel Puig? Is it a bunch of 39th dudes off of smart teams’ 40-man rosters? Would you rather they do absolutely nothing so that you can log on to rip on we whiners complaining about it online?

Remember: Farhan Zaidi knows he can exert very little effort and cash to build a team that will win 75 games. Question is: how many wins above 75 do you think he’s intending to program the team to win in 2020?