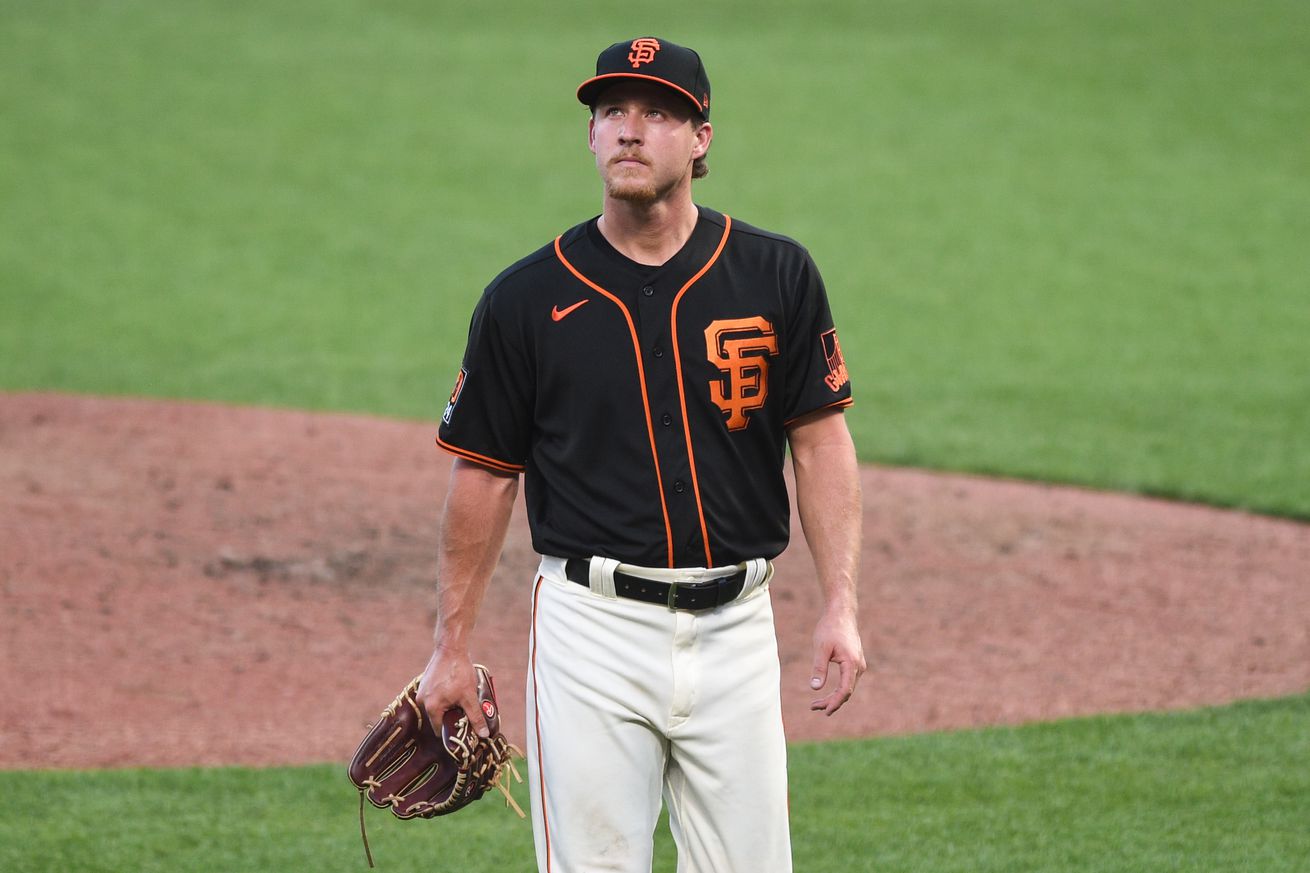 Not exactly the season he was hoping for.

Next up on the San Francisco Giants season reviews: right-handed reliever Trevor Gott.

Status throughout the season

Gott started the season on the active roster, and was placed on the Injured List on Sept. 13, retroactive to Sept. 10

Prior to the start of the season, Gott was tagged by many — myself included — as the likely closer for the Giants. And that turned out to be his role when the year began. The right-hander was given the team’s first two save opportunities of the year, in the opening series against the Los Angeles Dodgers.

And while he wasn’t prefect, he got the job done. The opportunities were few and far between in the coming days and weeks, because the Giants weren’t exactly racking up the leads. And so Gott mostly kept the bullpen seats warm, as the Giants seemed determined to use him in a traditional closer role, despite eschewing other standard bullpen labels.

And then came the disaster. On Aug. 14, the Giants took a 7-2 lead into the ninth inning against the Oakland A’s. Gott, who had only pitched four times all month for the aforementioned reason, was given a chance to get his arm loose.

Gott gave back all five runs, while recording just one out, in a game the Giants would lose in extra innings. He did the one thing every reliever has nightmares about: blew a ninth inning lead that was so big that he didn’t even get a blown save for it, because it wasn’t a save opportunity.

The next days the Giants took a 6-3 lead into the ninth against the A’s, and Gott was given the opportunity for redemption. He gave up four runs while recording just two outs, earning a blown save and a loss in the process.

Two days later, against the Los Angeles Angels, the Giants had a 6-5 lead entering the ninth, and Gabe Kapler gave Gott one more opportunity. One Tommy La Stella walk-off home run later, and the Giants had lost.

If you want to play the logically fallacious “look how he did if you take out that week” hypothetical, it still wasn’t all that great. Sure, eliminate those three games and Gott only gave up two runs in 10.1 innings. But he still gave up six walks and two home runs in that time, with just seven strikeouts. Even when he was good he wasn’t a dominant late-innings reliever.

Now, we may never see a baseball season where the baseball is less important than it was in 2020. So it needs to be noted that Gott was one of the Giants most vocal people when it came to fighting racial injustice. He knelt during the national anthem, took to social media to support Black Lives Matter and discuss the overt system racism in our society (including his home state of Kentucky), and told The Athletic’s Andrew Baggarly, “My decision [to protest racial injustice] shouldn’t anger anyone. And if it does, I probably don’t want them in my life anyway.”

If I were ranking Giants based on who I wanted to have a conversation with, or a beer with, Gott would be high up the list. Also, his cat is freaking adorable.

Waiting for outside to open like…#bigcatguy

Unfortunately, his season was bad. But let’s hope that the elbow inflammation that sent him to the Injured List was the root of his pitching issues.

Gott is still a far ways away from free agency, and while his 2020 was a disaster, he was very good in 2019 in a much more substantial sample size. His season may have been a nightmare, but there’s no reason to think he isn’t a valuable reliever going forward.

It seems unlikely that he enters 2021 as the closer, but I would expect him to still be a key member of the bullpen.

If I were grading just on baseballing, Gott would, unfortunately, get an F. But as I mentioned, baseball was less important this season than in other years, so his contributions off the field move him up in my book.