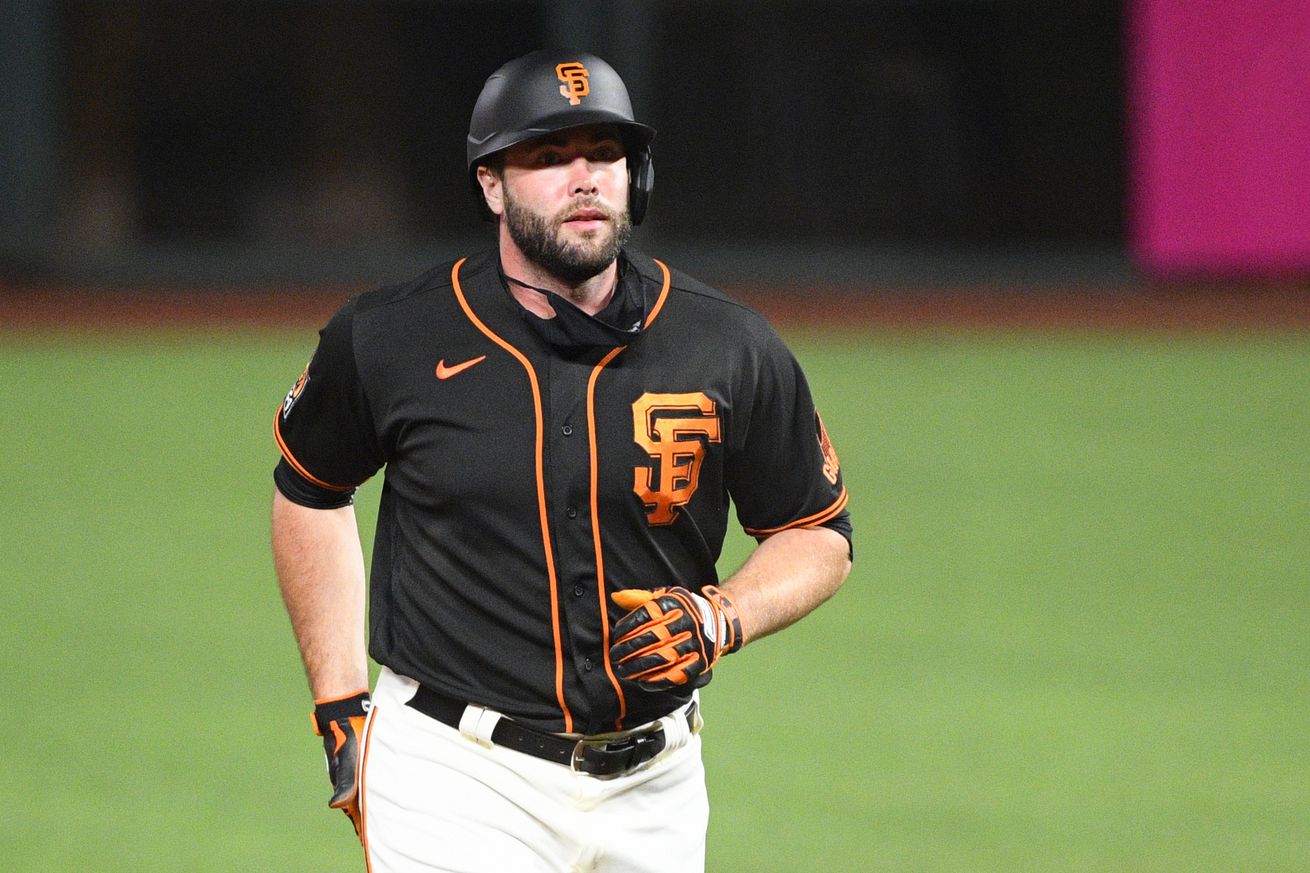 Last week, Darin Ruf told KNBR’s Mark W. Sanchez that he “loved every minute” of the San Francisco Giants season, and that he’d “love to be a part of it next year.”

Ruf returned to MLB in 2020 following a three-year stint in the KBO, after he had failed to stick around at the big league level. He had a tremendous year, hitting .276/.370/.517. Had I told you that before the season, you probably would have thought he’d been the Giants best offensive outfielder.

And those four names, plus the subtraction of roster sizes and the designated hitter, make Ruf’s journey to the 2021 Opening Day roster a little bit tricky. Far from impossible, but tricky.

And that’s before you get to the fact that the Giants will likely look for a big bat in free agency, and that Heliot Ramos is getting close to being MLB ready.

So put in your predictions: who will be the outfielders on the 2021 Opening Day roster?

There are 158 days until Opening Day.

I hope you have a glorious Sunday.