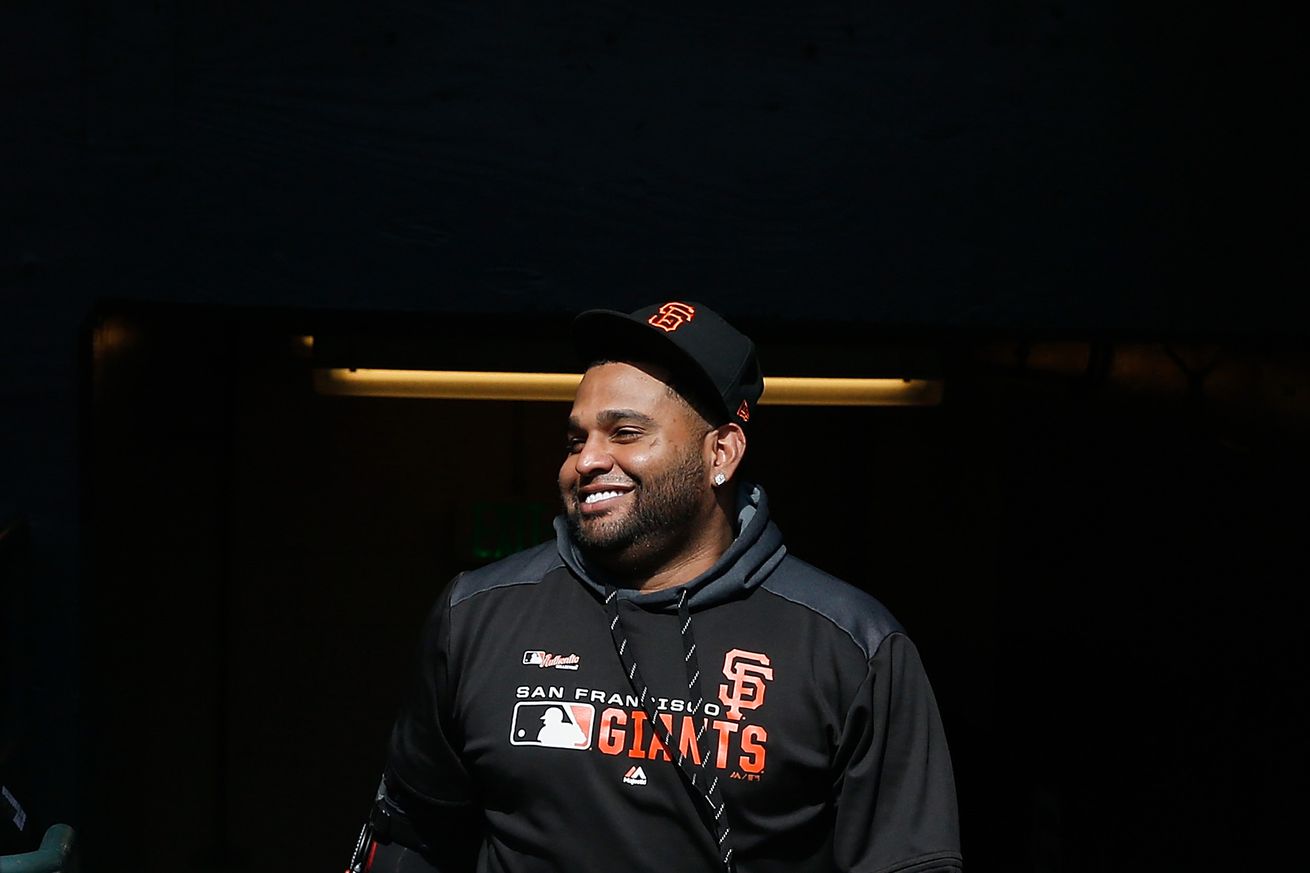 The Giants might announce their full coaching staff today, but before we get into the weeds dissecting their resumes, let’s take a look at the quick Giants hits from the first full day of the Winter Meetings:

I really love that Mike Yastrzemski was there. Pablo Sandoval can’t say his last name, but he still wanted a glass of whiskey at his wedding ceremony. Also, hello, Gregor Blanco!

“People talk a lot about how we’re in the entertainment business and one thing I’ve learned about the fans of our team is the connection they have with the players is different than what I’ve experienced elsewhere, and that’s something that I’ve had to learn and appreciate and make an adjustment to.

We must absolutely not read that as any sort of indication that the Giants will splurge in free agency to patch their holes and simply an acknowledgement by the team’s Big Kahuna that he’s heard the cries of the people.