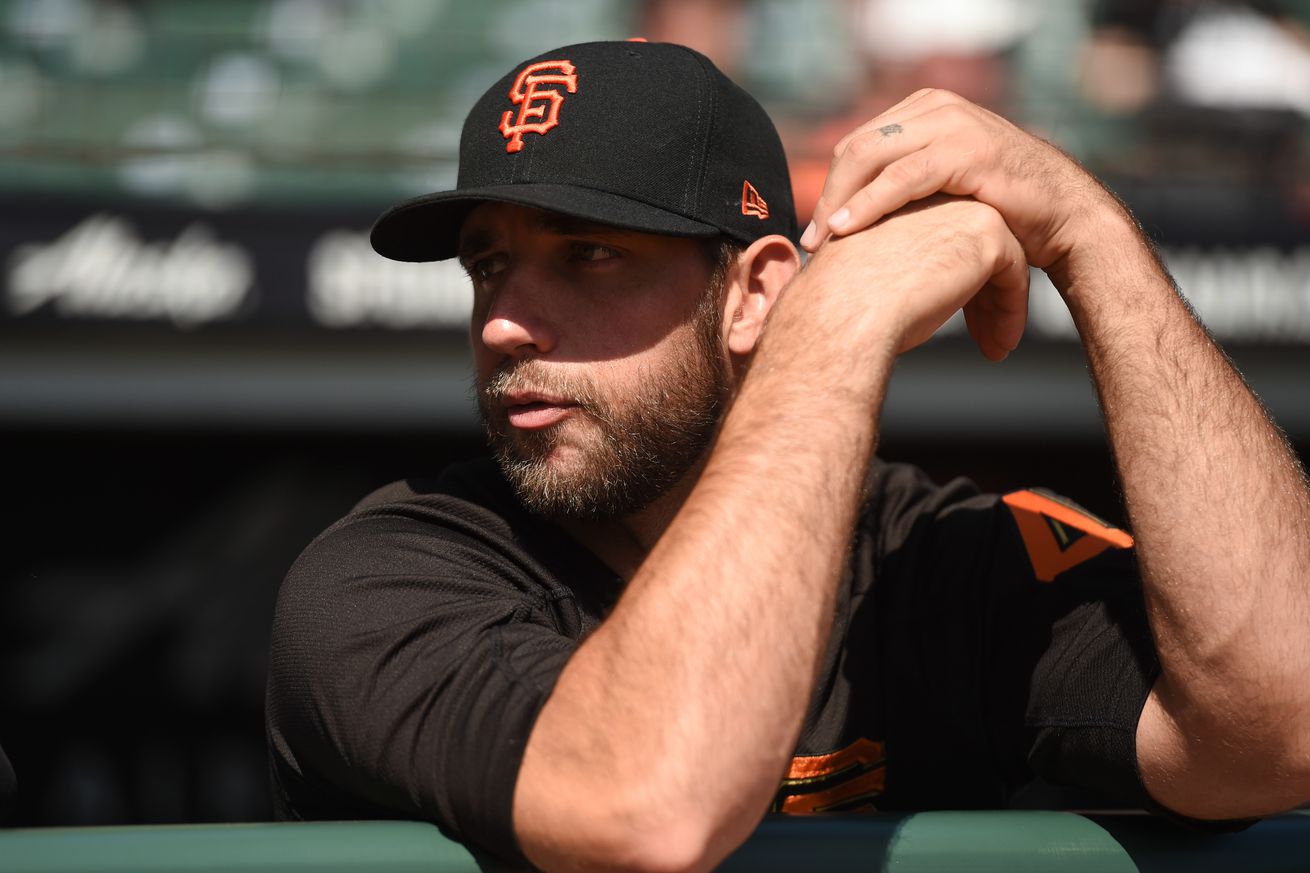 So we’ve reached the thick of the Madison Bumgarner free agency rumors. As of the time this is being written (Thursday afternoon) there are several teams in the mix to try to get a rose from Bumgarner. Unfortunately, from the sound of things, it doesn’t seem as though the Giants are one of them. And not because he doesn’t want to come back. If the rumors are to be believed, his preference is to return to the only team he’s ever pitched for. But the feeling isn’t mutual. Again, though, rumors.

Per Mark Feinsand of MLB.com, several teams are interested in the lefty, including the Minnesota Twins, Cincinnati Reds, Chicago White Sox, Atlanta Braves and most recently, the St. Louis Cardinals and he is expected to receive a deal worth roughly $100 million and possibly sign before next week’s Winter Meetings.

If it’s a sure thing that Bumgarner is going elsewhere, where would you prefer he end up?

And on a side note, before we part for the weekend, we’d like to extend our condolences to the family of a Bay Area sports community legend, Salty in Clovis. KNBR reported yesterday that he had passed away. The man was a legend of hot takes and high sodium content. Rest in peace, Salty. You’ll be missed.

I wondered why we didn’t hear more from Salty this season,today I received a call from one of his good friends who sadly told me Salty passed away today after a long battle with cancer..I had fun with Salty on the shows and I will miss his takes..RIPSalty..@sportslarryknbr @KNBR