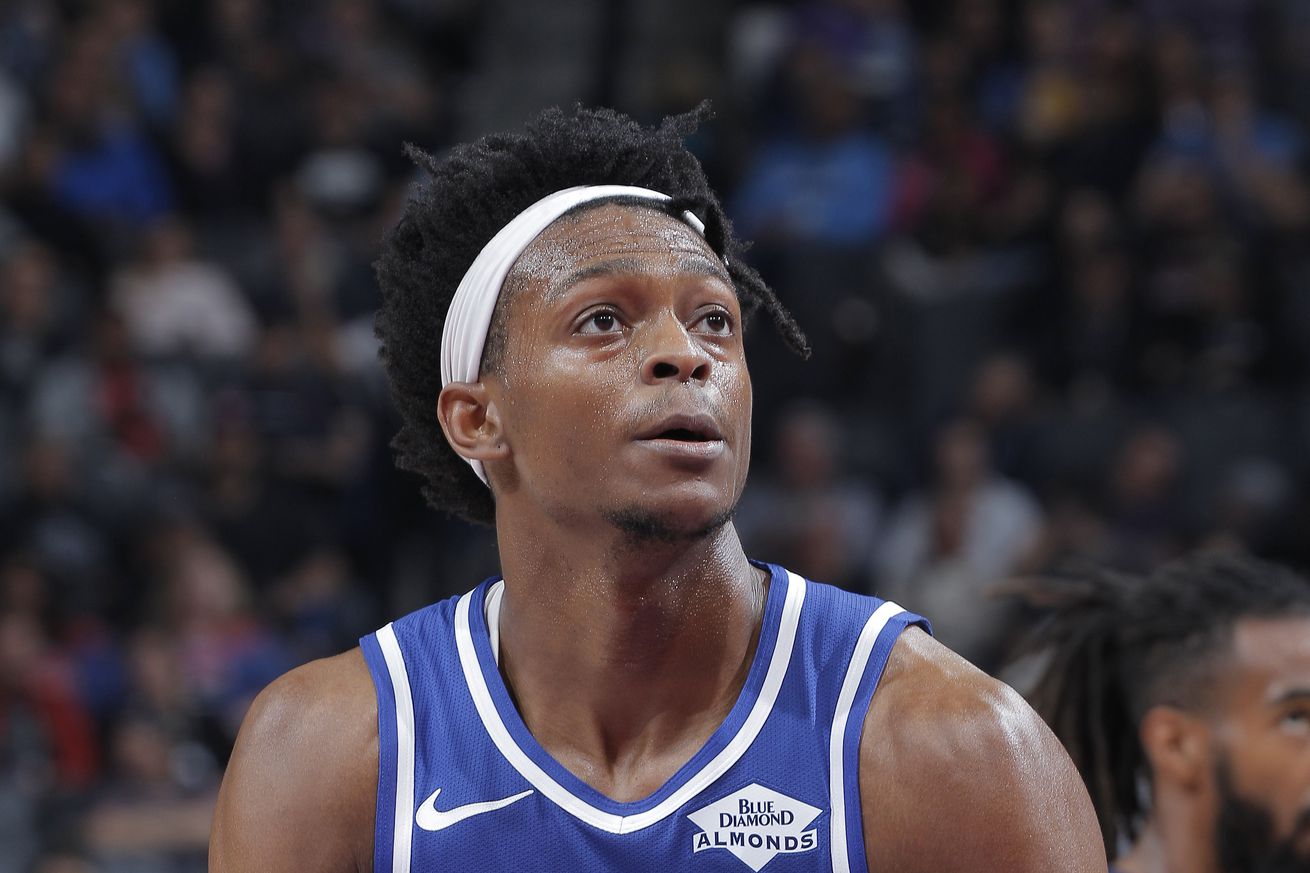 Lorraine Harris-Fox knows a thing or two about shooting free throws. She has the University of Arkansas-Little Rock’s highest free-throw percentage record, after all.

At .928 percent, Harris-Fox was a highly efficient shooter from the free throw stripe in the 1980s. Her son, De’Aaron is now the point guard for the Sacramento Kings so when it comes to their discussions about his free throws, she has some to-the-point advice for him: “She just says, ‘make your damn free throws,’” he said of his mom with a laugh.

You can’t argue with that advice, and Fox knows he needs to both make and take more. Fox made all of his eight free throws Thursday night in the Kings 128-123 win over the Memphis Grizzlies (to go along with 27 points, 9 assists, 5 steals and 4 rebounds).

He said boosting his free throws is a goal this season.

“Get to the line a lot more, obviously get my free throw rate up, but also get the efficiency up – be able to get there and make them. That’s a huge part of my game that I know I have to work on.” Fox said.

Fox is attempting 6 free throws per game this season, which is up from 5.1 last season and 2.7 in his first season. That also places him at 16th in the league in terms of the number of free throws attempted per game. (James Harden leads the league at 12.3 per game.) Of the 17games he has played so far this season, Fox has taken six or more free throws nine times (he went 11-14 from the line against the Portland Trail Blazers on Oct. 25). His free throw percentage, however, is down compared to his previous two seasons – from 72 percent in seasons 1 and 2, to 71 percent this season.

“A lot of the best guys in the league shoot a lot of free throws and they have good percentages, so if I want to be one of those then I have to be able to do that,” said Fox, who is learning how you can get foul calls based on the feel of games and seeing “how the refs are calling it knowing what you can kind of get away with.”

Getting to the free throw line seems a natural extension of Fox’s style of play. The blazing speed, the handles, the downhill style – and the pace that comes with it. The team had a void in the free-throws-attempted area while Fox and Marvin Bagley were both out. And though Fox is helping in that regard, the Kings currently rank 29th in the league in free throw attempts at 19 per game.

Fox has a lot on his shoulders this season, especially with the expectation to elevate the team to the next level and be a leader. Head coach Luke Walton elaborated on that.

“He is what we call the head of our snake, right? We have a lot of guys that we believe can step in, be a leader for us. We think Fox is the guy that’s really going to take the group to the next level. He’s young and that’s a lot to put on his plate, but he’s aware of that, and he knows that’s kind of how we feel about him,” Walton said.

Fox is able to get to places so quickly on the floor that it naturally gets the rest of the players out and running with higher energy. Pace has been the question mark of this team this season as Walton has put more of an emphasis on defense and executing in the half court.

Richaun Holmes sees how the pace increases when Fox is on the floor and says everything needs to revolve around the speedy point guard.

“I think that’s the way we’ve got to play, especially with Fox back in the lineup. That’s one of his strengths putting pressure on the defense, playing fast, playing with a lot of pace. I think having him back in the lineup is really improving our pace, he’s kind of the head of the snake on offense so we go as he goes,” Holmes said.

Part of putting on the pressure on the defense is getting to the free throw line.

“At the end of the day, if you are aggressive teams are going to foul you,” Fox said.