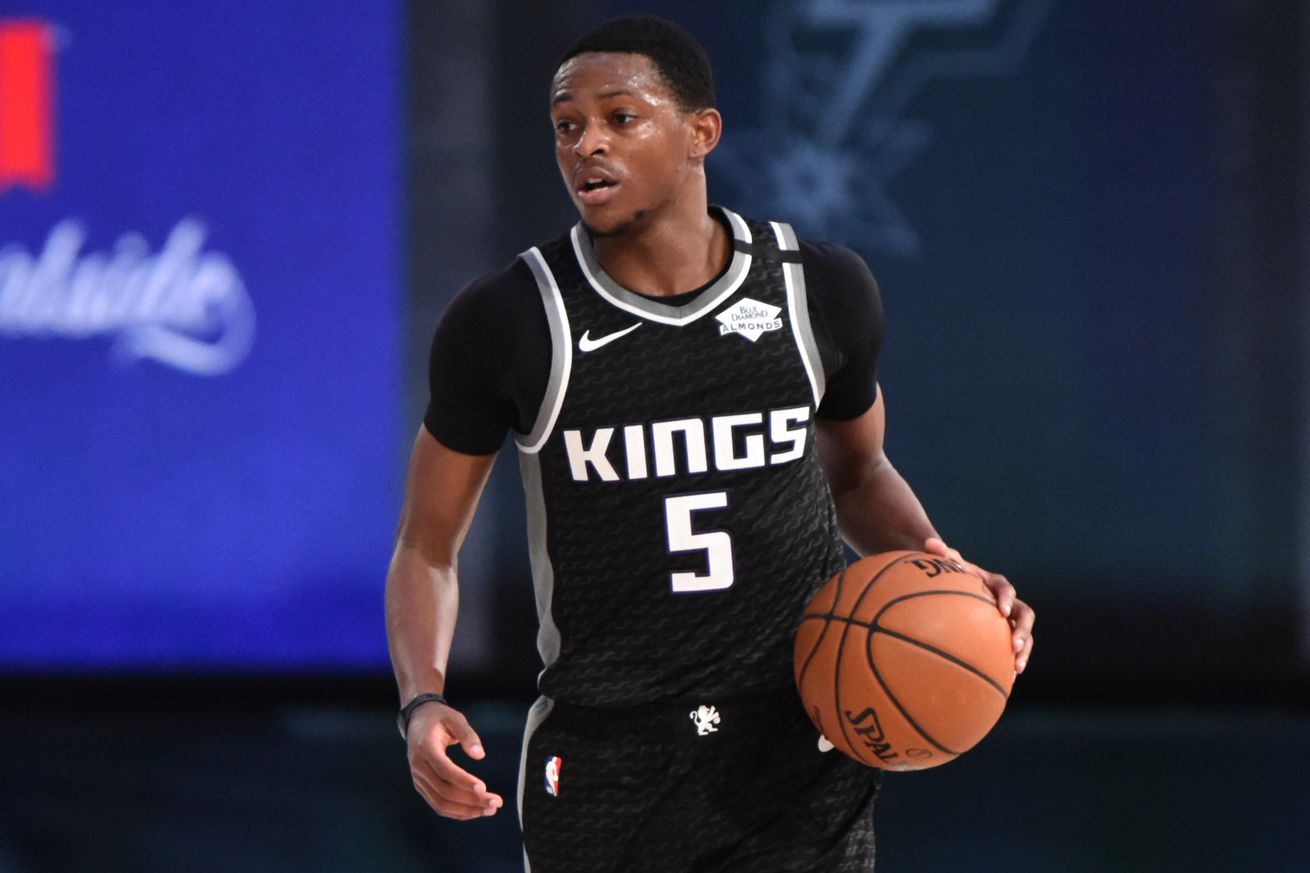 De’Aaron Fox wants to be a legend in Sacramento

De’Aaron Fox has been with the Sacramento Kings for three seasons, and in each of those three seasons, his team has missed the NBA playoffs. They had an opportunity to snap their 14-year playoff drought when the season restarted in July, but they went 3-5 in their seeding games and finished 12th in the Western Conference. To say it was a letdown would be an understatement.

Fox shares the frustration that the fans feel, but he’s hopeful for the future. During a recent interview on the “The Old Man and the Three with JJ Redick and Tommy Alter,” Fox talked about why he enjoys the struggle of getting the Kings back to the playoffs and what it would mean for him to bring the city of Sacramento its first NBA championship:

It’s definitely a huge challenge, but the thing is, whenever our draft process was going on — and obviously after the lottery, you kind of see how teams stack up — I was like, ‘Man, I kind of want to go No. 5. I want to be the fifth and go to the Kings.’

For me, it’s like … imagine being one of those players that’s on a team that hasn’t been in the playoffs in almost a decade, two decades a decade and a half, and then being the first team to actually get to the playoffs.. Obviously, it’s hard as hell, especially being in the west, but just being able to be a part of that would be something special. And if we can end up building a championship-contending team, then it’s like … man, if you end up winning a championship in Sacramento, that’s looked at a lot differently and you probably feel a lot better than you do with anything else. I just wanted to be a part of that process.

For as long as I’m here, however long I’m here, if I’m able to do that it’s … man, I think it’s a pretty good career if you’re able to do it

Fox will be eligible for a contract extension in the offseason, and the overwhelming expectation is that it won’t take too long for Fox and the Kings to agree to terms. I mean, Fox has outright said he wants to be in Sacramento long-term.

The Kings have been here with players before, though. In fact, just last year, they signed Buddy Hield to a four-year, $86 million extension. Now, Hield’s future in Sactown is in limbo.

The Kings can’t afford to make the same mistake with Fox, which is to say their commitment to Fox can’t end when the ink on his contract dries. Fox is a special talent, and if the Kings have a responsibility to him (and their fans) to build a competitive roster around him. Doing anything else would be the equivalent of asking him to leave.

Here’s to hoping the new-look office has a plan that includes Fox.