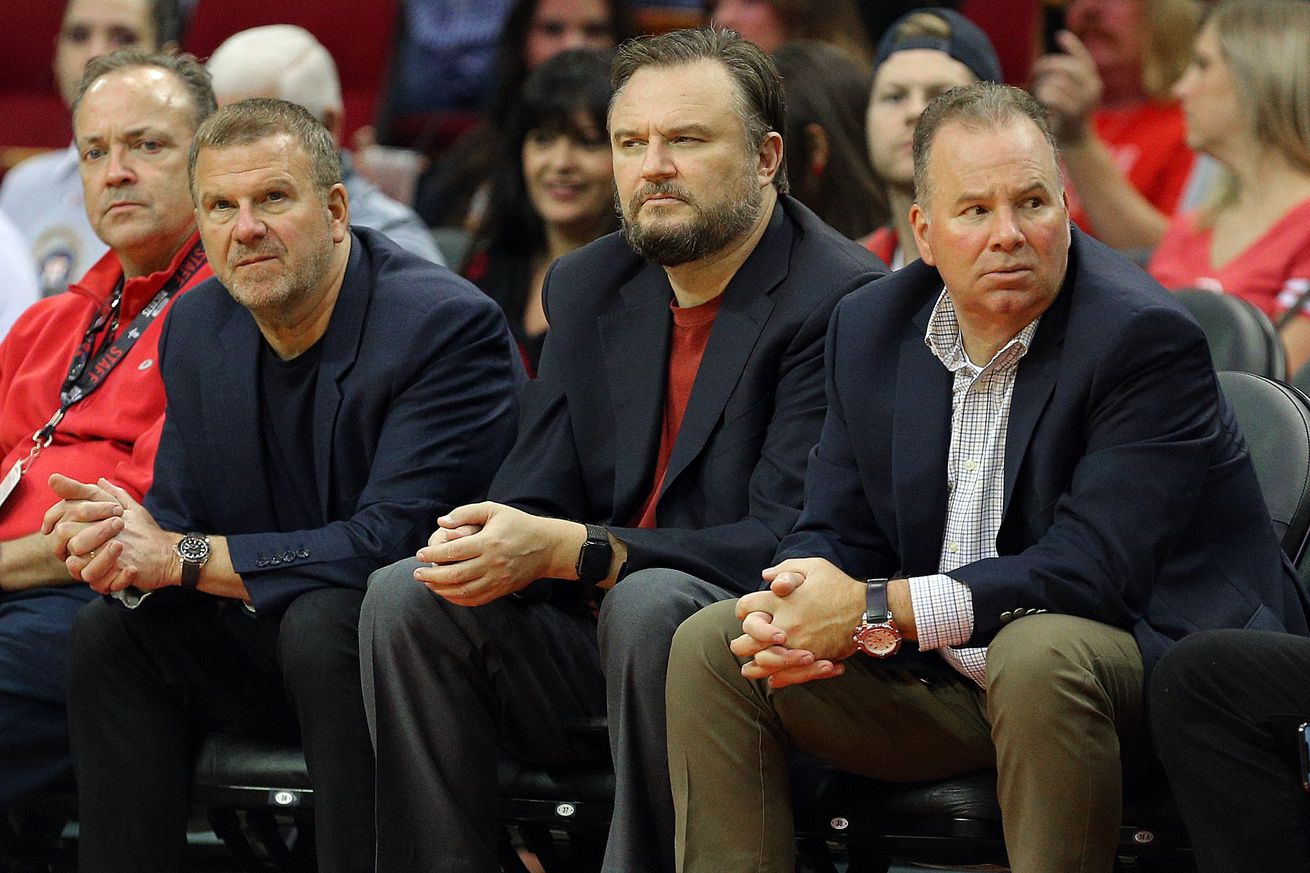 The new Sacramento GM may have had more than one option for a promotion.

The Sacramento Kings officially announced the hiring of Monte McNair on Sept. 17. Three days earlier, the seeds of a monumental shake-up were being planted in McNair’s former team.

Daryl Morey resigned from his position as the general manager of the Houston Rockets last week, but he told The Athletic that the move was in the works for weeks. As early as Sept. 14, the day after the Rockets had returned from the bubble, Morey told Houston chairman Tilman Fertitta that he was considering leaving. In fact, candidates for the Rockets head coaching search were being told that Morey would likely not be a part of the team for the upcoming season.

That timeline indicates that while McNair was interviewing for the Kings job (along with Wes Wilcox and Sachin Gupta), another opening was being created in his current location. It’s unclear if Morey shared his feelings with McNair about wanting to resign, or if Fertitta would have even promoted McNair into Morey’s position. All we know is that McNair chose to leave Houston to take on a new role in Sacramento.

It does beg the question, however, if McNair willingly sacrificed an opportunity to be the head of basketball operations with the Rockets to move to the Kings. The Houston job wasn’t set in stone, whereas the Sacramento job was literally being offered to him, so it’s not an apples-to-apples comparison. It still speaks well of the Kings organization that McNair decided to take this job instead of waiting out a potential promotion with the Rockets. These two franchises haven’t exactly been on equal footing in recent years, and working in Houston would probably be seen as a more desirable outcome in the past few seasons.

But times have changed. The Rockets have an owner who doesn’t appear to be as willing to spend as Vivek Ranadivé. Furthermore, though the Houston roster is more talented that the Sacramento squad at the moment, the Rockets’ dearth of future assets might make that a less attractive situation for a front-office lead. In three years, De’Aaron Fox will probably be the best player on either of these two teams.

Maybe McNair didn’t see the writing on the wall with Morey, or Houston was committed to Rafael Stone and never had any inclination to give McNair the top job. Maybe McNair simply wanted to come back to California, where he grew up. The fact remains that the Kings have McNair, and the Rockets don’t, and they probably miss him more now that they’re also without his old boss.