Whether it’s a franchise player like James Harden, a role player, or a parent like Marvin Bagley’s dad, trade requests happen.

The reasoning for a trade request can vary from a lack of playing time, unhappiness with management over contract negotiations, the team’s direction, etc.

Once it gets to a boiling point where a player wants out, tensions between the player and his agent with the team’s management and ownership can rise exponentially during in-person meetings and calls over the phone.

“Sometimes, you have to get to the point that you play hardball with the team, and it does get vicious,” one longtime agent told HoopsHype. “It’s a divorce. It’s never a pleasant situation when you’re dealing with high-level players, especially when there’s emotion involved. You have to get vicious at some point. What I’d always try to do was force the player’s temperament and disposition to change to show the team that this is not going to work.”

HoopsHype spoke with an additional three agents and two executives who’ve dealt with trade demands involving players and explained how the request is submitted, why sometimes it leaks to the media, and the fallout. 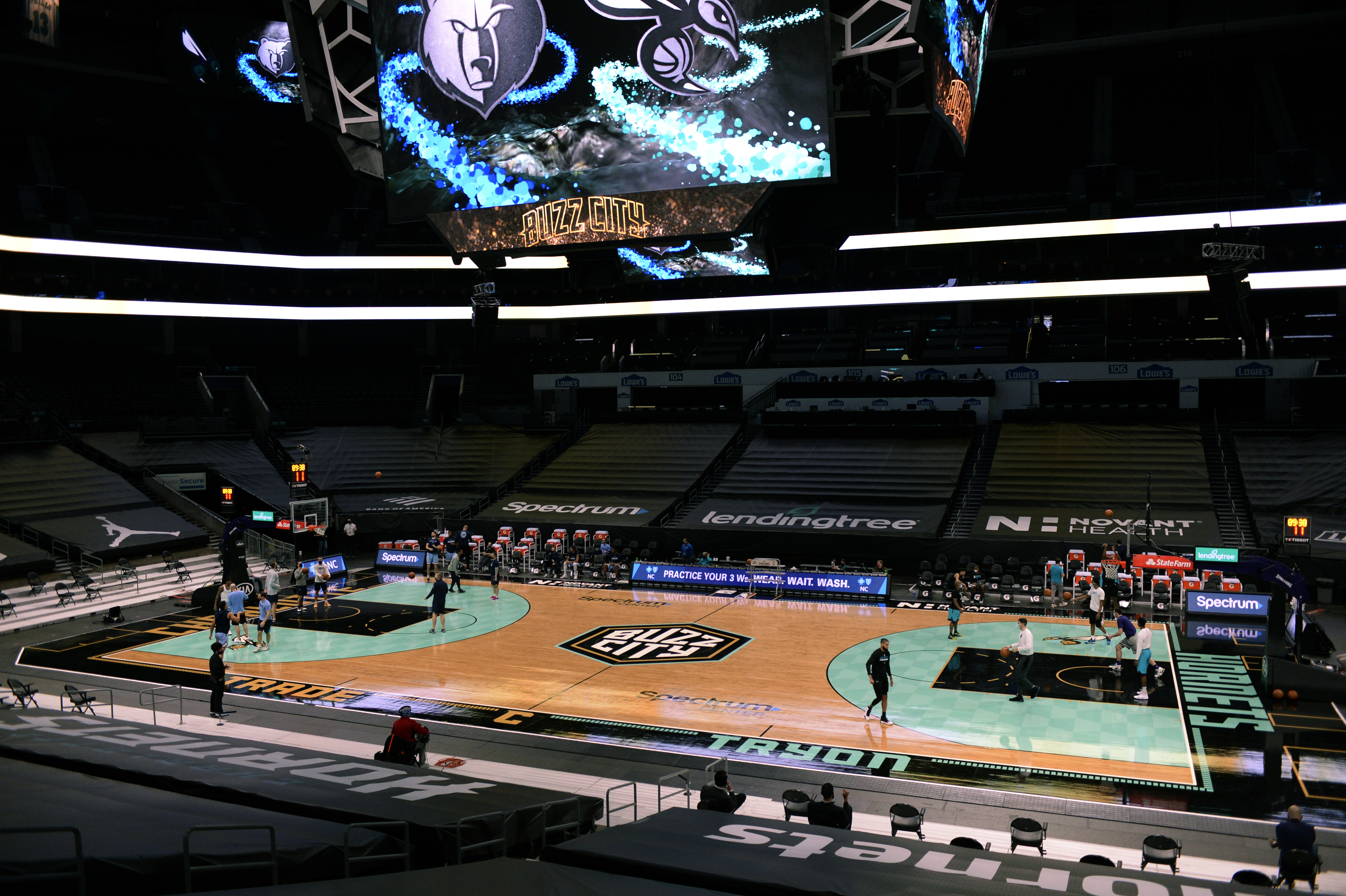 Generally, a player’s trade request begins by an agent calling a general manager and speaking over the phone or a face-to-face meeting between the two parties.

“I’m pretty straight forward,” another agent said. “That’s how I operate. If a client wants to be traded, I’m going to tell the team he wants to get traded. I’m not going to dance around the subject and be pretty straight forward about it and let it be known that’s what we’re looking to do, and in these scenarios, we’ll work with you in terms of what would make sense for you guys as well.”

If talks on a trade request don’t progress, usually the player is brought into the fold, or a meeting is requested with the owner to spur action.

“It depends on the level of the player, but I’ve had players go straight to the owner and request it (a trade),” an agent who represents several All-Stars told HoopsHype. “A lot of times, they (owners) think the agent might be bullsh*tting, so when the player says it himself to the general manager or the owner, they know it’s the real deal.”

Once a player gets involved in discussions with management and ownership, he can provide his agent with intel behind the scenes to present a unified stance on a trade.

“On the high end, I always involved the player because they have to play their role too,” the longtime agent told HoopsHype. “It has to be sort of playing off of each other. I handle the heavy work. You handle the light work. The communication between the coaching staff and the front office with you, how are we handling that? If they are communicating, what are they communicating? Keep me in the loop so they can’t split you up and make it seem like it’s an agent-driven activity.” 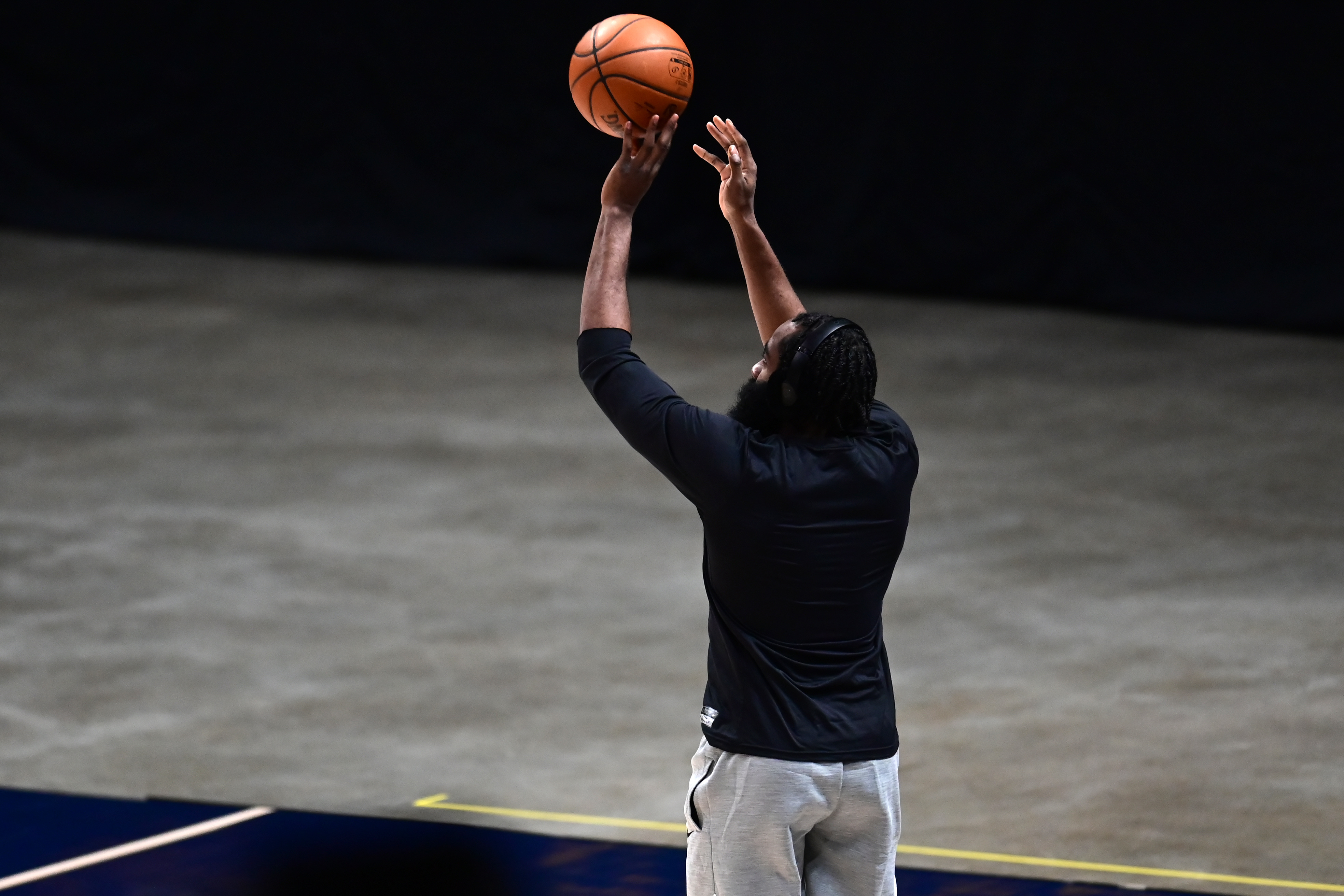 When a player is not as responsive or engaging with management, it forces the organization to wonder what the player is thinking, what the problem is, and if the situation can be resolved.

“Once they get a little bit unnerved, and the axiom tilts toward their insecurity, then you have them,” the longtime agent said.

After a trade request is made, the ball is usually in the team’s court. If the player is in the final year of his contract, the leverage swings to the player. Unless a team is willing to give up assets for a short-term playoff rental, most teams won’t give up assets to acquire a player without some background intel that they can re-sign the player.

The next step is to keep it under wraps for the benefit of both sides to get the deal they want, according to one executive who dealt with the trade request of a Hall of Fame player.

“They (agents) don’t want to put it out in the media first because then it just upsets the team because the team is going to be negotiating from a position of weakness when it’s already out there that the player wants to be traded,” the executive told HoopsHype.

However, as trade discussions move forward between the player’s team and potential trade destinations, there are instances when information is selectively leaked by either the agent or management.

“Depending on the team’s reaction, if it’s not what they want, then they go to the media and put it out there,” another executive told HoopsHype. “A lot of times, if you have a good relationship with the agent, you can say, ‘Alright, let us work on some things. Give us a list of teams you want to go to or what you’re looking for, so we can start to put some stuff together as a group and approach it.’ Sometimes, agents are impatient and want to put it out there.”

Some agents take the executive’s role into their own hands and evaluate what the market could be for their client. The agents evaluate potential teams that have a better opportunity for playing time for their client and crunch their cap space numbers for future contract negotiations.

“You also run the risk that they may trade you to somewhere you don’t want to be traded,” the longtime agent told HoopsHype. “Then, you have to go backdoor and block the teams that you don’t want him to be traded to, so you can narrow the scope. There’s a lot that goes into these things.”

This is when the cat and mouse game between an agent and the executive trying to move the player can come to a breaking point.

“A lot of times what a team will do is they’ll keep it tight and won’t communicate with the agent until it’s too far gone, so the agent can’t muck up the deal if they’re powerful enough to play that role,” the longtime agent told HoopsHype. “Sometimes, the team they’re dealing with will backdoor them and go directly to the agent to get an idea of what’s going on too. If the trade does go down, they don’t want to be caught off guard, then an agent turns around and says, ‘What the f*ck is he doing here? I didn’t want him here in the first place.’”

When it gets out there that a player has requested a trade, it’s harder to get the deal you want as a team

If an agent oversteps and attempts to block a trade that the organization feels is in its best interest, there can be repercussions for the player.

“You’ve also got to be careful because if they’re not going to trade him, you don’t want the player out there where it hits the media that he wants out,” one agent said. “Then, the fans are against him, and there’s just negative energy because they know you don’t want to be there.”

According to another agent who represented a former first-round pick who asked for a trade, the general manager didn’t want to move his client and sent the player to the G League Showcase as punishment for asking to be traded.

Executives will also leak to the media to counter an agent’s attempt to block a deal behind the scenes or gain leverage from other potential suitors in trade talks.

“When it gets out there that a player has requested a trade, it’s harder to get the deal you want as a team,” one executive told HoopsHype. “When an agent does that, then the team starts to put out and use the media to try and get the deal they want by saying other teams offered other things to drive the price up and create a bidding war.” 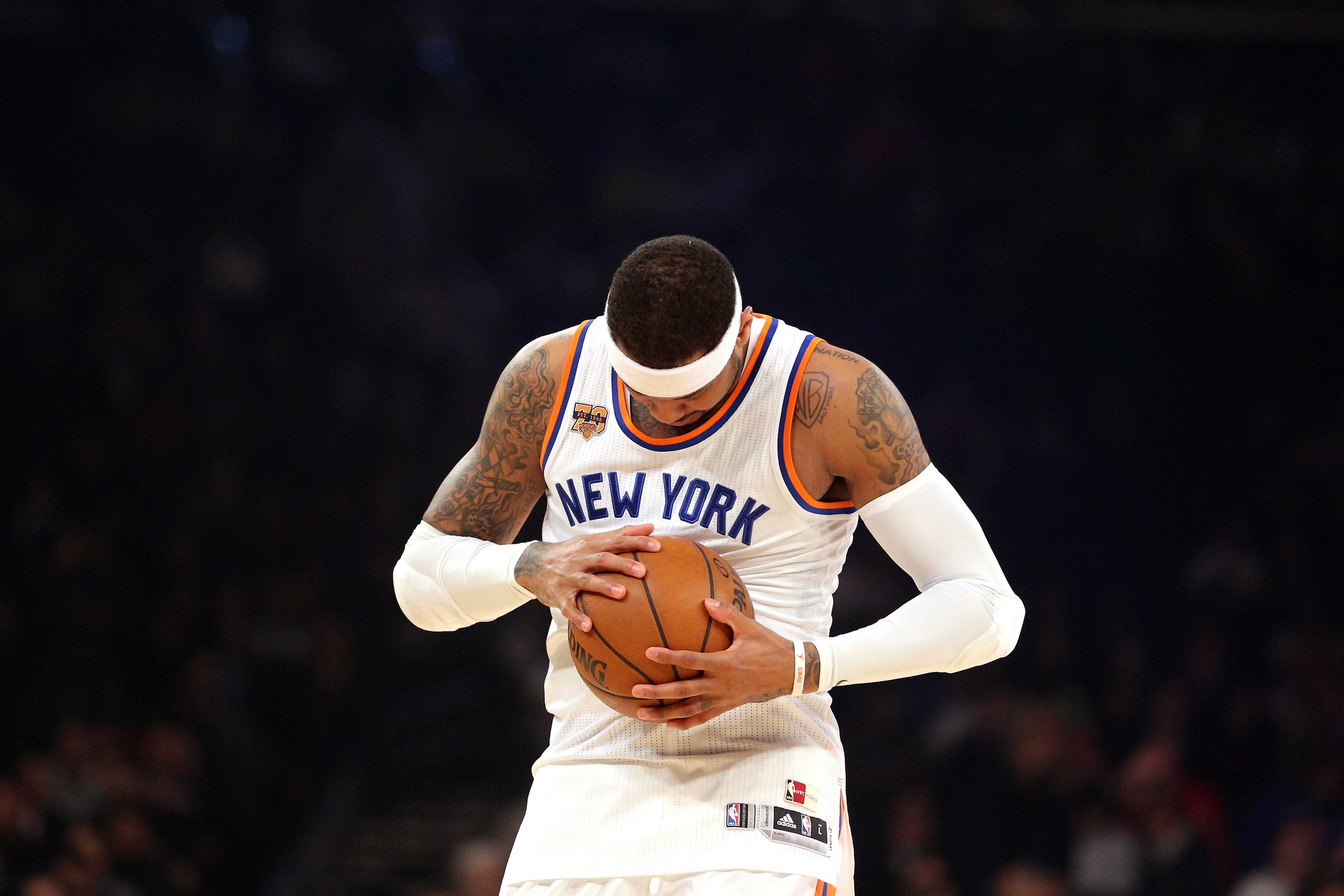 One example was when Carmelo Anthony requested a trade and made it known he wanted to go to the New York Knicks. The Denver Nuggets were fortunate to create a bidding war between the Knicks and Brooklyn Nets. As the offers progressed, they were leaked to the media to build up the best offer. The final straw was New York adding Timofey Mozgov to push the trade through.

Not all trades are facilitated by leaking intel through the media. There are instances when an agent and an executive work together cohesively to get a fair deal for both sides.

“I think you approach it as we want a win-win and make sure it works for both of us so that they get a nice draft pick,” the agent who represents several All-Stars told HoopsHype. “A lot of times, they’ll tell you what they want, and they’ll trade him. Then, you’ve got to go out there if they want two second-round picks or a late first-round pick. Then, you have to go out there and tell them this is what it’s going to take.”

One scenario considered a win-win from all parties involved was the Paul George trade from the Oklahoma City Thunder to the Los Angeles Clippers. George, a California native, was able to return home. The Thunder used valuable intel that Kawhi Leonard wanted to play with George as leverage to acquire a bounty of future first-round picks, Shai Gilgeous-Alexander, and more. If the Clippers didn’t land George, Leonard was strongly considering signing with the Lakers.

However, not all sides are usually in sync to get a deal done. One agent recalled a scenario where his star player was getting traded, and three teams were vying for the player in a trade. When one of the teams didn’t land the player, it prompted the general manager to sound off on the agent, who he believed blocked the potential acquisition.

“I remember one executive said, ‘You motherf*cker. You f*cked me over. I’m going to get you.’” the agent said. “I was really caught off guard. I just listened. I let him cuss me out. When he was done, he hung up on me. Then, I didn’t call him after that. About a week later, he called me and apologized for his reaction.”

Some relationships between executives and agents are strained for a prolonged period and affect future free-agent negotiations and other business. Other “divorce” agreements and trade requests are handled amicably, and the sides hold no grudges down the line.