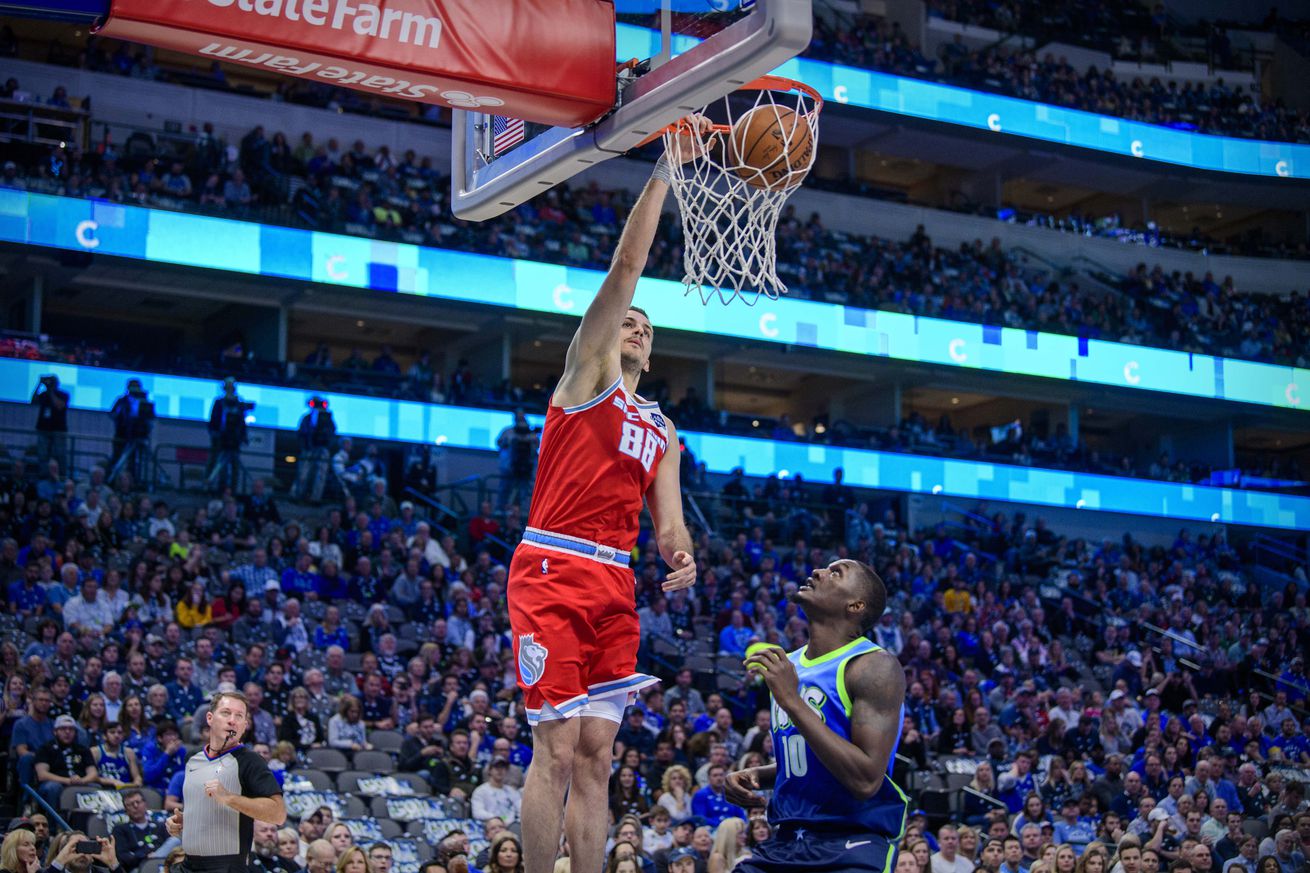 The Sacramento Kings defeated the Dallas Mavericks 110-106 Sunday evening, proving once and for all that the Kings need no European players other than Bogdan Bogdanovic and Nemanja Bjelica. I have spoken.

Bjelica had a huge game for the Kings, finishing with 30 points (three more points than any other European players in this game), 7 rebounds, 4 assists, 1 steal and 1 block. His 30 included the game-sealing bucket at the end of the game, as Dallas’ blown defense allowed him a wide open streak to the basket.

Buddy Hield also had a big game, finishing with 26 points, going 5-6 from beyond the arc. Harrison Barnes and Richaun Holmes had their expected solid games. Holmes had a huge rebound to secure the victory.

The Kings has control of the game from the jump, hitting threes and establishing an early lead. The Kings allowed the Mavs to come back in the second half, and it seemed like they could blow another winnable game, but the team did just enough to secure the win.

The Mavericks were led in scoring by Tim Hardaway Jr., who finished with 29 points.