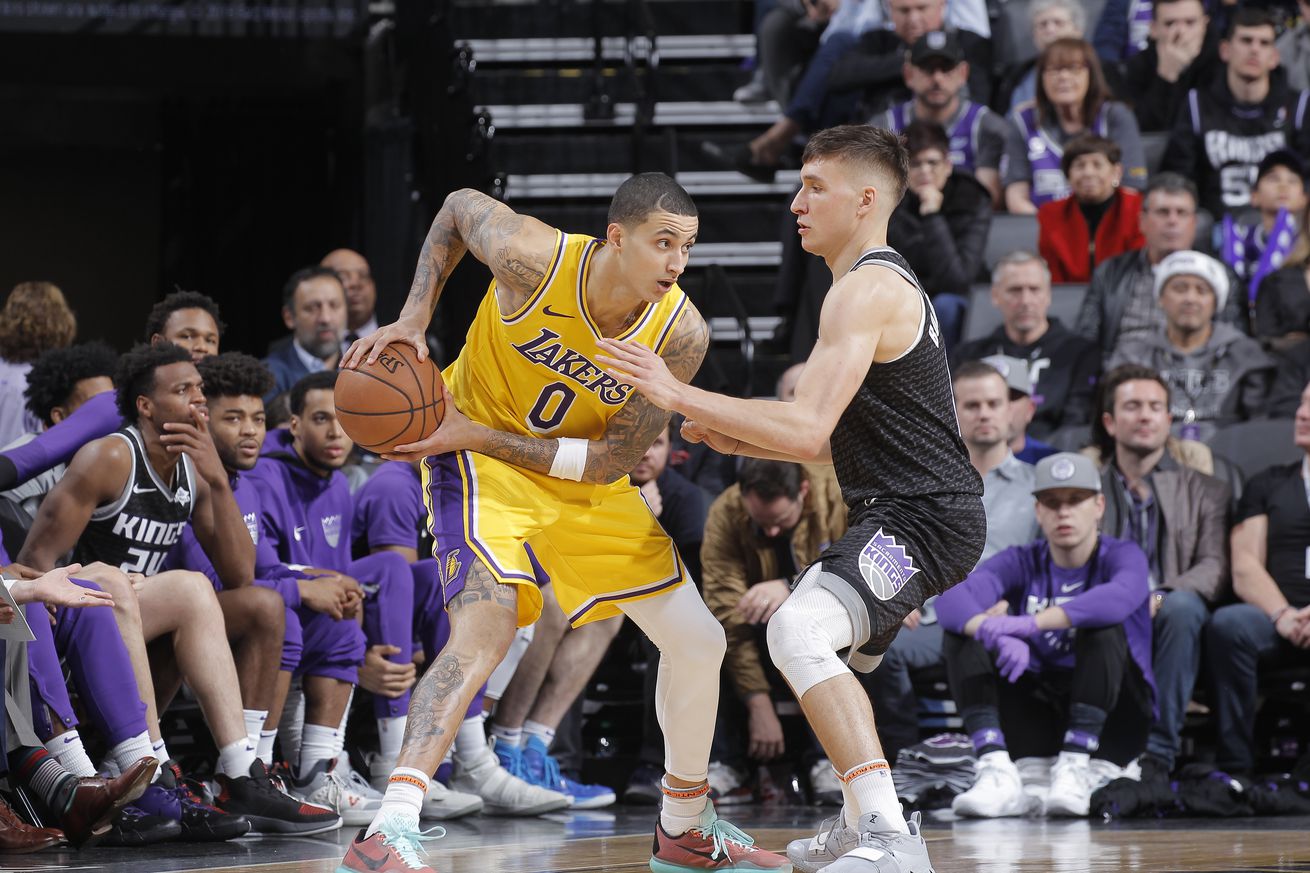 The Lakers reportedly would want Bogi

The Sacramento Kings have reportedly engaged in trade talks with the Los Angeles Lakers regarding forward Kyle Kuzma. The report comes from Marc Stein, who says the Lakers would want Bogdan Bogdanovic.

Sacramento is among the teams that has tried to engage the Lakers in Kyle Kuzma trade talks, league sources say. The Kings know they would have to include sharpshooter (and soon-to-be restricted free agent) Bogdan Bogdanovic, for starters, in a Kuzma deal

While the wording of Stein’s report is pretty specific and doesn’t suggest the Kings are interesting in trading away Bogi, this is still the type of report that can stress out Kings fans. Trading Bogi would be an unpopular move. Trading Bogi for Kuzma would cause riots.

Kuzma is a 24 year old power forward who is averaging 11.8 points, 3.5 rebounds, 0.8 assists, 0.4 steals, and 0.4 blocks per game. He has struggled to adapt to a smaller role now that the Lakers have good players to take the shots and minutes Kuzma previously took.

Let’s hope this is the standard play of other teams using the Kings as public leverage, and not Vlade’s latest folly. Please, please don’t let this be a thing the Kings are actually considering.

Update: It appears we can relax, for now.

To clarify: Conceptually, Kuz and filler salary is of no interest to the Kings. Salaries obviously don’t match up ($8.5 mill for Bogey to $1.9 mil for Kuz) https://t.co/IRhOwh2qoQ