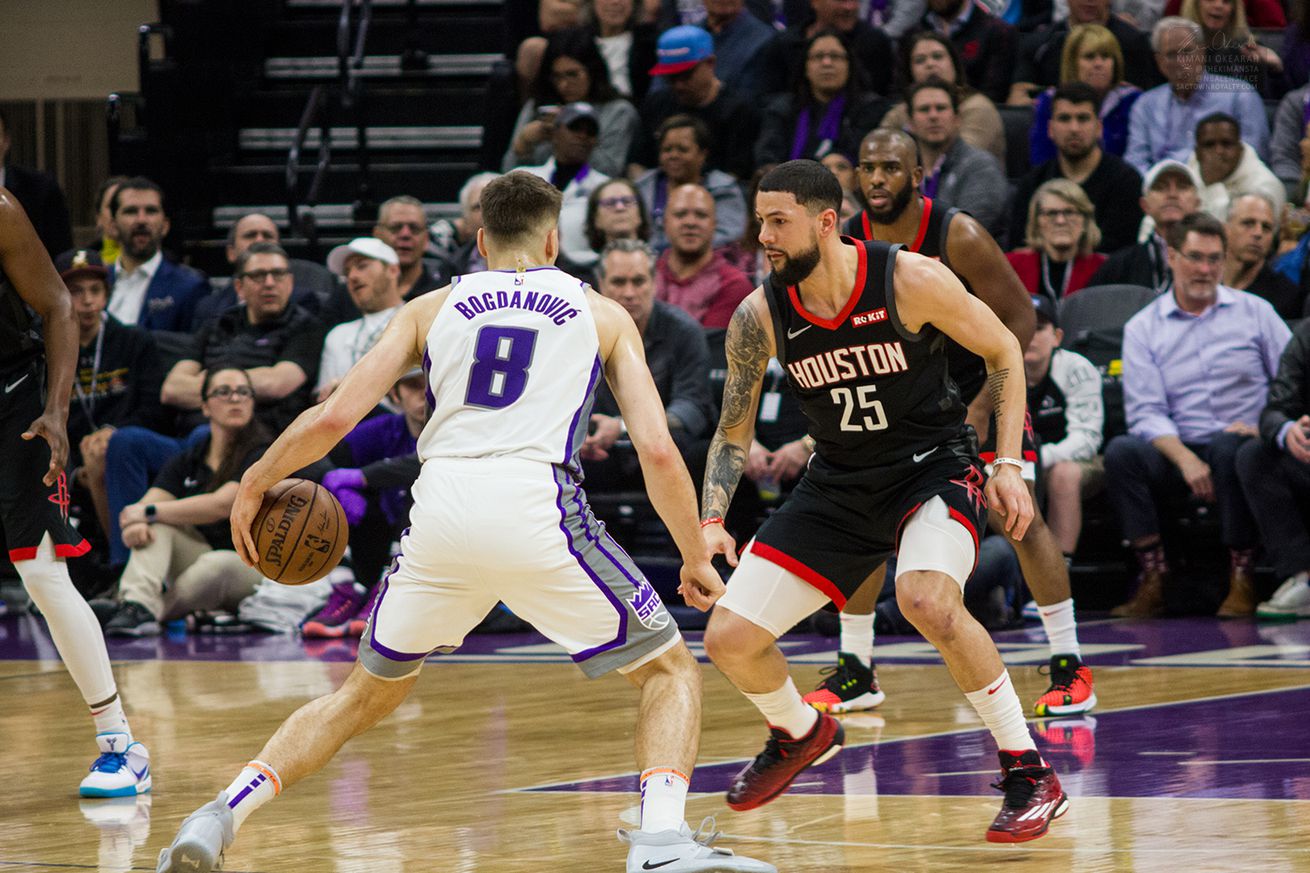 Did you know that Houston was founded by Augustus Chapman Allen and John Kirby Allen on August 30, 1836? Or that Houston is 665 square miles and is the fourth-most populous city in the nation? How about the fact that 31% of the city’s population over the age of 25 holds a bachelor’s degree or higher? I also wanted to share that approximately 22.1% of the residents are ages 5 to 19. GQ Magazine also deemed Houston the “New Capital of Southern Cool” back in 2018. Feeling bored yet? My apologies. I’m just trying to get you in the right mindset to watch James Harden’s brand of excruciating basketball tonight.

Russell Westbrook, he of the past triple-double averages, is the key to an unexpected Kings win tonight. His counting numbers have remained impressive this season, 21.9 points, 8.4 rebounds, and 7.5 assists, but his impact and productivity are at all-time lows. Of any player attempting at least 16 field goals per game, Westbrook’s 40.6% completion percentage is easily the lowest. In a similar feat of inefficiency, Russell’s 21.9% accuracy from deep is the lowest among any NBA player who averages at least five three-point attempts on a nightly basis. Even his once vaunted transition game has forsaken him, as Westbrook is putting up just 0.93 points per possession in fast break situations, ranking in the 24th percentile, while he’s also turning the ball over 17.4% of the time in that scenario, the fifth-worst mark in the league. Essentially, anytime that Westbrook shoots the ball, Sacramento’s defense should consider it a victory.

Of course, Houston’s other starting guard is a slightly more difficult cover. James Harden is leading the league in scoring at 38.5 points per game, and if he keeps that pace, he will record the third-highest average in NBA history, with the top-two spots being held by NBA Legend Wilt Chamberlain. The Kings must be as disciplined as possible when defending Harden, as his bounty of points generate from one of two areas on the floor: three-point shooting and free throw making. Cory Joseph, Harrison Barnes, Trevor Ariza, and whoever else gets the unfortunate assignment must keep their hands up and to the side at all times, as Harden draws a league-leading nine fouls per game, resulting in a league-leading (and second all-time) 14.6 free throw attempts . There are going to be questionable, frustrating calls from the refs all night long, but Sacramento’s defenders must stay focused and play within Luke Walton’s defensive system to limit Harden’s impact.

The Kings won’t be able to match the raw scoring combination of Westbrook and Harden tonight, but they can deploy a much more balanced attack to Houston’s two-man game. One of Buddy Hield, Harrison Barnes, and Nemanja Bjelica will be defended by Harden for the majority of the game, with Barnes the most likely candidate, and whoever is granted that cross matchup needs to take full advantage of Harden’s disinterest on the defensive side of the ball. Similarly, Bjelica will probably be guarded by P.J. Tucker, a bulldog of a defender in his own right, but the 6’5” wing is giving up five inches to Nemanja, who should be able to launch threes right over Tucker’s head whenever he desires. One area of recent production for Sacramento that may be limited tonight is Richaun Holmes, as he’ll be faced with Clint Capela, one of the more productive rim protectors in the league. The pick-and-roll game may not enjoy the same number of open lobs that it usually does.

Ben McLemore wears the wrong uniform and scores 25 points for the Kings, Harrison Barnes puts in another 20, and Trevor Ariza dominates his former team on defense. After the game, James Harden accuses the refs of a league-wide conspiracy because he only took 12 free throws.