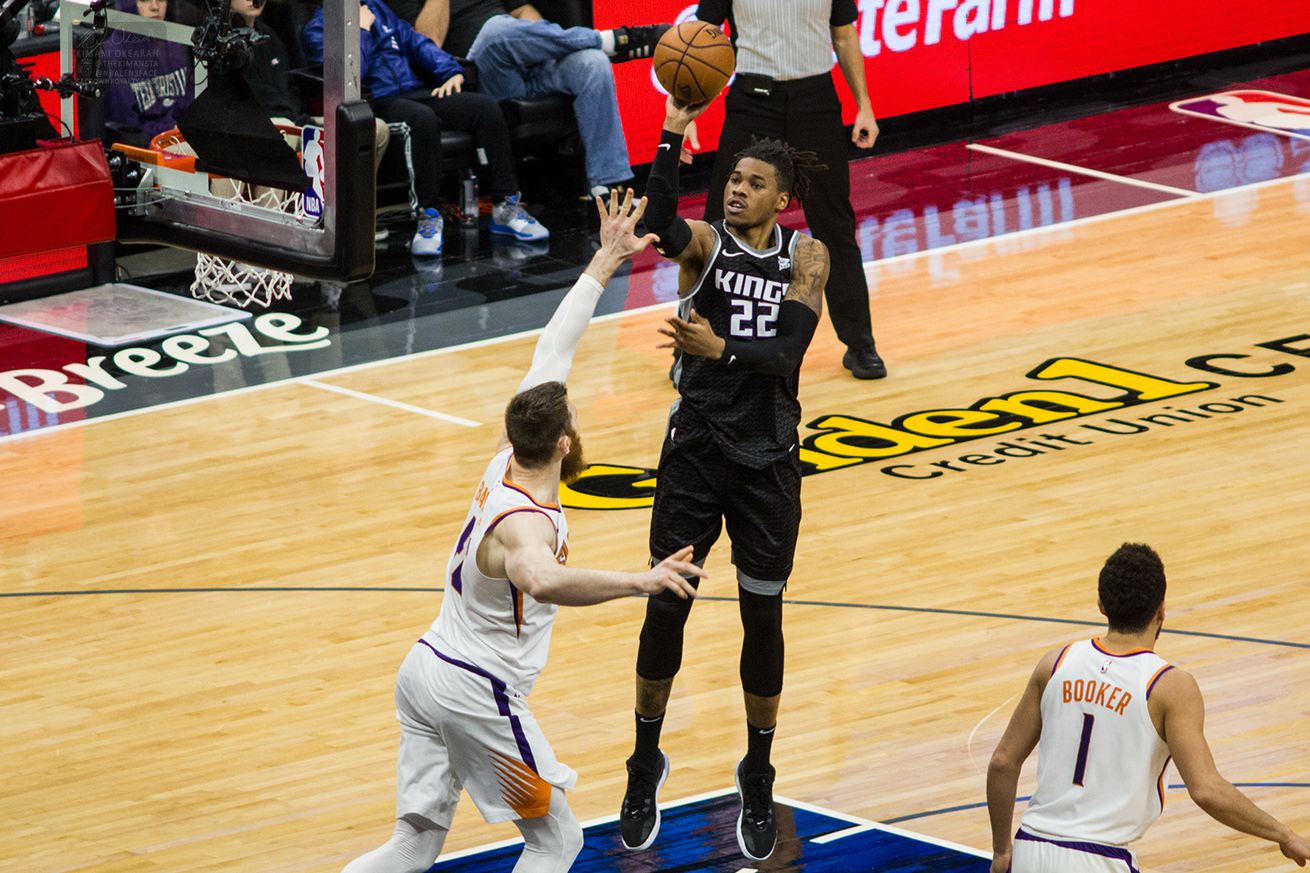 The Kings and Suns meet for the 4th time this season, because even the schedule-makers wanted to get these matchups over with.

The Sacramento Kings and the Phoenix Suns will meet tonight for the 4th time this season in the Valley of the Sinking Playoff Hopes, because even the schedule-makers and basketball gods wanted to get these match-ups over with.

The audacity of hope: The Kings four contests with Phoenix may have been compressed into the first 77 days of the basketball calendar, but the story of the Suns’ season has flipped completely over time. In Game 1 of the year, the Suns demolished the Kings 124-95 in Phoenix, which served to elevate the Suns and their rebuild to new heights while reminding an overoptimistic Kings fandom that, no, you should never trust the Kings. By Game 2—a 120-116 Kings win in Sacramento in mid-November—the Suns were still 7-6, still in the playoff hunt, and still giving fans hope that Monty Williams’ club could keep rising. By Game 3, hope had set for both teams—the 112-110 Suns victory in Sacramento was the Kings 6th straight loss and snapped a 8-game losing streak by the Suns.

Now, as the teams meet in Phoenix for the last time this season, both teams sit near the bottom of the West; the Kings (14-23) and Suns (14-22) are only ahead of the Pelicans (12-25, but ascending and preparing for the return of basketball Thanos) and the Warriors (9-29 in their mid-Dynasty rebuild year; remember that the Warriors resurgence is inevitable). At least Sacramento fans got to enjoy a full season of hope in 2018-19; the poor Phoenix fanbase only got two months to pretend their star was rising.

All Hail Richaun, King of Kings: Richaun Holmes, the only eternal bright spot in this otherwise bleak Sacramento season, injured his right shoulder midway through the 3rd quarter of the Kings blowout win against the Warriors. He told reporters after the game that he hopes to play in Phoenix against his old team, but the Kings can hardly afford to push their luck if Holmes’ isn’t ready for action; a longer-term injury to Holmes would, as our Phoenix-bound ungulate friend Tim Maxwell said, basically end Sacramento’s season.

Still, this is a hell of a game for Holmes to miss; the Suns have, much to Deandre Ayton’s delight, decided to move Ayton to power forward (the position he’s preferred to play since college) and start him alongside Aron Baynes. It’s a fascinating basketball move in a vacuum… Monty Williams wants to get his best players on the court together, but a lineup of Ayton, Baynes, and Ricky Rubio conceptually doesn’t leave any much spacing for Devin Booker or Kelly Oubre Jr. But it may really work against the Kings tonight if Holmes is a no-go; what possible center rotation can Luke Walton go with without Richaun? Do the Kings do the complete opposite of the Suns and start Nemanja Bjelica / Harrison Barnes / Trevor Ariza? Is Harry Giles going to start? A multitude of injuries has rocked the Kings poor season, but this might be the most interesting—and depressing—lineup decision to date.

Harry Giles starts, channels the rage from his buddy Marvin Bagley at not being drafted by his hometown team, and slaps a 30 and 15 on the Suns while yelling “THIS IS WHAT A CENTER LOOKS LIKE” at Ayton.