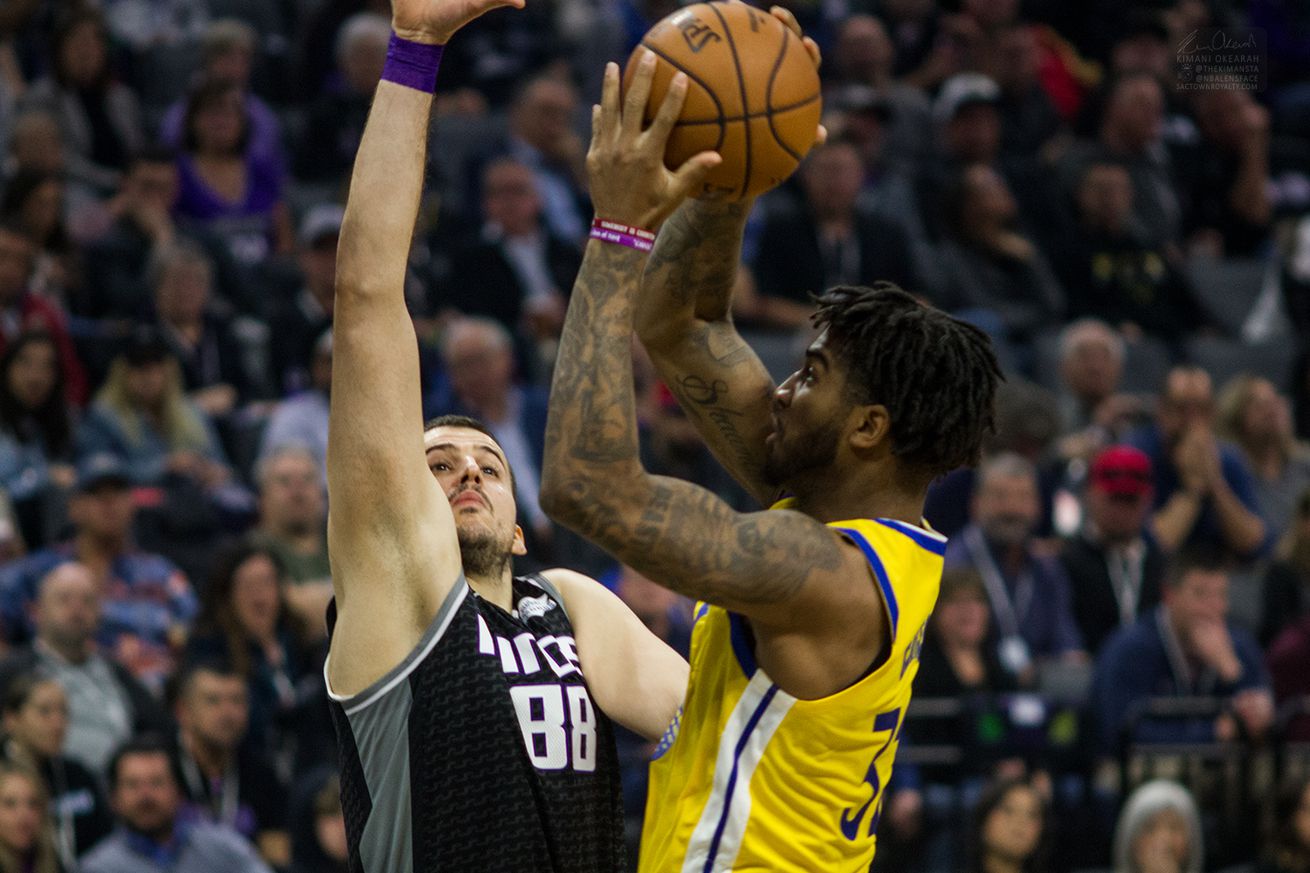 He’s not going to be any less effective than Caleb Swanigan.

After their wire-to-wire blowout loss to the Sacramento Kings on Monday evening, the Golden State Warriors announced that they were waiving Marquese Chriss. That decision came as a bit of a surprise, as Chriss had performed admirably as a backup big man for the injury-riddled Warriors, but Golden State needed to clear a roster spot to convert Damion Lee to a full-time player, and Marquese possessed the only non-guaranteed deal on the books. His contract termination was a casualty of a hard-capped team trying to capitalize on the success of a two-way player, and that sort of circumstance is exactly the kind of opportunity the Kings should be open to pouncing on.

Chriss hasn’t exactly blown the doors off since entering the league four years ago, drifting from one organization to another, but Steve Kerr managed to find some success for the journeyman by converting him from a traditional power forward into a small-ball center, a level of flexibility that Luke Walton could certainly use as well. According to basketball-reference, the Sacramento spent 95% of his minutes at the five-spot with the Warriors, despite spending less than 30% of his career as a center. That transition has led to Marquese stepping up as a surprisingly competent rim protector. Of the 79 players who have defended at least 125 field goals in the paint this season, Chriss’s defensive field goal percentage (the percentage an opponent’s field goal percentage increases or decreases when defended by a player) of -10.1% ranks 15th. For comparison’s sake, Richaun Holmes sits at -5.8%, Marvin Bagley III trails slightly at 4.3%, Dewayne Dedmon sits at -4.3%, and Nemanja Bjelica ranks as one of the worst rim protectors in the league at +10%.

Those numbers should probably be taken cautiously, as not even half of the season has passed by, but Chriss has actually shown some history as a rim protector in the past. He wasn’t as nearly as effective last year, recording a DFG% differential of +5%, but the 2018-2019 season is actually a much smaller sample size, as the 22-year old has already defended 57 more shots at the rim than last year. In his final campaign with the Suns, the last time Chriss was a regular part of a rotation for an entire season, Marquese also flashed some prowess as a defensive anchor, posting a differential of -4.5%

Shot-blocking metrics typically align with defensive field goal percentage differential, and Chriss is no exception. His blocked shot percentage of 2.6% ranks in the 76th percentile, aligns with his career average of 2.2%, and is slightly better than Sacramento’s best big man, Richaun Holmes, who sits at 2.5%. Marquese has also shown a penchant for getting his hands in the passing lane throughout this short career. He’s always ranked in the 70th percentile or higher in steal percentage, currently placing in the 74th percentile, but he also commits quite a few fouls when trying to break up defensive plays, committing a foul on 3.6% of his possessions this year, or four fouls per-36 minutes (and 5.1 for his career). Chriss probably won’t remain among the elite shot-blockers for the entirety of the season, but he’s shown enough of a proclivity toward success on the defensive end of the floor to attract a team like the Kings.

Unfortunately, the offensive side of the floor hasn’t been quite as kind to the big man. Marquese has never ranked higher than the 30th percentile in overall eFG% or in completion percentage at the rim, and while he was once projected as a stretch-four, he’s made just 29% of his career three-point attempts. His mid-range jumper has actually been better than average with the Warriors, but he’s never going to offer a ton of value as a pure scorer.

Those poor shooting numbers are very real and somewhat concerning, but they also don’t completely portray Chriss’s offensive contributions, especially for a team that may want to get out and run, if Luke Walton will ever allow it. Marquese offers a combination of athleticism, foot speed, and vertical threat similar to that of Willie Cauley-Stein, and those tools can be used effectively in transition and in the pick-and-roll. Chriss ranks in the 74th percentile in the open floor, scoring, 1.22 points per possession, and employing another big man who can sprint down the floor and throw down highlight reel dunks certainly wouldn’t be a bad option for De’Aaron Fox, Buddy Hield, and Bogdan Bogdanovic. As far as the screening game is concerned, the journeyman forward averages the 15th-most screen assists per-36 minutes in the NBA, while his 1.12 points per possession as a roll man are relatively average.

It may seem odd that Chriss can record such positive numbers in those areas with such a poor completion percentage at the rim, but his ability to draw and make free throws more than makes up for his odd struggles around the basket. Marquese is currently forcing a shooting foul on 15.7% of his possessions, which would place him second on the Kings, trailing De’Aaron Fox’s 19.7% and putting him just ahead of Harrison Barnes’ 15.4%. And that frequency jumps even higher in the pick-and-roll (21.3%) and in fast break opportunities (18.8%), and could provide a partial solution for Sacramento’s 29th ranked free throw frequency.

A 22-year old who may develop into a plus-defender is probably worth a look to a rebuilding team that is somehow lacking young projects, but concerns regarding Chriss’s addition are legitimate. He flamed out in Phoenix, barely played in Houston, hung around in Cleveland for a bit, and was just cut by the 9-29 Golden State Warriors: not exactly a stellar resume for the 8th overall pick just three draft ago. That being said, the Kings also don’t need to take any unhealthy risks if they’re interested in the hometown native. Their first step toward his acquisition would be cutting Caleb Swanigan, who is undoubtedly less of a contributor than Chriss: not exactly a high-stakes gamble. After that process was completed, a 10-day contract could be utilized if the front office wanted the shortest possible commitment, or a non-guaranteed, rest-of-season deal could be offered as well.

If the Kings do pull the trigger on a Marquese Chriss signing, he’s unlikely to develop into a high-quality starting big man, much less the All-Star level player that the Suns hoped for during the disastrous 2016 draft, but his abilities as a rim protector and defensive disruptor, as well as his knack for drawing shooting fouls, could be worth a look for a team sporting an injured Marvin Bagley and Richaun Holmes, an unhappy Dewayne Dedmon, an inexperienced Harry Giles, and a terrible interior defender in Nemanja Bjelica. Marquese Chriss may or may not be good, but he represents exactly the type of no-risk, medium-reward the front office of a small-market, rebuilding team should be seeking.