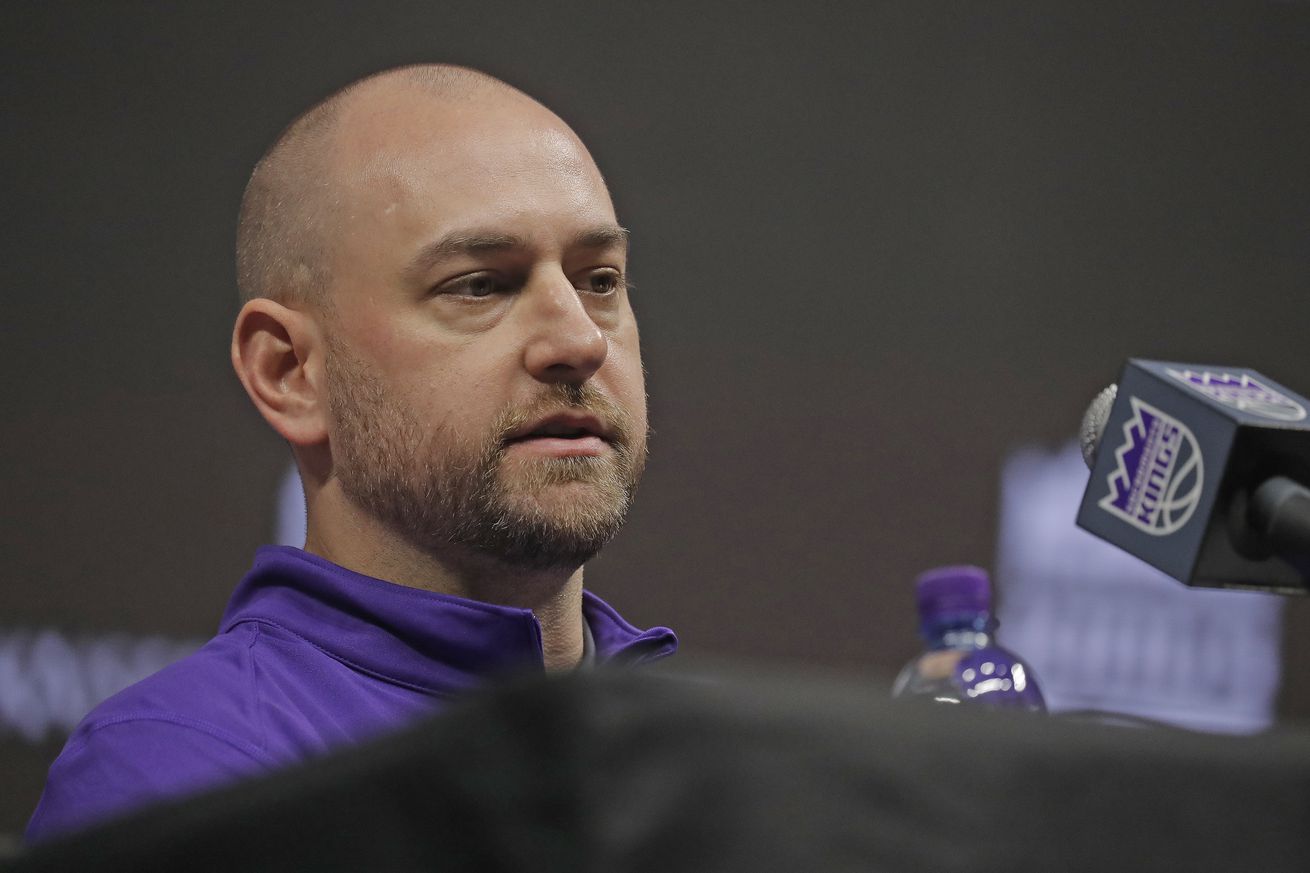 The Kings made a big splash with their first hire of the Monte McNair tenure, bringing in Alvin Gentry as the associate head coach for Luke Walton’s staff and reuniting the two coaches after their time spent together on the Golden State bench in 2014-15.

McNair is now filling out his front office, as Sacramento hired three new individuals for its basketball operations department, per a release from the team: Wes Wilcox, Phil Jabour, and Paul Johnson.

“I am excited to have Wes, Phil and Paul join the front office,” said McNair. “Wes’ background as an executive in the league combined with Phil’s veteran leadership through the scouting ranks and Paul’s proven experience in evaluating talent will be strong additions to the basketball operations group. Their diverse skill sets and unique perspectives will add valuable knowledge and innovative thinking as we focus on executing our vision of building a winning culture in Sacramento.”

Former Atlanta general manager Wilcox will be one of McNair’s assistant GMs after being one of the three finalists for McNair’s job. The Kings reported that Wilcox’s role will involve aiding McNair with “all facets of front office operations including roster construction, strategy and player evaluation.” It is worth noting that assistant GM Ken Catanella will remain in his present position, as will Chief Strategy Officer Joe Dumars.

The team hired Jabour as Vice President of Player Personnel, and he will primarily be in charge of scouting. Jabour got his start as a scout with Houston in 2006 as a Daryl Morey hire — thus the connection with McNair — and stayed there for five years before moving to Orlando and then eventually becoming the Director of Scouting for Philadelphia. His track record with the Sixers is mixed, but the Magic made some great draft picks during his tenure, including Victor Oladipo and Aaron Gordon.

Johnson is coming aboard as the Director of Basketball Operations and GM for the Stockton Kings, a role that was empty after GM Anthony McClish was laid off at the end of September. Johnson arrives from Oklahoma City, where he was the Assistant GM of the Blue, the Thunder’s G League franchise. The Blue have had numerous success stories over the past few seasons, including the development of Luguentz Dort, P.J. Dozier, and Deonte Burton. This is a particularly exciting addition for the Kings.

The Sacramento front office was a fairly lean operation during the Vlade Divac years, so it’s good to see McNair surrounding himself with what appears to be a capable staff as the Kings move forward into a new era.