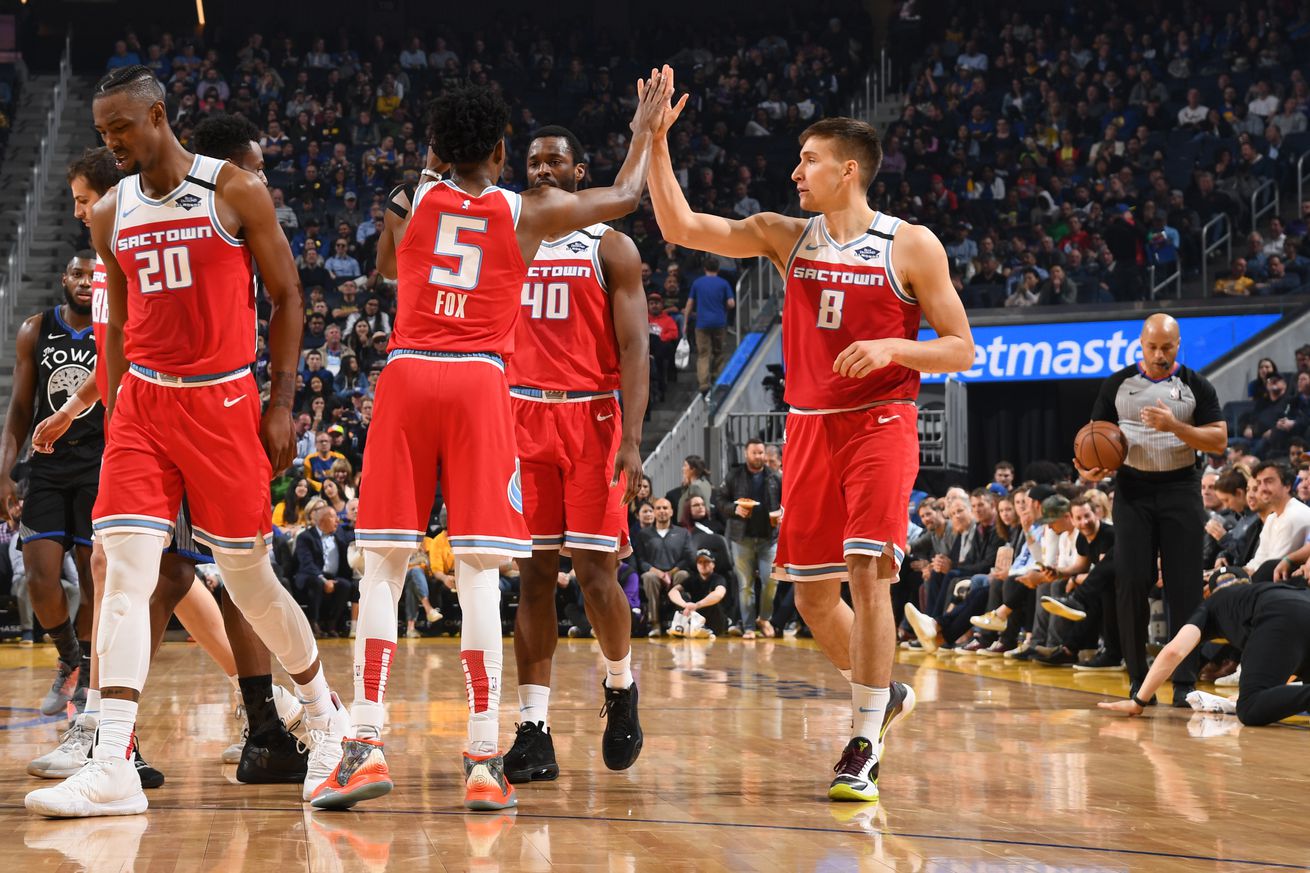 The Kings’ playoff chances may not be dead after all.

Since the NBA indefinitely suspended its season last month, there has been a fear among Sacramento Kings fans that the regular season will be canceled entirely, and that the season will resume with the first round of playoff games. In that case, the Kings would be robbed of their chances of making a playoff push, with just 3.5 games separating them and the No. 8 seed Memphis Grizzlies.

While it’s certainly possible that will still be the case, a report from Dan Woike of the Los Angeles on Thursday gave the Kings the glimmer of hope they needed. According to Woike, people around the NBA are anticipating that the season will resume with at least a few regular season games:

In conversations with officials from across the NBA, it’s clear that significant pockets of the league remain hopeful some semblance of a regular season can be completed before the league would begin its playoffs.

According to one official, internal models show that an 82-game schedule and a typical 16-team postseason could be completed by early September if the league were to take the court again June 1. While no one expects the league to be playing games in a month, the desire exists to play as many games as possible. According to one executive, a serious proposal hasn’t come across the desk for a return to action that doesn’t include some form of regular-season games.

While that’s obviously better news for the Kings than the cancelation of the regular season entirely, the number of regular season games the NBA decides to return with is important.

In order for the Kings to have a chance at finishing with a better record than the Grizzlies, they’d have to play a minimum of five games, and even then, they’d have to hope that every team loses the right amount of games and not finish with more than 33 wins. Suffice to say, the Kings will be hoping for more than five games.

There’s also the possibility that the NBA devises some sort of play-in tournament for the teams that are still in the hunt for the No. 8 seed, which includes the Kings, New Orleans Pelicans, Portland Trail Blazers, San Antonio Spurs and Phoenix Suns. As unlikely as it is, an argument can be made that would be the most fair way to go about it.

Whatever decision the NBA comes to, let’s hope that — first and foremost — it’s made with the safety of the players and team staff in mind, and that it will benefit the Kings.