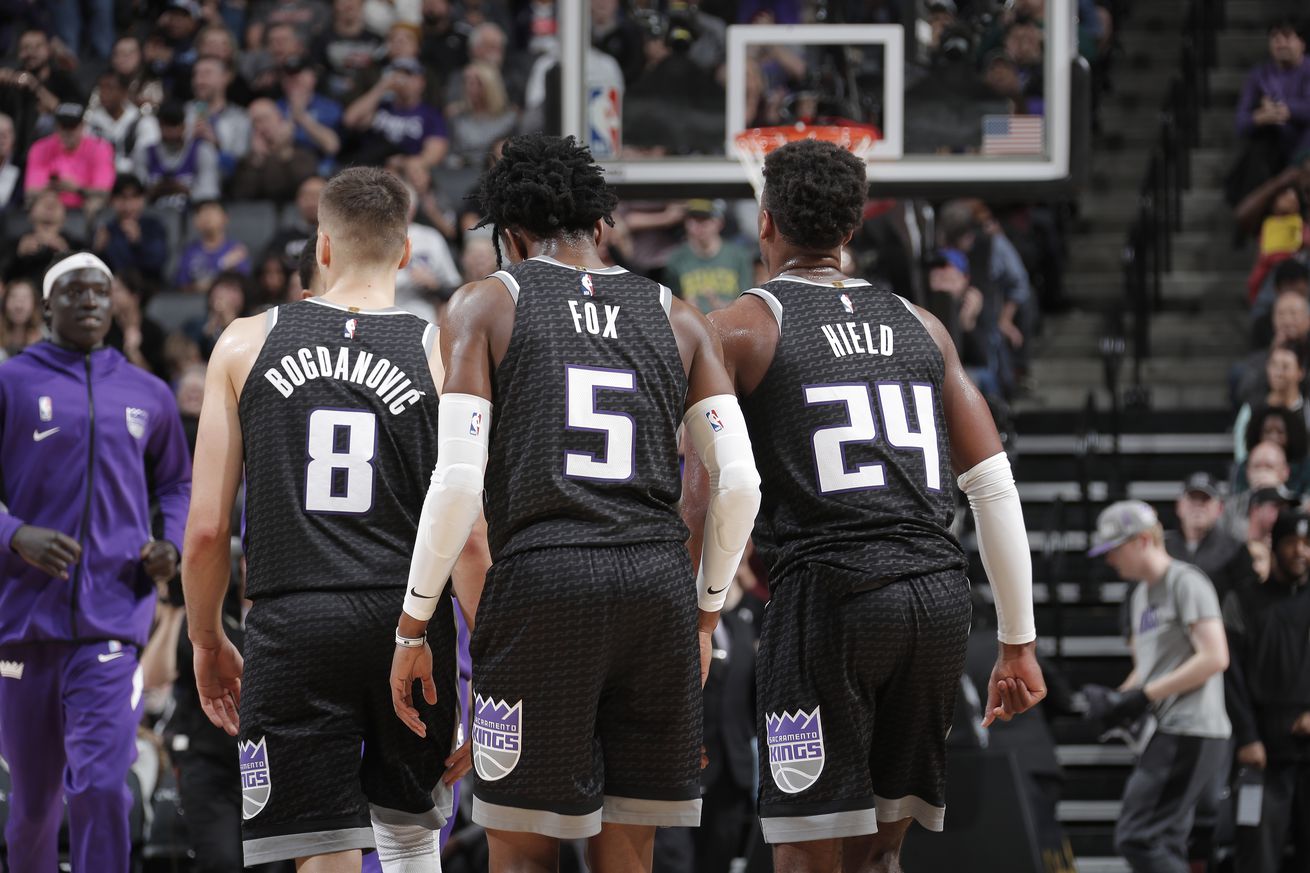 Seth Partnow released the first portion of his rankings and has two Sacramento players in Tier 5.

The Sacramento Kings roster may look a whole lot different over the next few years with new general manager Monte McNair at the helm. Sacramento has some talented pieces in place, and two of them made The Athletic’s list of the top 125 NBA players.

Seth Partnow is releasing his annual rankings by tier and has two Kings players in the fifth tier, which means he has them listed between Nos. 80 and 125. Partnow has Buddy Hield and restricted free agent Bogdan Bogdanovic in Tier 5.

Partnow takes a number of factors into consideration when putting together his rankings, including age, contract, analytics and insight from people in the NBA world. According to his system, Hield and Bogdanovic make the cut in the top 125.

Hield could be on the trading block after his relationship with head coach Luke Walton soured. The 27-year-old is one of the best 3-point shooters in the NBA. He hit 39.4% of his attempts from beyond-the-arc but Sacramento had a net rating of -3.1 with him on the floor, worse than the -0.9 with him on it.

Bogdanovic took over Hield’s role in the starting lineup during the season, which propelled the Kings to a 13-7 run before the league shutdown due to the pandemic. The restricted free agent will have some suitors when the offseason officially begins. His skill set fits well next to Fox, who is the focal point of the roster.

I expect Fox will be the lone Sacramento player to crack the top 80, while Partnow says Harrison Barnes just missed the cut for Tier 5.

Speaking of Fox, he is getting some love in Bleacher Report’s look at which NBA players under the age of 23 a team can build around. Zach Buckley compiled his list, and Fox is among some elite company.

Sacramento will pick 12th at the 2020 NBA Draft. The Athletic’s Jason Jones says the Kings should look at adding another point guard to help ease the load on Fox.

Former King Scot Pollard is one of the most entertaining players in franchise history. He shares some stories from the NBA bubble that didn’t make it out into the mainstream. (Fansided)