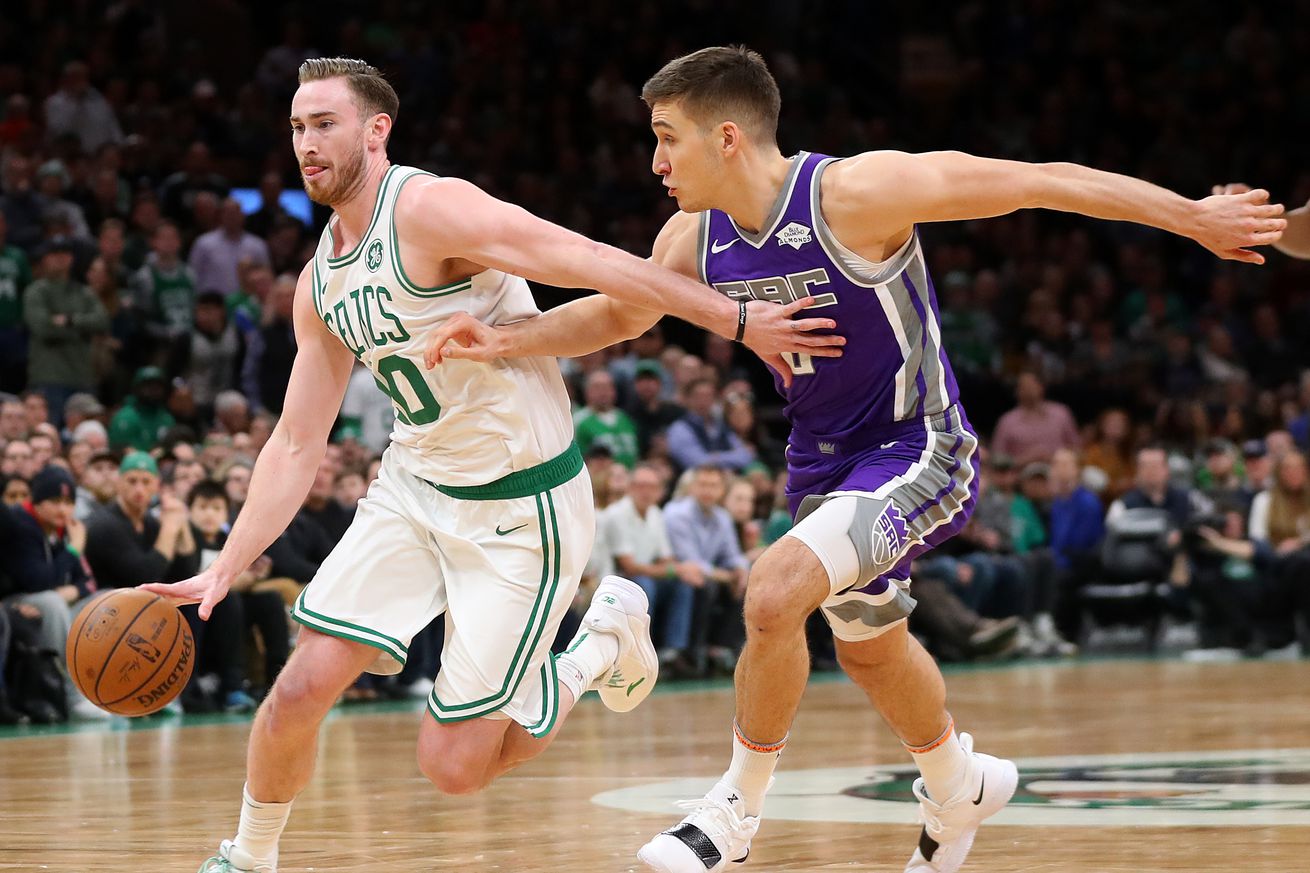 Plus more Sacramento news from around the web.

The 2020 NBA offseason is on track to begin next month. When it does, Sacramento Kings general manager Monte McNair will start to implement his vision for which direction he wants to take the organization.

During his introductory press conference, McNair repeatedly mentioned that he wanted to try to have some financial flexibility moving forward. With the NBA’s salary cap expected to stay flat due to the pandemic’s economic fallout, the Kings could look to shed some salary as they fill out the roster around star point guard De’Aaron Fox.

Buddy Hield’s extension kicks in next season, and with Bogdan Bogdanovic up for a new contract, McNair may be forced to look elsewhere if he wants to shed salary. One interesting trade proposal comes from Kyle Draper and Chris Forsberg on the Celtics Talk Podcast.

The duo discusses potential trade destinations for Gordon Hayward and brought up the Kings.

“Call up Sacramento. I don’t know what Sacramento’s plan is, I think they’re hopeful that some of those young guys come along, but they got some difficult decisions with Bogdanovic here and they’ve got Harrison Barnes under huge money. Would you take on multiple years of Harrison Barnes if you can send out Gordon Hayward. You’re stepping down probably in talent. You’re probably getting another piece, Bjelica probably, something like that to add to your bench.”

Hayward’s time with the Boston Celtics got off to a rough start. He suffered a gruesome leg injury in his very first game with the Celtics in 2018 and hasn’t been able to get back to his level play before getting hurt.

Hayward is expected to exercise his player option for 2020-21 that will pay him just over $34 million. While that price tag looks hefty, Sacramento would only be on the hook for one season as Hayward’s contract expires in 2021. The benefit is getting out for Harrison Barnes’ contract.

Head coach Luke Walton played Barnes at both forward positions last season, giving him the option to go small when the situation called for it. Nemanja Bjelica would be included to make the salaries match. The 32-year-old power forward is a proven NBA big man who is in the final year of his contract worth $7.15 million.

This move is all about future financial flexibility. Although Hayward can still be a meaningful contributor, getting $34 million in cap space going into the 2021-22 season is the bigger draw.

McNair still needs to re-sign Bogdanovic and get Fox to sign a max extension. The 2021 NBA free-agent class is deeper, and if things get back to normal at some point during next year, the salary cap could increase going into the 2021-22 season.

On to some more links:

We will find out soon if the Kings will look to move on from Buddy Hield. NBC Sports’ James Ham was asked about a potential deal involving the Philadelphia 76ers.

How will McNair add some guard depth in the offseason? The Athletic’s Jason Jones explores how the Buddy/Bogi/Kent Bazemore trio impacts the team’s plans at the 2020 NBA Draft.

Sacramento is reportedly looking to add a 3-and-D wing this offseason. Bleacher Report’s Jonathan Wasserman has the Kings getting just that in his latest mock draft.