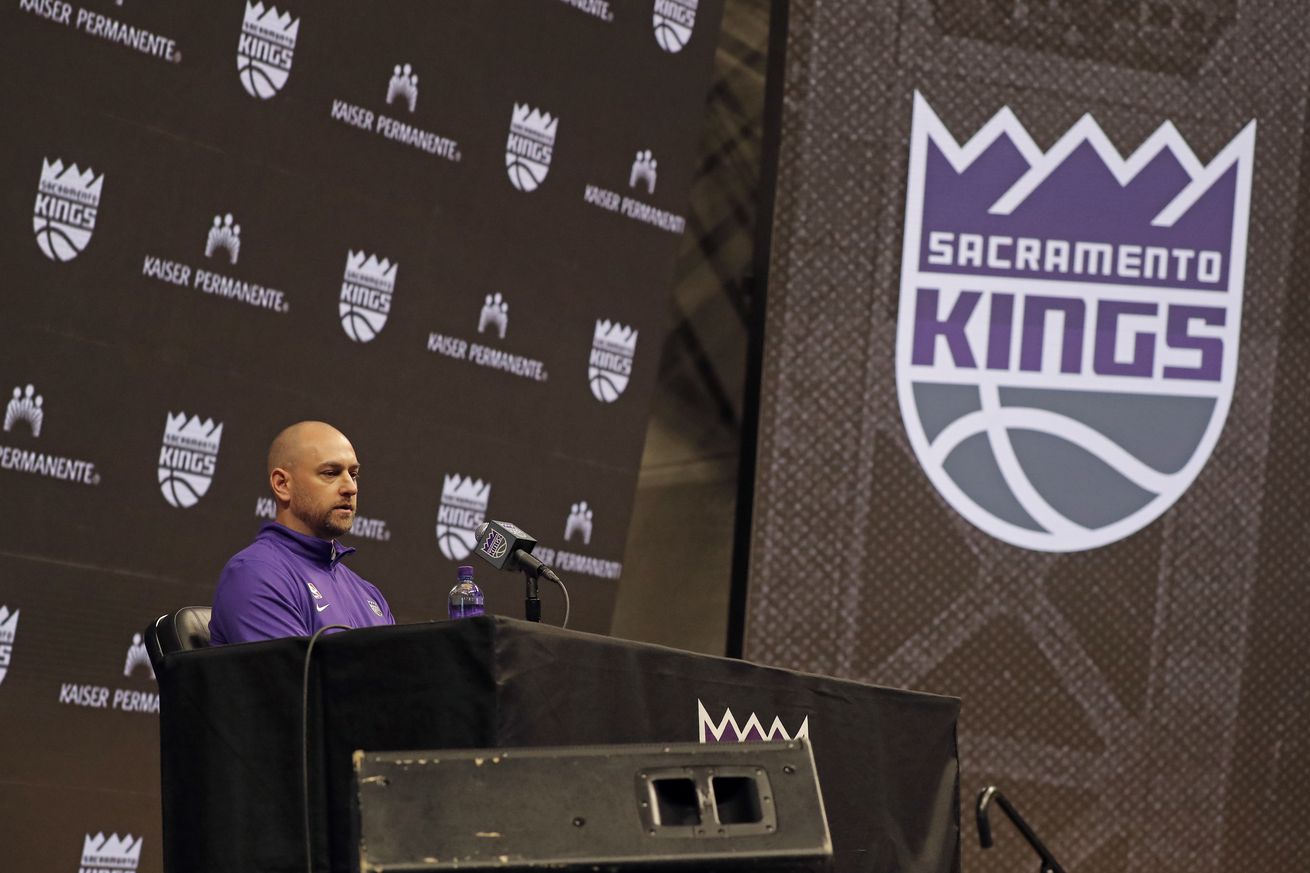 ESPN’s Jonathan Givony says the 12th selection could be in play.

The 2020 NBA Draft is coming up on Nov. 18 and we could see new Sacramento Kings general manager Monte McNair make his first trade.

ESPN’s Jonathan Givony wrote a piece centered on what he has been hearing around the league leading up to the draft. Here is what he has to say about the Kings’ first-round pick, which is 12th overall.

Sacramento also has three second-round selections (Nos. 35, 43 and 52), so McNair could look to move up if there is a player he covets that is still on the board. This year’s draft is unique because scouts generally believe you can get a similar level of player anywhere between picks 10 and 20.

There are a ton of wings who should be on the board when Sacramento makes its pick. Isaac Okoro, Aaron Nesmith and Patrick Williams would be ideal targets if McNair is looking to add some depth on the perimeter.

If McNair wants to go big, players like Jalen Smith and Precious Achiuwa to help bolster the frontcourt. While Kira Lewis, R.J. Hampton and Theo Maledon are options if Sacramento wants to add a point guard to supplement De’Aaron Fox.

It’s going to be an interesting few weeks for the Kings. McNair’s biggest decision will be what to do with restricted free agent Bogdan Bogdanovic. If he re-signs Bogi, he may look to add a point guard or power forward at the draft.

If there is any truth to the rumor that the Milwaukee Bucks are pursuing Bogdanvoic, how would Barnes fit in the deal? Fansided’s Jordan Treske says taking on Barnes’ salary makes sense for the Bucks.

Sacramento unveiled its new City Edition digs. Here is an explanation on how the design process unfolded. (Kings.com)

Big man Richaun Holmes should be the starting center next season. Holmes joined the CK Podcast and broke down film and gave us some insight into his personal life.

The G-Man is back! Gery Gerould will return for his 36th season as the Kings radio announcer. (Sac Bee)