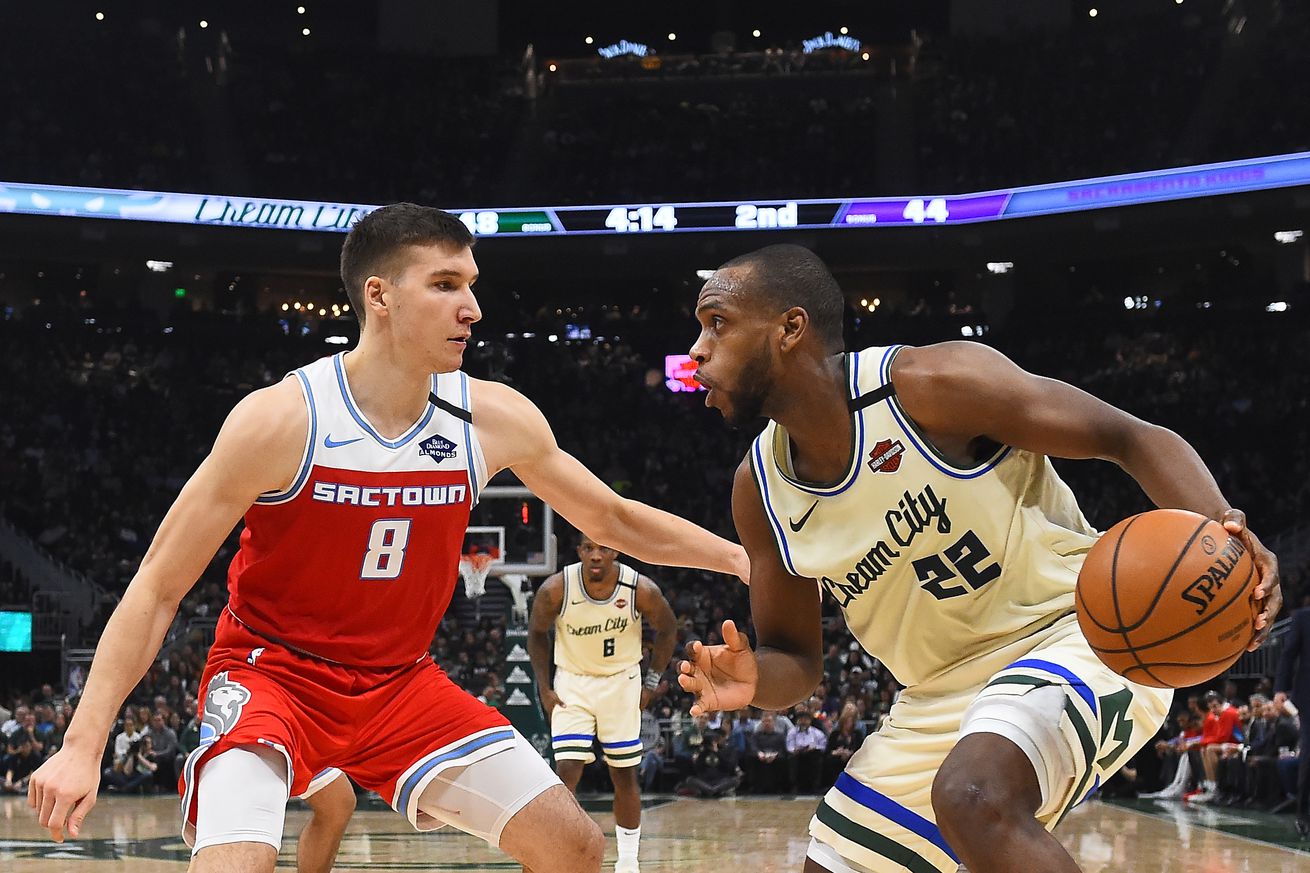 Bogdanovic will be a restricted free agent at age 28.

The NBA season is officially over, and Shams Charania of The Athletic has kicked off silly season for the Sacramento Kings with his latest batch of rumors from around the league. Per Charania, the Milwaukee Bucks are expected to be have interest in Kings guard Bogdan Bogdanovic this offseason.

Bogdanovic is one of the more appealing perimeter free agents this offseason; along with Joe Harris and Kentavious Caldwell-Pope, he’s probably among the top three shooting guards on the market, depending on what happens with the player options of Evan Fournier and Tim Hardaway Jr. Nevertheless, Bogdanovic is a restricted free agent while the others are unrestricted, making it harder for other teams to acquire him.

The Kings can match any offer that Bogdanovic signs during free agency or simply negotiate their own deal with him before he seeks out a contract from another team. They specifically cleared future cap space by trading away Dewayne Dedmon and Trevor Ariza at the trade deadline to have room to pay Bogdanovic without reaching the luxury tax this season.

However, those moves were made by a different front office, one that clearly prioritized Bogdanovic over fellow shooting guard Buddy Hield. Luke Walton is still in place, and his deteriorating relationship with Hield has been well-documented, but Monte McNair and Co. may be able to bring Hield back into the fold, particularly if new lead assistant Alvin Gentry is able to rejigger the offense to maximize Hield’s talents.

With Hield under contract for another four seasons, Sacramento may not feel pressure to match an expensive offer to also keep Bogdanovic on the team. But it also isn’t ideal to let one of the team’s best players, who is firmly in his prime, to walk for nothing. That’s where a sign-and-trade could come into play.

The Bucks can’t actually offer Bogdanovic more than the mid-level exception, which is projected to be about $9.5 million in the first year, though the salary cap numbers for 2020-21 have not yet been decided. The Kings would easily pay Bogdanovic that salary, so the only way Milwaukee could acquire Bogdanovic is through a sign-and-trade. The Bucks don’t have much young talent other than D.J. Wilson and Donte DiVincenzo, and their first-round pick this year is no. 24, so that probably wouldn’t be enough to move the needle. However, another team with limited salary cap space could also pursue this avenue by trading a better combination of young players and picks to acquire Bogdanovic.

As an older player with loads of international experience at the highest level, Bogdanovic is an attractive target for veteran teams eyeing another rotation piece. The most likely option is for Sacramento to keep him because of his restricted status. However, if Bogdanovic has his eyes on another team, the Kings should be able to get creative to make sure they benefit from his next signing, wherever that is.