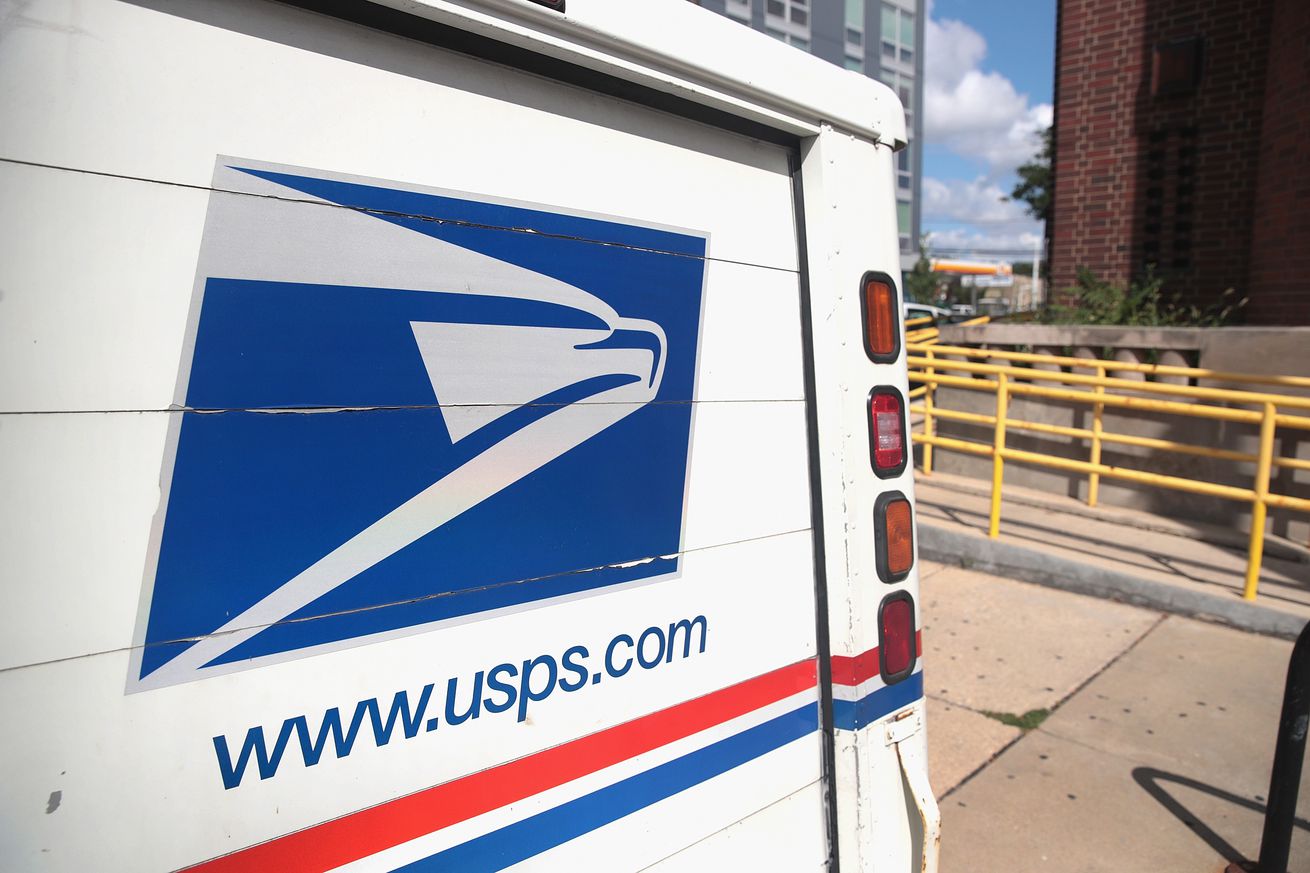 You asked, we answered!

From SMF-PDXConnection via the comments: If you could have one good Kings thing happen for Christmas/Hanukkah/Kwanzaa this year, what would you ask for?

Tim: Can the Kings just get healthy? Is that too much to ask Mr. Clause? Marvin Bagley III and De’Aaron Fox, the two franchise cornerstones, have combined to miss 35 games this season, while Bogdan Bogdanovic has been hobbled for almost half of the year. We’ve yet to see this team anywhere near full strength, but they’ve still been able to hang around in the playoff picture due to a Western Conference that has exhibited far more parity than expected. If Marvin can come back healthy on Wednesday, and Fox can get back on the court relatively soon, we may have a shot at the postseason. Just. Get. Healthy.

Bryant: Wait, any one good thing? A championship. I’d want a Championship. But that boring obvious answer aside, Tim has it right — I’d wish for health. This team is competing (on most nights) for an 8th seed without their two probably franchise players. We don’t even really know what Luke Walton’s game plan is for Bagley, and we only got a handful of games with Fox. So for Christmas, I’d like the Kings to get healthy — but it would be nice to gift Fox a pair of of the bionic ankles that Steph Curry somehow found in 2014.

From Alex_Poulos_ via Twitter: Would you change the grade you gave to the Kings offseason moves now that we’re a quarter of a way into the season?

Tim: I would keep my positive grade (I gave them an A in the immediate aftermath of the summer) in place. The reason the Kings are staying afloat despite the myriad of catastrophic injuries is due to their depth, and that depth was produced in free agency. Richaun Holmes has been Sacramento’s most consistently positive performers, and his contract has turned into one of the best values in the league. Cory Joseph, a contributor who was never signed to be the starting point guard, has done enough on the defensive end of the floor to make up for his unimpressive shooting. Trevor Ariza has been…fine. The only unmitigated disaster has been Dewayne Dedmon, but his complete collapse wasn’t really predictable compared to two seasons of production and feels a little reminiscent of the George Hill signing. He didn’t play against the Dallas Mavericks, and I wouldn’t be surprised to see his role completely evaporate once Marvin Bagley returns to the lineup. My bad, ya’ll.

Bryant: In July, I applauded the Kings for identifying their needs and targets, inking them all quickly, and negating the necessary Sac Tax bumps with smart partial-year guarantees. Certainly with the benefit of hindsight, I’d give them a lower grade than the A- I awarded them in July, but not significantly. Dedmon has been a monstrous disappointment, and while that $41M/3 year deal is tough to accept now, it still made plenty of sense at the time given what we’d seen from Dedmon in Atlanta (don’t take it from me, take it from Hawks fans). Trevor Ariza is still urkingly inconsistent (and gets too many minutes), but he’s been fine for most games. Depending on what side of the court the Kings are currently on, Cory Joseph is either massively overpaid (on offense) or vastly underpaid (on defense), but his offense was been better during the Texas road trip and it’s hard to over-analyze him when he’s playing a starting role he wasn’t signed for. And Richaun Holmes has been stellar, becoming one of the better contracts in the league while answering the question “what could Willie Cauley-Stein have looked like if he’d sacrificed some wingspan in exchange for an ability to give a fuck?” So that’s one stellar deal, two acceptable (if still overpaid, even for Sacramento) deals, and one absolute stinker — C+ feels fair.

From singaporekingsfan via the comments: We’ve all noticed a marked improvement in defense. Is it Walton’s scheme? Is it personnel? Is it sheer effort and desire?

Tim: It’s a combination of all of those things, and the answer depends on which individual player you’re discussing. For example, pre-injury Bogdan Bodganovic was clearly trying much harder on the defensive end of the floor. He’s averaging a career-high in steals per game (currently leading the team), as well as the lowest defensive rating and best defensive field goal percentage differential of his career. Bogi’s been engaged and aggressive, even if he’s not always been successful.

From a personnel standpoint, Richaun Holmes and Dewayne Dedmon both represent massive defensive upgrades over Willie Cauley-Stein, and Cory Joseph is one of the most effective point guard disruptors in the NBA. Even last year’s mid-season swap of Justin Jackson for Harrison Barnes helped the Kings secure a highly intelligent defender who can guard multiple positions. It’s amazing what competent guard defense (Joseph), competent wing defense (Barnes), and competent rim protection (Holmes/Dedmon) can get you, even with weaker defenders in Hield and Bjelica in the lineup.

Bryant: I think the 2019-20 team is both more dedicated to defense this season—they’re certainly playing tougher even when they make mistakes—and includes better defenders than the 2018-19 squad. Holmes, Joseph, Barnes, and even Dedmon in his spot minutes have shown real defensive IQ and grit. Bogi is working harder and smarter. Bjelica and Hield look to me to be trying harder, even if they aren’t successful. As much as I miss the offensive pacing of last season and pray Walton brings it back someday, there’s no denying that the Kings have more energy to expend on defense.

From Sacto_J via the comments: Vivek – James Dolan of the West? And when should we start to get, like, “really” concerned?

Tim: I don’t think Vivek is on a James Dolan level of ownership quite simply because I think it would take a long, long time to get to that level of pure disgrace. That being said, while we should always be thankful that Ranadive purchased the team, his savoir role to the organization doesn’t exempt him from the plethora of poor and ill-advised decisions throughout his tenure. For example, if the Kings miss the postseason this year, their 14 year playoff drought will surpass the Timberwolves for the second-longest in NBA history. Vivek has been the owner for seven of those years: exactly a 50/50 split with the Maloofs. No matter what shape the team was before he acquired the franchise, that’s unacceptable. Multiple teams have been through worse situations and still found their way back to the promised land. He’s no James Dolan, but he’s not been a success either.

Bryant: There is only one James Dolan. Vivek’s tenure hasn’t resulted in great success, but no owner in sports is close to Dolan levels of incompetence and foolishness; has any Kings fan been banned from Golden One Center for criticizing Vivek? No, of course not. Vivek clearly wants this team to do well and win for the city of Sacramento, and while that dedication certainly doesn’t absolve him of his errors as an owner, the Kings have real promise for the first time in a decade. The Knicks haven’t maintained real promise in multiple decades.

From James Enderson via Twitter: With the league talking about adding a midseason tournament, what would be your solution to make it relevant or interesting?

Tim: The difficulty of an in-season tournament is that you have to convince both management and individual players that this activity is worth their time. If it’s just another banner to hang in the rafters, no one’s going to care. On the day that this news broke I proposed a team-oriented solution of adding another draft pick to the first round. The lottery would remain the same, with non-playoff teams receiving picks 1-14, the winner of the tournament would receive pick #15, and the playoff teams would receive picks 16 – 31. That feels like a valuable enough prize to entice teams to want to participate and win, while also not too valuable to award a huge prize to a franchise that may very well be competing for a championship at the end of the year.

From the player perspective, there are a couple of options. A cash bonus would be likely, but the money isn’t going to be that important to max-level players. It can’t be that much. The other solution might be an automatic first round bye if that team makes the playoffs, no matter their seeding. Tony had a mad hatter idea of letting the winner pick their opponent in each round of the playoffs (imagine the drama!), but I don’t think the league would ever go for that.

Bryant: I agree that adding in a post-lottery draft selection would incentivize teams. The only reward you could possibly give players to kick off an in-season tournament would be a significant pay boost, and even then I struggle to believe players will buy into the hype of a in-season tournament for a half-decade or so. I’m not sure the in-season tournament is as grand an idea now that it’s somewhat in front of us, but the NBA knows it needs to get more enthusiasm into the regular season, so I applaud them for trying. (The real answer is fewer games, higher stakes for the remaining games, and more rest time/less load-management games, but neither the NBA or the Players Union will go for that.)

Special Bryant-centric question from Tim: Can you name a few late lottery, early-teens draft prospects to watch, as well as a few names to monitor for the second round of the 2020 NBA Draft?

Bryant: While I’m not huge on the top of this draft class (I’ve departed the Cole Anthony hype train for the Anthony Edwards super-express), there’s no doubt in my mind that there will be some impact players in the middle of the draft — teams just have to find them. USC center Onyeka Okongwu is averaging 17.4/8.7 and 3.3 blocks per game, has a bunch of Montrezl Harrell in him, and is a joy to watch if you like watching players who like playing basketball. Two players up in Washington—the rangy forward Jaden McDaniels and center Isaiah Stewart—could appeal to the Kings for different reasons, but both have promising (if inconsistent) jumpshots. And finally, I’m currently draft-crushing hard on Auburn freshman Isaac Okoro, a 6’6 combo-forward with defensive instincts beyond his age, excellent athleticism and switchability, and a decent secondary passing ability (just… don’t look at his three point percentage). Second round picks are as impossible as ever to project, but a few names to keep an eye on would be Michigan State star Cassius Winston, Mississippi State’s Reggie Perry (who the Kings worked out in preparation for last year’s draft, and he’s only gotten WAYYY better), and DePaul forward Paul Reed (a combined 5.5 blocks and steals per game).