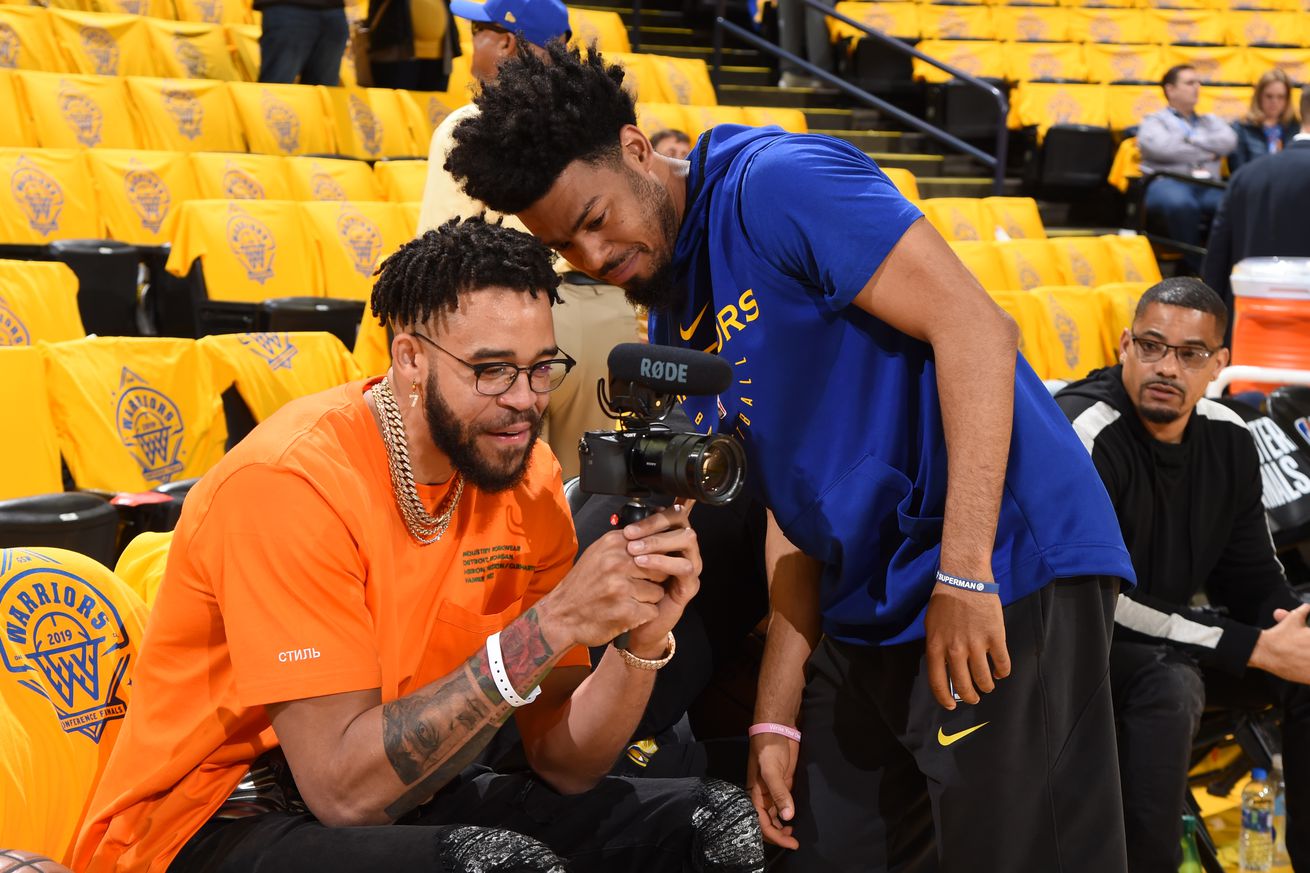 We know how the current Warriors are faring. But what about the ex-Warriors?

It hasn’t been the easiest year for the Golden State Warriors. They’re 5-19, in last place in the Western Conference, and both Steph Curry and Klay Thompson are rehabbing major injuries.

But this is a Warriors website and you, presumably, are a Warriors fan. So this probably isn’t the time to talk about my favorite crème brûlée recipe, or share theories for season three of Barry, or even talk at length about the seasons Giannis Antetokounmpo and Luka Dončić are having.

If you haven’t had a chance to follow the NBA closely this year, you might be wondering how your favorite former Warriors are doing. Well I’ve got the answers for you, with updates about all the former Warriors who are still in the league.

Harrison Barnes started the 2019-20 season off on the right foot, somewhat surprisingly signing a four-year, $85 million deal with the Kings over the summer, despite having been decidedly mediocre for years. That will make any season go well!

But so far Barnes has done his best to live up to the contract. He’s been a workhorse, ranking 10th in the league in minutes played. Most importantly, he’s having his most efficient year, by far.

After a two-year stint with the Warriors to start his career, Bell has had a difficult time finding his way onto the court with the Wolves. It doesn’t help that Minnesota employs one of the best big men in the game, but it’s been disappointing for Bell, who’s averaging even fewer minutes than he did with Golden State a year ago.

Chris Boucher won as many rings (one) with the Warriors as he played minutes for the team. A college teammate of Bell’s, Boucher was on a two-way contract with the Warriors in 2017-18, and made it into exactly one game, logging all of 79 seconds.

Boucher was tremendous last year on a two-way contract with the Raptors, winning the G League MVP trophy. That earned him an honest-to-goodness roster spot this year. He got a lot of run when Serge Ibaka was injured, but hasn’t seen too much playing time since Ibaka returned.

Quinn Cook has seen sporadic playing time on a team that starts LeBron James as their point guard, employs veteran Rajon Rondo, and also has the highly-memable (and sneakily good) Alex Caruso.

He’s had some big games, but remains a highly unproven player.

Kevin Durant has yet to play this year, and most likely won’t play this year. Still, you can see him on the sidelines of most games, high-fiving his teammates, and cracking smiles with good friend Kyrie Irving.

He looks happy, and that’s great.

You’re forgiven if you forgot that Justin Holiday won a ring with the Warriors. That 2014-15 championship was suddenly a long time ago. Time flies when you’re winning rings.

But he did win a ring! And now he’s having a strong year in Indy, as Victor Oladipo’s injury has opened the door for Holiday to play a big role. Perhaps most excitingly (for him), is the fact that he gets to share the court with his brother, Aaron Holiday (a third Holiday brother, Jrue, is having a strong season for the New Orleans Pelicans).

Andre Iguodala has not played a game for the Grizzlies, and that is not going to change. The team and player reached an agreement before the season, in which Iguodala will stay in the Bay Area, keeping himself in shape, so that Memphis can explore trade options later in the year.

By all accounts, Iguodala’s plan seems to be getting traded to a contender this year, and then potentially re-joining the Warriors for the 2020-21 season.

It’s abundantly clear that the Damian Jones – Omari Spellman swap worked out for both squads. Spellman has been surprisingly strong with the Warriors, and has already scored more points than Jones did in his three seasons by the Bay.

Jones, meanwhile, has slipped into a starting role in Atlanta, as young big man John Collins was suspended by the league for 25 games. Jones hasn’t been spectacular, but he’s been good enough.

Three NBA seasons, and three rings to show for it? Give Patrick McCaw some damn credit: Dude clearly knows what he’s doing.

Unfortunately, McCaw suffered another injury setback, when he injured his knee early in the season, and had to have surgery. Thankfully it was a minor injury, and McCaw is expected to return to the court sometime this week.

JaVale McGee has been pretty much the same player with the Lakers that he was with the Warriors: A highly-enjoyable, screen-setting, rim-running center, who can block some shots, finish around the rim, and bring joy to any team.

He’s fitting in surprisingly well alongside Anthony Davis, and has been on the receiving end of a lot of LeBron James lobs.

Not champions, but still Warriors

These players never splashed champagne on each other in the Golden State locker room, but they still donned the Warriors colors.

Traded to the Blazers in the offseason, Kent Bazemore – best remembered by Warriors fans for his epic bench celebrations – has had a decent-sized role with the Blazers, though he’s had a hard time making shots.

Holy throwback! It’s been 11 seasons since Marco Belinelli played for the Warriors, making him the player in the league that is the furthest removed from his Warriors days.

Unfortunately, Belinelli’s NBA days may be limited, as he’s struggled all year long.

DeMarcus Cousins hasn’t played a game for the Lakers this year, and almost surely won’t, after tearing his ACL near the end of the offseason.

Yet despite the fact that Cousins A) Won’t play this year, B) is on a one-year contract with LA, and C) had a disturbing offseason incident in which he was recorded threatening to kill his son’s mother, he’s remained a part of the Lakers. He’s on the bench at all the games, involved in the huddles, and traveling with the team.

The final cut by the Warriors, just days before the season started, McKinnie quickly found a home with the Cavs. Unfortunately, he hasn’t done much in Cleveland to make the Warriors regret that decision.

Oh, Anthony Tolliver! He hasn’t played for the Warriors since the 2009-10 season, and even then he only played in 44 games. But he’s still kicking it in the NBA, having played for nine teams over his 12-year career.

Tolliver saw a lot of minutes early in the year, due to Zach Collins’ injury. The addition of Carmelo Anthony, however, has pushed Tolliver out of the rotation.