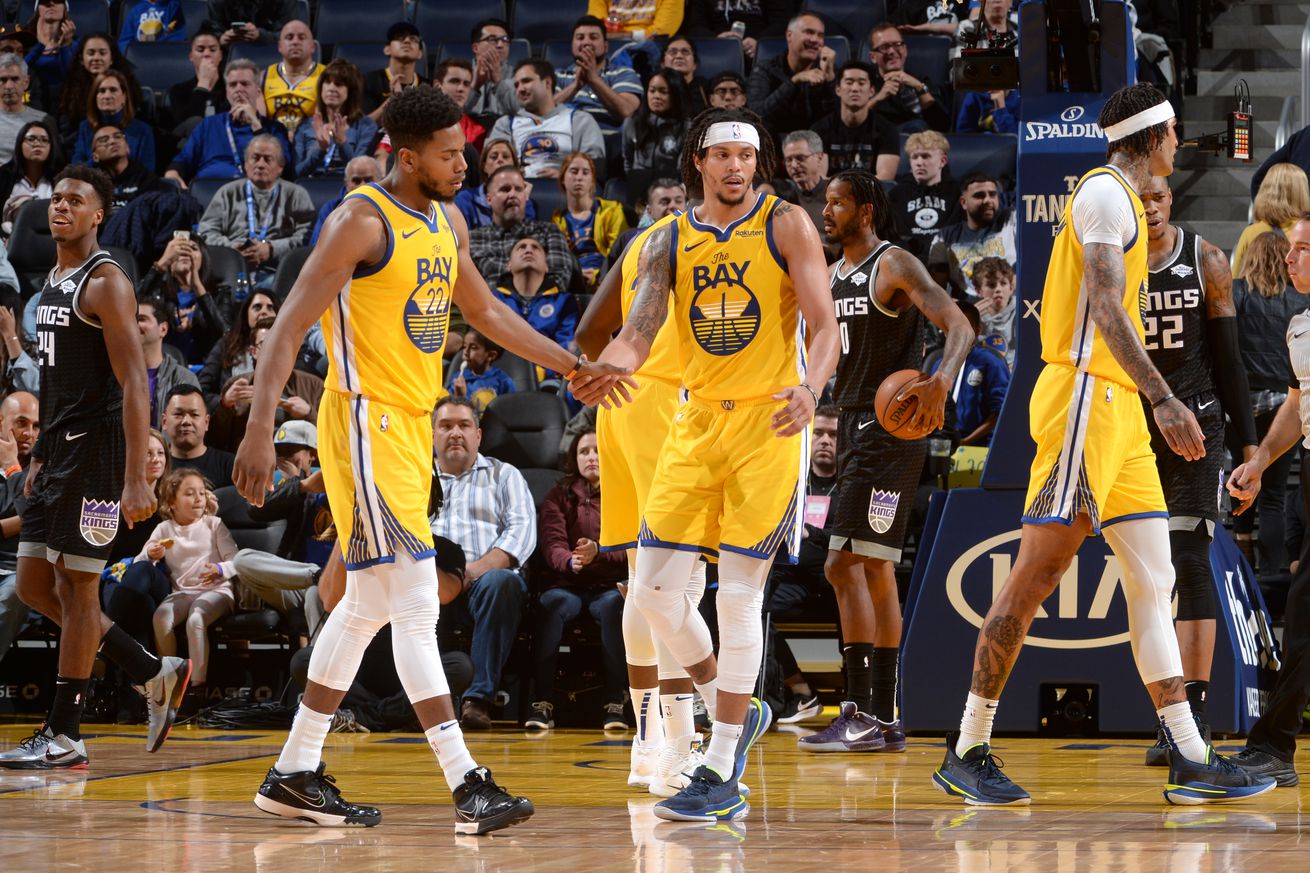 Willie Cauley-Stein returns to his old team for the 1st time; and familiar face Luke Walton has slowed the Kings to a crawl – it’s an awkward reunion!

Golden State Warriors starting Center, Willie Cauley-Stein spent the first four years of his career with the Sacramento Kings. His departure was frustrating for both sides: Cauley-Stein was looking “to get paid” but the Kings were reluctant to open up the piggy bank for a guy who was averaging around 12 points and 8 rebounds per game while not providing any sort of meaningful rim protection.

In Sacramento, they’ve brought in a new coach – old local legend, Luke Walton. But for some reason the man known for unleashing Draymond Green’s outside shooting, and then going on to run a fast and furious Lakers attack has slowed the Kings pace down from one of the fastest in the league, to one of the slowest.

So we’ve got plenty of familiar faces on both sides of the ball, and another chance for the struggling Warriors team to see if they can put it all together for a win against one of the weaker teams in the NBA.

After a shockingly solid four-game winning streak – highlighted by a Christmas Day trouncing of James Harden and the Houston Rockets – the Warriors have regressed to their unfortunate mean of not being good at basketball recently and now find themselves in the midst of a four game losing streak.

Any return to the win column is going to be hampered a bit – in addition to the continued absence of Kevon Looney, it looks like both Draymond Green and D’Angelo Russell are listed as questionable for tonight’s game.

Normally, this news would hurt more. But taken within the context of it being in the best interest of this franchise to lose (and to do so often) this season, it wouldn’t be all that bad if neither of our stars suited up.

Additionally, Green has been slowly checking further and further out. This is clearly a tough season all around, and Green has been the one mainstay of the dynasty run that has been forced to watch it up close, Clockwork Orange style.

As referenced in Anthony Slater’s recap of last game though for The Athletic, it may be useful to have Green sit right now; the bench of Omari Spellman, Eric Paschall, and even occasional bursts of goodness from Marquese Chriss could non-jokingly be our best bet right now.

Glenn Robinson went 1-of-11 shooting. Willie Cauley-Stein, returning from a recent sickness, was invisible in 14 minutes. Damion Lee was solid (by far the best of the starters). Green got ejected. The Warriors were outscored by 20 points in Ky Bowman’s 14 rough minutes. Combined, those five starters scored only 27 points on 9-of-35 shooting.

How did the Warriors get to 104 points? They got 77 from the bench, which included 27 from Alec Burks — who went 14-of-14 from the free-throw line, keeping the Warriors in it — and a career-high 23 from Omari Spellman.

After last season, I felt reasonably safe expecting the Kings to be fighting for a playoff spot this season. I guess you could say that’s still true – the team is a mere two and a half games back from the San Antonio Spurs’ 8th seed – but it ignores the broader unfortunate reality that things are once again going sideways in Sacramento.

Reflecting back on his time there, Cauley-Stein recently recalled a conversation with Kentucky coach John Calipari who “kind of warned me what that organization was like already.”

What’s the organization like? Well, it’s a bit of a disaster.

In the saying “a broken clock is right twice a day” we are led to assume that something broken is stopped in a static state of non-functionality. But the Kings offer up the real window into what it takes to be as dysfunctional and ineffective as Sacramento has been over the past decade; a sort of self-stabilizing parade of weird personnel decisions and inconsistent coaching.

According to Basketball Reference, the Kings were 5th in pace last season. It seemed to work well with the dynamic and speedy backcourt pairing of young players De’Aaron Fox and Buddy Hield but for whatever reason, new coach Luke Walton has moved away from that. This season, Basketball Reference has the Kings tagged as the 2nd slowest team, plodding their way to just 97 possessions per game.

It’s not going great on other fronts either. Ex-Warriors Dewayne Dedmon made some news recently after getting slapped with a fifty thousand dollar fine for making a public trade demand.

“I would like to be traded,” Dedmon said earlier this week, adding, “I haven’t been playing, so I would like to go somewhere where my talents are appreciated… I’m trying to play and I’ve been told I’m no longer in the rotation here, so there’s really nothing to wait on.”

They just signed him to a three year, $40 million dollar deal, but Walton has apparently taken him completely out of the rotation.

I think Russell plays, but Green sits for some much-needed physical and mental rest.

The only thing uglier than two teams at the bottom of the standings duking it out is when they have to do so in a frustratingly slow game. Here’s hoping Luke Walton drinks too much coffee and tears the brakes off the Kings machine. It won’t necessarily be any prettier, but at least it will be more fun.