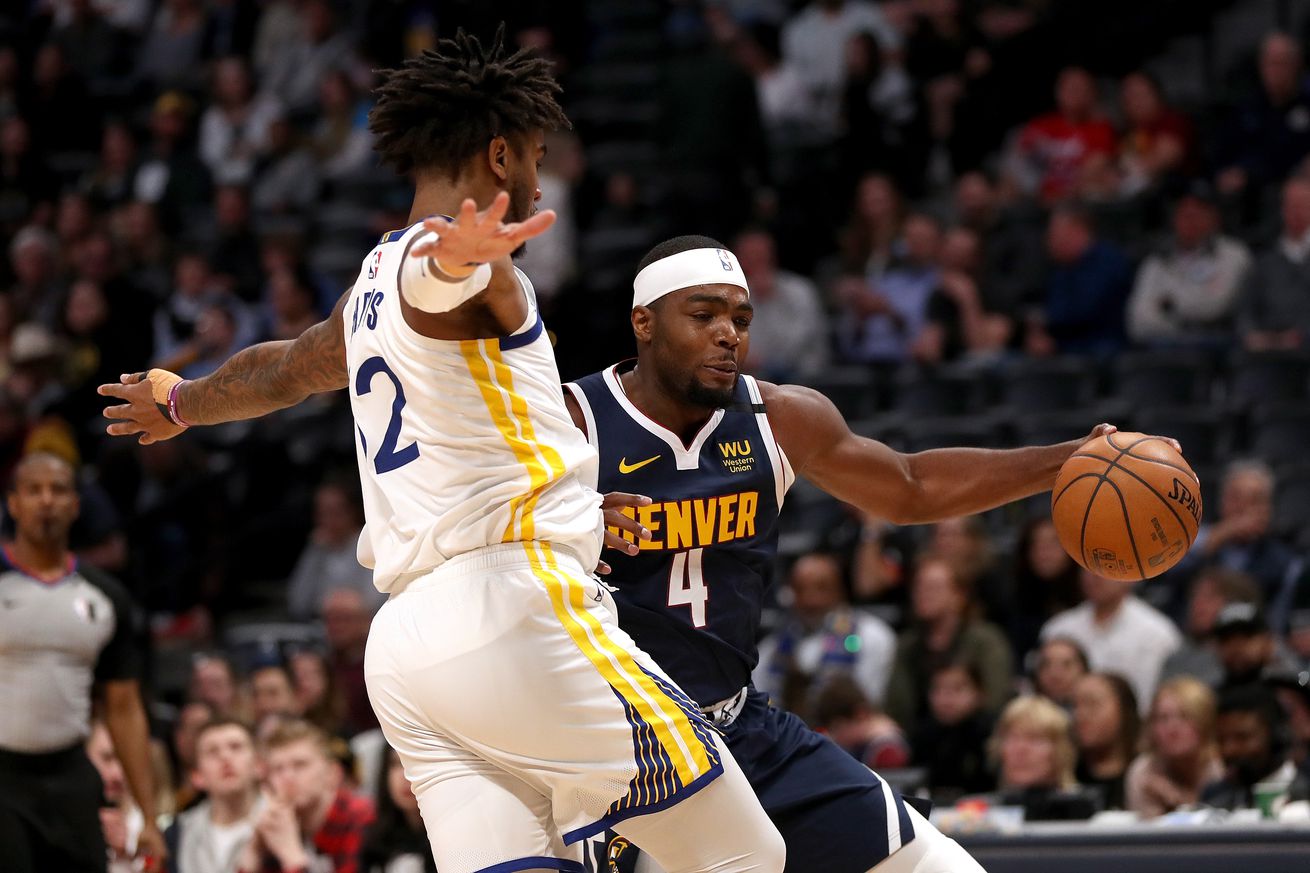 The veteran is a low-cost option who can help bolster Golden State’s front court.

The NBA is still finalizing its plans for the 2021 season, and the league should announce when free agency will officially begin in the coming weeks.

Once it does, the Golden State Warriors will look to add some pieces through the mid-level exception and veterans minimum. The Dubs need to add to their frontcourt if they want to compete with the size of the defending champion Los Angeles Lakers.

Bleacher Report’s Mandela Namaste (fantastic name) came up with one player every NBA team should target, and for the Warriors, he picks veteran forward Paul Millsap.

“The four-time All-Star’s experience and selflessness would be eagerly welcomed in the Bay Area. Though past his prime, the 35-year-old seamlessly downgraded to “quality role player” status with the Denver Nuggets and is a consistent enough shooter to join Golden State’s Death Lineup.”

Millsap could take on a David West-type role with Golden State. He played 51 games for the Denver Nuggets last season and averaged 11.6 points, 5.7 rebounds and 24.3 minutes per game. Millsap improved his shooting range midway through his career and became a reliable outside shooter in his seventh season. Last year, the four-time All-Star shot an impressive 43.5% from beyond-the-arc.

The 6’7, 257-pound Millsap will give head coach Steve Kerr a fantastic option off the bench. Millsap’s 9.3 net rating way far-and-away the best on an outstanding Nuggets team last season. Even at the age of 35, Millsap’s still a solid defensive player. Denver gave up 7.4 fewer points per 100 possessions with Millsap on the floor. The Nuggets’ net rating is also a full 10.0 points per 100 possessions worse when Millsap was on the bench.

Millsap made roughly $197 million over his 14-year career but has failed to win an NBA championship. The Nuggets made it all the way to the Western Conference finals and are interested in bringing the veteran back. According to Mike Singer of The Denver Post, the organization’s top-priority is to re-sign 26-year-old forward Jerami Grant, which would impact Millsap’s role with the team next season.

With the economics of the league out of whack due to the pandemic, he should be a low-cost option for the Warriors who could provide great value. Millsap has the size and toughness Golden State needs if it wants to compete with the size of teams like the defending-champion Los Angeles Lakers.

General manager Bob Myers will most likely add a big man — whether through the draft or free agency — this offseason and Millsap would be an excellent get.

The Warriors could pick a guard at the 2020 NBA Draft. ESPN’s draft experts ranks the top-five guards that are available.

Golden State continues to be linked to Memphis big man James Wiseman. The latest mock draft roundup shows that most experts believe Wiseman will be the Dubs’ pick. (Warriors.com)

The Warriors released their newest uniforms and they look pretty good. You can check out the rest of new uniforms for each NBA team here. (NBA.com)

How can the league keep the Players’ Union happy with next season’s schedule? Ethan Strauss of The Athletic proposes an interesting idea that would see Golden State play its opener on Christmas Day.