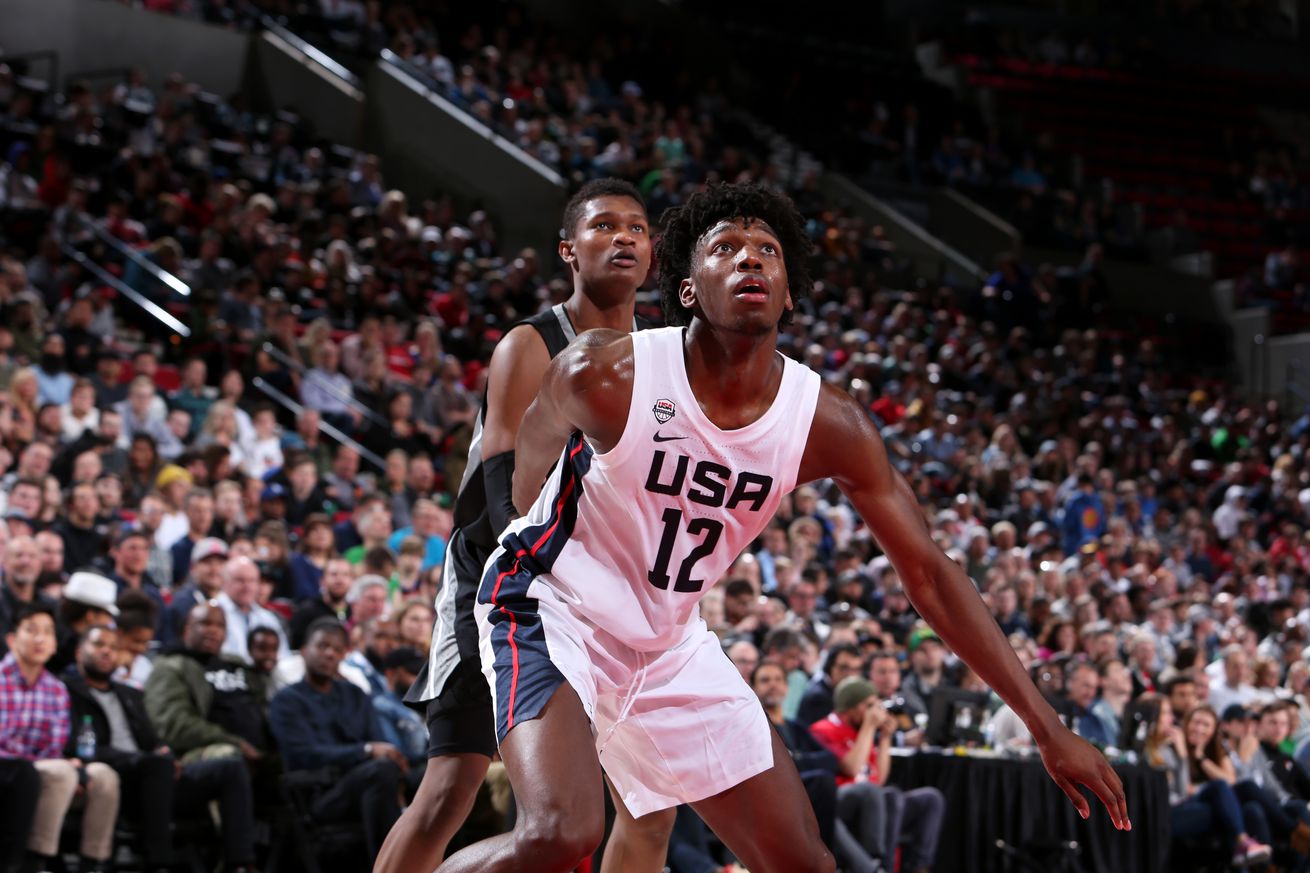 The 2020 NBA Draft is just over three weeks away, and the Golden State Warriors are narrowing down their options on what to do with the No. 2 pick. The Dubs held workouts with some of the top prospects and are reportedly impressed with what they saw.

Golden State worked out two players who are expected to go in the top five with Georgia guard Anthony Edwards and Memphis center James Wiseman showing their stuff to the Warriors brass. Marcus Thompson of The Athletic spoke to team sources, who told him that Edwards and Wiseman were “beasts” during their workouts.

“Wiseman is as big and skilled as advertised. They also liked him when they had their conversation/interview or whatever it was.

Edwards’ exceptional athleticism jumped out in person. He seemed to really impress the Warriors with his freakishness. He must have done something like this.”

Of course, the Dubs are at the mercy of the Minnesota Timberwolves, who have the first selection. The T-Wolves are reportedly leaning towards LaMelo Ball, but we can assume anything until we hear whose name is called on Nov. 18.

Edwards is a 6’5 guard who averaged 19.1, and 5.2 rebounds on a bad Bulldogs team last season. His shooting numbers are a concern. Edwards shot 40.2% from the field and just 29.4% from beyond-the-arc, but he is one of the best athletes available in the draft. He has the potential to be a future All-Star in the league.

Wiseman seems to be the better fit with the Warriors needing to add some size due to the presence of players like Anthony Davis and Nikola Jokic in the Western Conference. Thompson touched on this as well:

“Wiseman is much more of an obvious fit.

The NBA’s draft website lists him as 7-1, 247 pounds, which fits in the range of where most seem to have his measurements. If we know anything about Kerr, it’s that his preference is to have a center on the floor. He will go small, but he likes to save the card. And since the small-ball center who makes it work is 30 years old, Kerr really is not going to want to ride a small lineup hard.”

The big man has looked good during workouts, despite only suiting up for three games with the Tigers last season. Wiseman has all of the tools to be a very good NBA center, but with Golden State looking to contend for a title next year, the team could look to bring in a veteran option to deal with the likes of Davis and Jokic.

Things will continue to change as the draft approaches. General manager Bob Myers is rumored to be shopping the pick as well. But if the Warriors do keep it, which player do you prefer out of Edwards and Wiseman?

There are a few other prospects who could be good fits with Golden State. Alex Didion of NBC Bay Area gives his list of the top five players the Warriors should target if they keep the pick.

Who do draft pundits have the Dubs selecting at No. 2? The consensus among mock drafts is that Wiseman will be the pick. (Warriors.com)

The NBA is beginning to plan out the 2021 season. The Athletic’s John Hollinger goes over the league’s proposal to play a 72-game schedule beginning Dec. 22.

If Golden State does look to move the pick. it’s expected the Dubs would like to an impact veteran. Fansided’s Nathan Beighle comes up with an interesting three-team proposal that lands a former All-Star in the Bay Area.