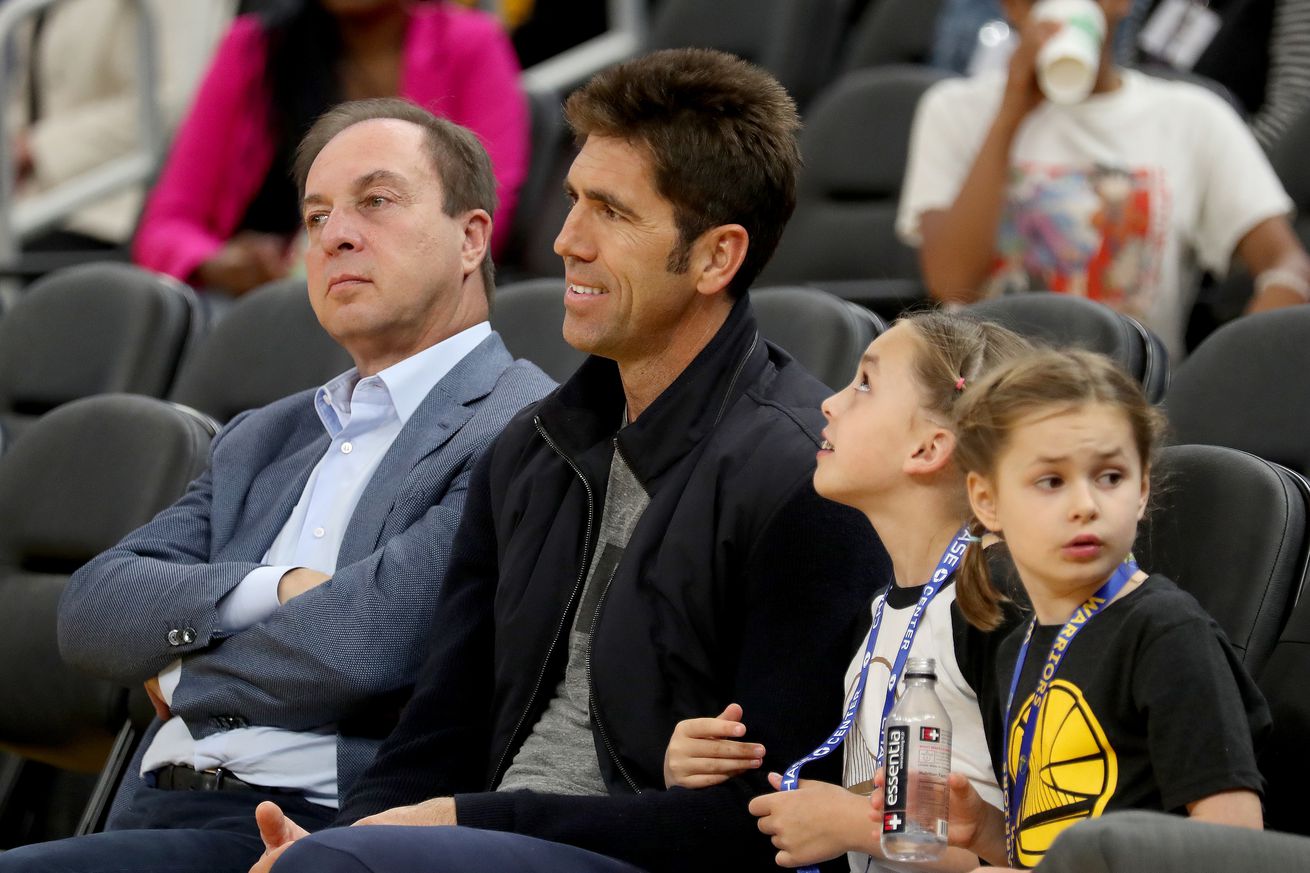 The hottest ticket in sports isn’t so hot in the second-hand market, as the team’s struggles are forcing resellers to drop their prices. Ah, reminds me of the good ol’ Oracle days.

When the Golden State Warriors made the move to their epic new arena by the Bay in San Francisco, it was a no-brainer that fan costs were going to go up. The ticket prices at their previous home in Oakland had already skyrocketed; Kristian Winfield reported for SB Nation last March that “the average ticket price for a Warriors home game is $225, almost tripling since 2010.”

But with the team’s terrible start to the Chase Center era due to maelstrom of injuries. we’re starting to see the market value on tickets plummet to levels we haven’t seen since…well, since the team was terrible in Oracle Arena.

The Price of a Dynasty

One of the most iconic scenes from the superhero box office smash hit, “Avengers: Infinity War”, involves the hulking supervillain Thanos sharing a sickeningly sentimental moment with the ghost of the daughter he murdered in his quest to balance the universe.

When she questioned him what the completion of his horrifying mission required, he responded forlornly, “….Everything”.

If I could go back in time, before the Warriors dynasty, I’d teleport to 14-year-old Daniel absentmindedly thumbing through the Oakland Tribune’s boxscore. When he lifted his eyes from Antawn Jamison’s moderately impressive statline in what was yet another crushing Golden State loss, I’d tell him that one day the Warriors would become the standard of basketball excellence.

And when he asked me what it cost, I’d say, “…66% of the average Warriors’ fans monthly salary”.

At least that’s according to a report by Casumo, an online casino that sifted through four major American sports and compared franchise season ticket prices to their region’s average household incomes.

Casumo concluded that “locals of the Golden State Warriors’ home court (Chase Center) need to pay well over half (66%) of their average monthly paycheck to buy a staggering $4,000 season ticket for it.”

After doing a quick Google search, that paycheck number would seem to correspond to the median pay of Oakland residents…which means I’d immediately tell 14-year-old me to abandon my fantasy of being drafted by the Warriors to instead learn Javascript coding to afford tix. Otherwise, we’ll have to finesse our way into Dubs games by writing 10 million blog posts.

Kathleen Pender further expounded on the high tix prices in a piece for the San Francisco Chronicle, interviewing a season ticket holder who decided to give up his seats once the team moved across the Bay.

Schonbrun is among the roughly 30% of season ticket holders who gave up their seats when the team moved from Oracle Arena in Oakland to San Francisco’s new Chase Center. That allowed fans on a long wait list to buy about 2,000 seats at Chase.

Schonbrun would have faced a steep increase in ticket prices, plus a one-time “membership fee” amounting to $75,000 per seat. Parking, which was free with his tickets in Oakland, would have cost $45 a game in San Francisco.

Not everybody wants to spend that kind of bread for a basketball game, quite frankly.

Thankfully, the Warriors only need around 18,000 people who will, and considering the waiting list for season tickets is thousands deep, I see no reason to doubt the Light Years business model.

New arena + elite basketball club + San Francisco = expensive. And I’m okay with that; I don’t expect the Warriors to go from “business maximizing profits” to a “basketball without borders” charity.

Now, for those 18,000ish people who forked over the cash for the season tickets, believing the Warriors would at least be relatively healthy/competitive, it’s kind of a raw deal currently.

The current Dubs are Splash Bro-less, with their other All-Stars in and out of the lineup, surrounded by a sea of new faces. It can be a tough product to watch at home for FREE, let alone for what those good people paid to watch live in Chase.

Remember when reselling Warriors tickets meant you could put a downpayment on a new castle for you and the family?

Not so much right now, according to a recent report from Ron Kroichick of the SF Chronicle:

On SeatGeek, a New York-based online ticket agency, the average resale price of Warriors tickets sold before this season’s opening night (Oct. 24) was $311. That number dropped to $253 during the season’s first week and plunged to $186 in the nearly four weeks since Curry’s injury, which will sideline him until at least February.

TickPick, another online agency, reported that Warriors resale prices before their season opener increased 2% from last year. The average price on the site has since dropped 13%.

At those prices, frugal members of Dub Nation might find some ticket prices that are too good to pass up! Maybe Chase Center gets infused with some of that dormant Oracle blood that was priced out? And then, perhaps those rowdy fans bless the new players with that “We Believe” energy and the team storms back into playoff contention??

Eh, maybe not. But if you were on the fence about attending a Warriors game, there’s no time like the present. It’s a great time out!