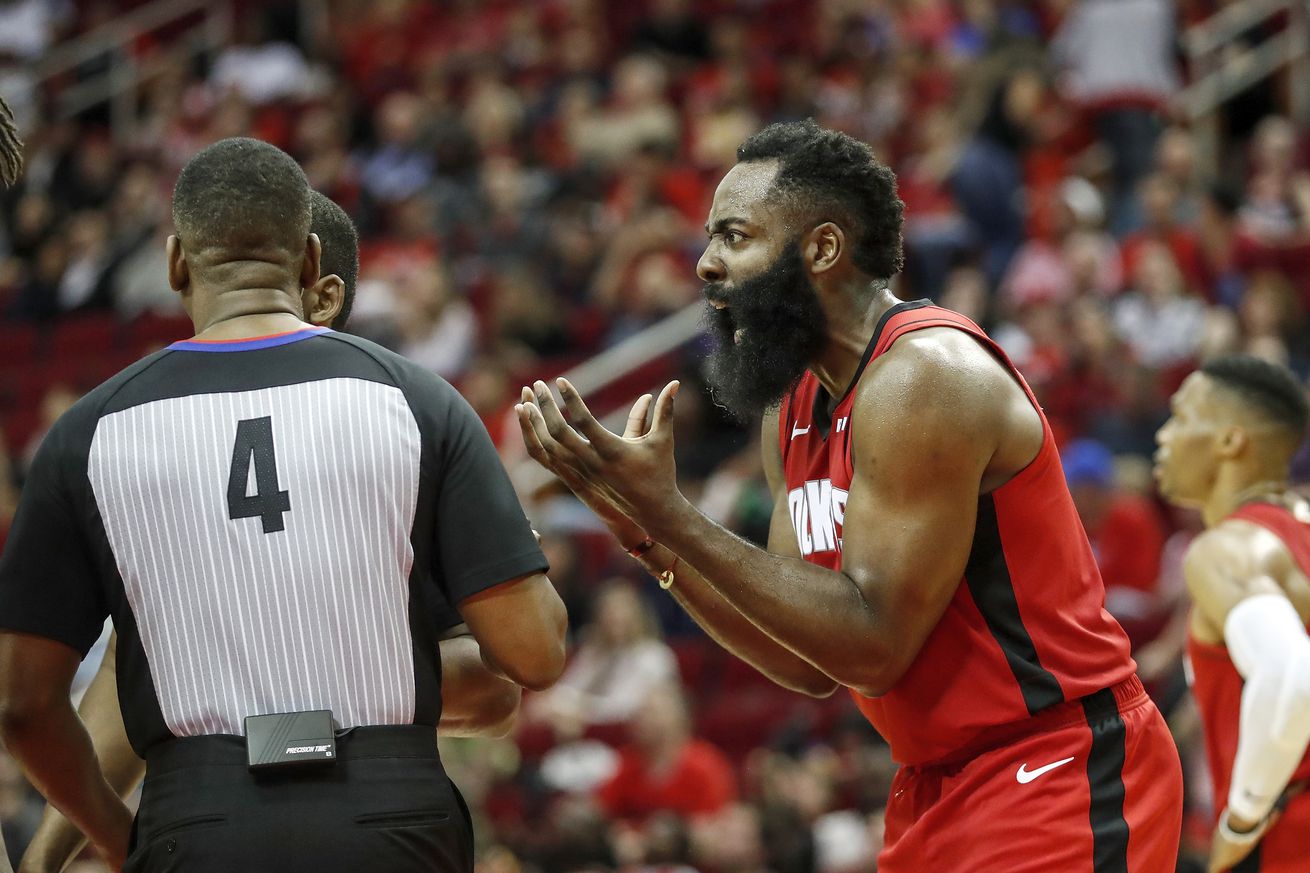 This is my shocked face.

Well, this is very surprising.

The NBA has denied tho Houston Rockets protest of their December 3 loss to the San Antonio Spurs. If you missed the ordeal, we wrote about it here. But here’s the short version: A James Harden dunk in the fourth quarter was missed by the refs, who thought Harden missed the dunk. The refs then missed the chance to let Houston review the play, and the Rockets eventually blew a double-digit lead before losing in double overtime.

Houston protested the two points they were robbed of. Their hope was to have the outcome reversed, or the final minutes replayed.

They got neither. The league announced on Monday that the appeal had been denied, and the result would stand. Commissioner Adam Silver stated that the team had “sufficient time to overcome the error.”

NBA statement on Rockets protest denied from Spurs loss on Dec. 3: “Commissioner Silver determined that the Rockets had sufficient time to overcome the error” when James Harden’s dunk, with 7:50 remaining and 102-89 lead, did not count. https://t.co/NJmXPK0Qa2

This is certainly the correct choice. There are bad calls against every team in every game, and it would be a bizarre and difficult precedent to set if the league somehow deemed this missed call the one worthy of having a result overturned.

Or, to put it more eloquently, our own Eric Apricot:

Every team in every game gets bad foul calls that cost them a bucket or more. Some as objectively wrong as UnDunk.

And no you can’t go back and credit extra points at the end because the score change would change all strategy at game end. Chalk it up to bad luck and move on. https://t.co/vCP5afyBJK

The league has also chosen to discipline the three referees o assignment for the game, due to the missed call and ensuing failure to allow replay challenge.

The NBA has disciplined the three referees from the Rockets/Spurs Dec. 3 game for misapplying the coach’s challenge, and will work with the Competition Committee to develop additional procedures to help prevent the situation. https://t.co/NJmXPK0Qa2

What a bizarre situation that got blown out of proportion, to no one’s surprise. Thankfully it’s in the rearview mirror, though we all know the Rockets: They’ll find something to be upset about again, I’m sure.