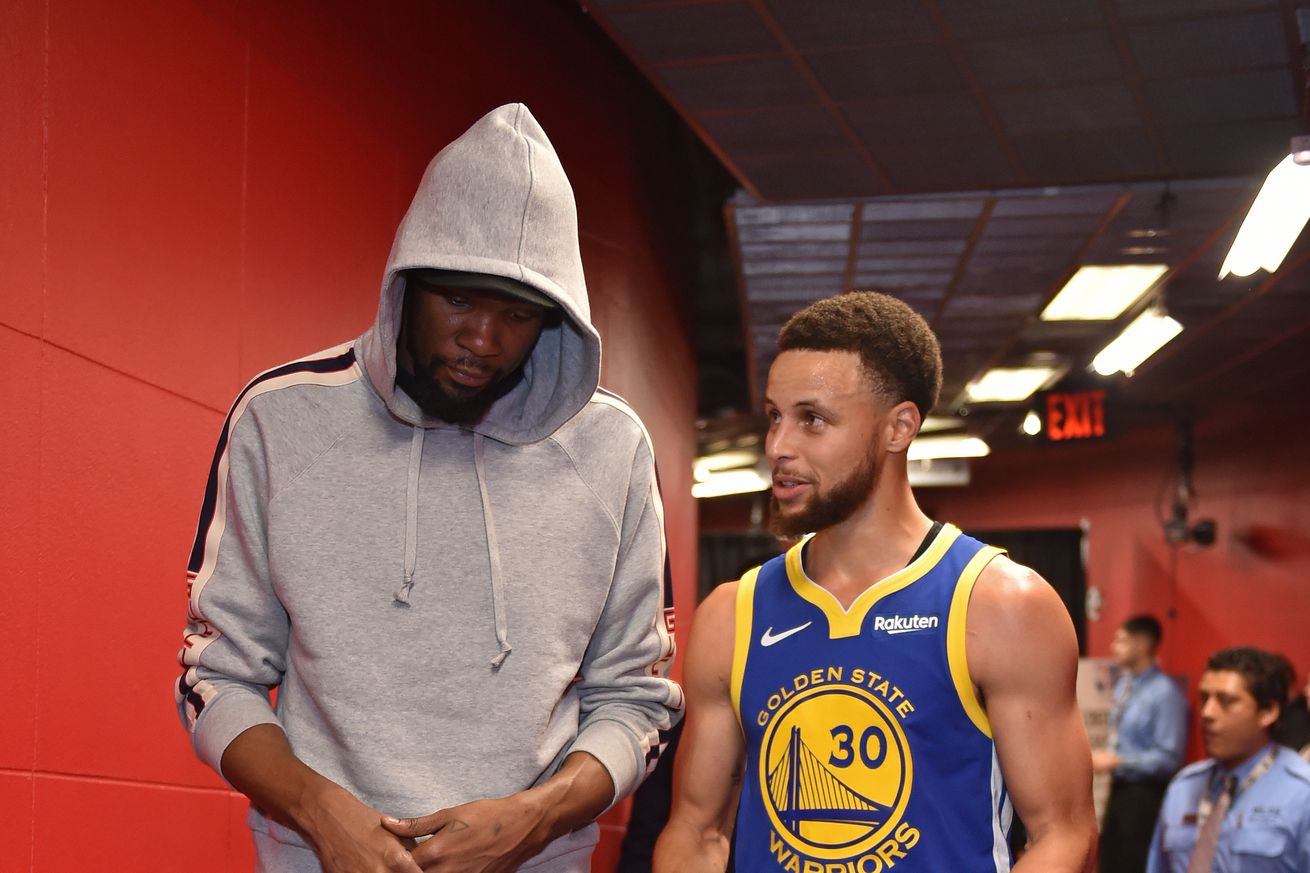 LET’S TALK ABOUT THE YEAR THAT WAS IN THE GOLDEN STATE, BABY!

Thomas “Dr. Tom” Bevilacqua and myself, the “GoldbloodedKing” Daniel Hardee launched a podcast earlier this year after getting fed up with the national media coverage on the Dubs.

We had some pretty cool discussions over landmark events over the calendar year for Dub Nation.

There was the recap for the demise of the Houston Rockets last May when we were joined by GSoM godfather Nate P.

Then there was that time before the NBA Finals that we were joined by the Raptors HQ squad for a riveting discussion on who was gonna win the championship.

And we can’t forget The Athletic’s Marcus Thompson II joining us during the height of the “will Kevin Durant play in the Finals?!” drama. This was one of the coolest experiences in GSoM history; MTII really gave us some heartfelt and hilarious insight.

And who can forget when Brady Klopfer a.k.a. SB Nation’s designated survivor joined the pod during summer league to break down the INSANE offseason turmoil and make wild Warriors-related predictions.

Now that leads us to our final pod of the year, a doozie featuring the return of Nate P. in a recap of the year that was in Golden State. Enjoy!