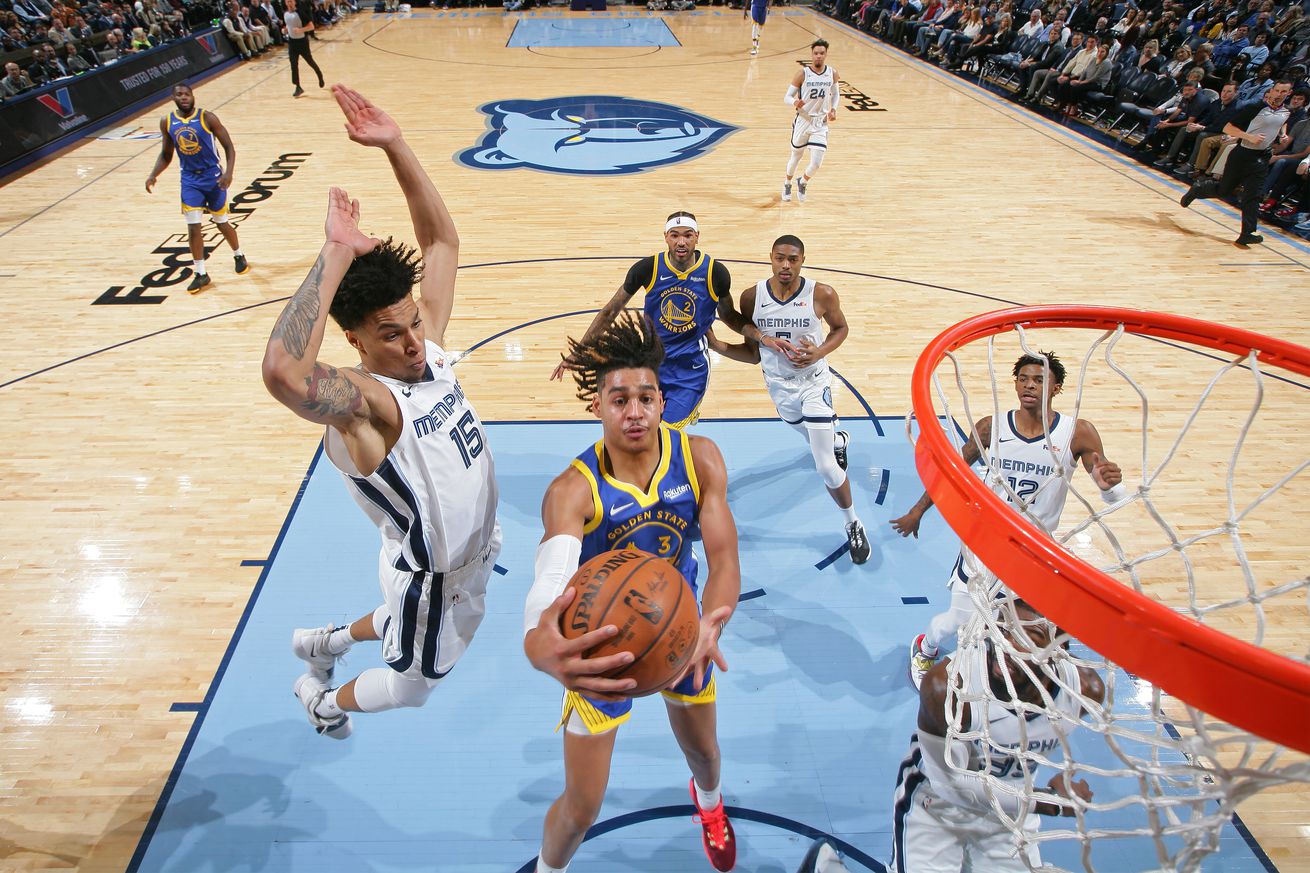 Finally, some help on the wings: Jacob Evans listed as day-to-day and may play; Damion Lee is probable for Golden State

While I’m more than a little despondent that the Golden State Warriors blew their chance to go 4-20 for meme street cred, it feels real good to finally get another win under their belt. After knocking off the Chicago Bulls, the Warriors have a chance to do the unthinkable tonight: win two games in a row.

More help is on the way for Golden State

So yeah, I know that in a vacuum the return of Jacob Evans and/or Damion Lee might not be that big of a deal, but for this team it’s huge.

Jordan Poole has been bad. Abysmal even.

Due to the roster issues Poole has been asked to shoulder a heavy load and it flatly has not gone well. He has taken the fourth most shots on the team, as per Basketball Reference but the high usage has not translated into any sort of positive impact. He’s 59 of 229 from the field (25.8%) and 29 of 118 from deep (24.6%) and… you may want to sit down for this: his defense is probably worse.

So yes, the return of either Damion Lee or Jacob Evans will be a huge boon. Lee is a more natural rangy scorer, and Evans can do a bit of everything at an NBA level. Yeah, I know these compliments are vaguely worded, but again, we are scraping the bottom of the barrel here.

For me, I’m more excited about Evans. The Warriors defense has been a sieve, and while defensive metrics are notoriously unreliable, Evans passes the eye test as a plus defender.

Ky Bowman has used up 29 of his allowed 45 days with the team so Golden State will need to work these players into the rotation as quickly as possible. I looked around, but the team has been incredibly evasive about what the plan is in regards to Bowman’s dwindling allowable time with the team, especially as compared to his growing importance.

By trading all their best players away, the Memphis franchise has signaled that they’re embarking on a rebuild. With big name rookies already in hand, the team would probably like to be doing a bit better; but maybe like us, they’re playing for a draft pick and some moral victories rather than a great record.

Memphis – already living near the bottom of the standings – has suffered a couple of setbacks (with relatively minor injuries) that have sidelined two of their best players. Ja Morant (back) will likely be unable to another potential Rookie of the Year showdown with Warriors’ Eric Paschall; and the Grizzlies are also down Brandon Clark (oblique), who is their fourth leading scorer.

They’ve lost three games in a row now, most recently on Saturday against the Utah Jazz. While Memphis surely circled this Warriors game as a probable road win, they’ll have to beat a Warriors team that has been much more competitive at home, and in general has been playing noticeably better lately. For a bad team, coming in against any opponent short-handed is often an insurmountable obstacle.

Sorry, the Warriors are probably going to lose this one. Memphis has lost three in a row, but that just means they’ll be extra hungry for a win against the easy Warriors.

But also, how are you readers liking these preview? I’m ending up writing almost all of them this season, so use the poll below to let me know what you’d like to see.